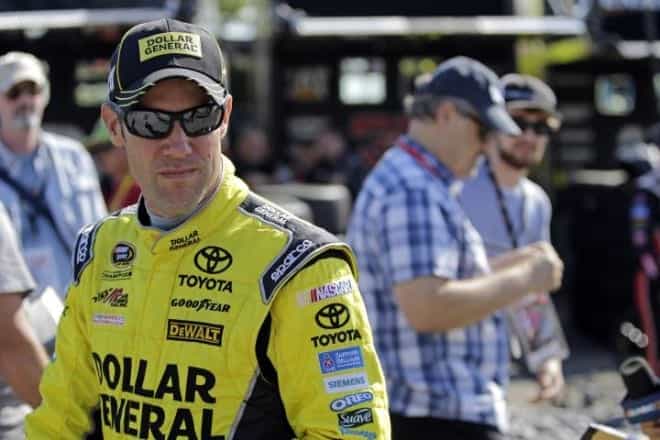 If Friday’s qualifying session at Michigan International Speedway was any indication, Joe Gibbs Racing is the team to beat.

“Jason (Ratcliff, crew chief) and these guys did a great job with out Dollar General Camry,” said Kenseth. “We definitely didn’t have the speed in practice and they made some great changes for qualifying there and got a couple good laps.

I messed up turn four a bit on that last lap, but we just had such incredible speed the rest of the lap that we were able to overcome that and get it.”

“It almost seems like an F1-type race out there in qualifying, and our organization is really making strides,” said Hamlin of JGR. “I think that it almost becomes a challenge within yourself to not be the last within your organization.”

Kyle Busch was forced to settle for sixth on the charts with a 36.838-second lap, just missing a chance to give JGR the top four starting positions at the Brooklyn, Michigan circuit.

“In the final round there, it was just a matter of not screwing up or it could have been all top-four,” said Busch. “I just got too tight there and didn’t hit the lap perfect and we ended up sixth.”

Austin Dillon (36.750) and Tony Stewart (36.833) split the JGR teammates in fourth and fifth, continuing a string of good qualifying performances for both drivers.

The qualifying session was held with single-car runs due to the high-drag rules package the teams are competing with this weekend.

The stars of the Cup Series will return to MIS on Saturday for practice at 8:30 a.m. ET.