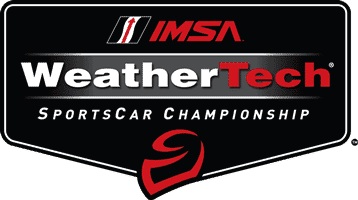 With a new partner and strong schedule, IMSA is ready for another strong year in 2016.

The organization used part of its “State of the Series” presentation to announce a new entitlement partnership with WeatherTech, along with 10-year extensions with current partners TUDOR and ROLEX.

The schedule will include 12 races, all ran at venues that held IMSA WeatherTech SportsCar Championship races in 2015. The races will all be televised by FOX Sports.

The season will range 10 months, beginning with the 54th-annual Rolex 24 at Daytona on Jan. 30-31, which will serve as the debut for Daytona International Speedway’s new $400 million “Daytona Rising” project. The WeatherTech Championship Prototype (P) class will feature a 10-race schedule, while an 11-race calendar is planned for the Prototype Challenge (PC), GT Le Mans (GTLM) and GT Daytona (GTD) classes.

“The schedule of world-class venues that host WeatherTech Championship events continue to be one of IMSA’s most significant assets for our stakeholders and race fans,” said IMSA President Scott Atherton in a release. “We’ve been able to confirm our following year’s schedule in August for the second consecutive year, which provides clear direction for our teams as they make their plans and speaks to the great relationships we’ve developed with our event promoters. Wherever possible, we’ve also preserved date equity and made strategic additions to the content at some venues, giving us 12 strong events in 2016. I’ve said it before, but our 2016 calendar provides our teams, marketing partners and most especially, our fans, with one of the best schedules in the industry – we couldn’t be more pleased.”

The series will continue to hold the annual Tequila Patrόn North American Endurance Cup. The championship, held within the greater series tour, will consist of four prestigious endurance events. The series will begin with the Rolex 24 at Daytona, continuing when the field heads to Sebring International Raceway on March 19 for the 64th Mobil 1 12 Hours of Sebring Fueled by Fresh From Florida. The Sahlen’s Six Hours of The Glen will serves as the third race of the tour, moving back one week from its previous date to July 3. The season will then conclude on Oct. 1 at Road Atlanta in Braselton, Georgia with the Petit Le Mans powered by Mazda.

The IMSA tour will get its first taste of on-track action with an IMSA-sanctioned test for all four WeatherTech Championship classes at Daytona International Speedway on Nov. 17-18. The field will return to the Daytona Beach, Florida track for the Roar Before the Rolex 24 test on Jan. 8-10, 2016, before competing at the track on Jan. 30-31.