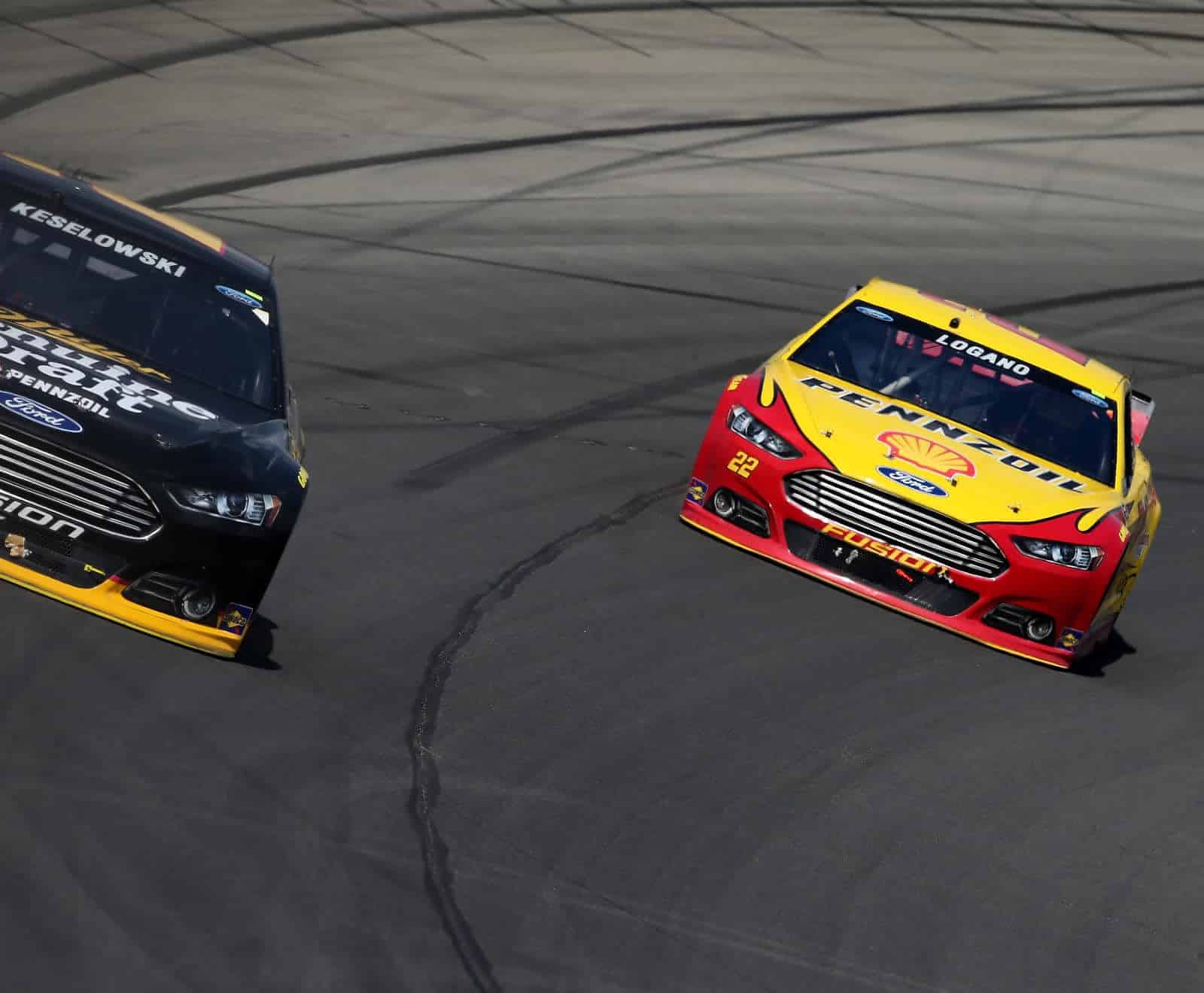 After two attempts at running the high-drag rules package, the stars of NASCAR seem to agree about one thing: They never want to see it again.

The package, instituted in today’s Pure Michigan 400 at Michigan International Speedway, as well as the Brickyard 400 and Indianapolis Motor Speedway, was tested in an attempt to encourage drafting and passing.

Running at two superspeedways, NASCAR’s hope was that the cars would punch a bigger hole in the air, allowing the trailing car to suck up on the lead car and slingshot past them. However, the package instead made passing difficult as drivers found their cars too ill-handling to pass.

Following the conclusion of Sunday’s race, many drivers refrained from voicing their opinion on the package.

“It’s not my right to say. It’s not my sport. Whatever they want to do, I’ll race it. That’s my job,” said Brad Keselowski. “I think we saw almost exactly what everyone thought we’d see. I’ll let you guys be the judge of if that was good or bad.”

“I’m really proud of my team and the things that they did to prepare for this race, and we had a good, strong day,” said Kevin Harvick when asked about the package, completely dodging the question.

While most drivers dodged questions, a couple of the race’s top finishers were open and candid about their experiences.

Asked if he wanted to see this package again, or a variation of it, Joey Logano had a simple response before walking away: “No.”

Carl Edwards dodged the question at first, but opened up about his frustration upon further questioning.

“Man, just a great day for (Joe Gibbs Racing),” Edwards joked, a smile across his face. “I don’t think we’re going to be running this one again, so we’ll just focus on the package that we’ve gotta race the rest of the year.

“I’ll say this. I think it’s pretty clear that the more aerodynamic devices you put on these cars, the bigger hole that they put in the air, the worse it is to drive them and to be able to pass,” Edwards continued. “So, as long as NASCAR just keeps going the other way, as long as they just go to real low downforce…

“If this is worse and Kentucky’s better, let’s just keep going that direction. I really hope we do. NASCAR says they’re working on it. They want the best product for the fans, and this was something they tried. It could’ve worked, but I think it was obvious today that it was pretty tough to pass.”

There are no more scheduled dates for the high-drag package. The opposite package, a low-downforce package used earlier this season at Kentucky Speedway, will be ran again in the Bojangles Southern 500 at Darlington Raceway.

Gee, I actually took a nap, this was a horrible snorefest…they hyped it and hyped it and anybody with a lick of common sense before knew before the green flagged dropped..this was going to be the outcome. Boring, boring..follow the leader. Give this package a funeral and put it in the ground. NASCAR…SMH.

What a beautiful day. I am so glad I decided to skip this mess. Don’t concern yourself too much with the rules, they’ll change a half dozen times before September.

It wasn’t just that it was tough to pass, until the cautions started coming it was hard for them to stay within the same zip code.

But I shouldn’t complain, gave the wife and I the opportunity to go for a nice drive.