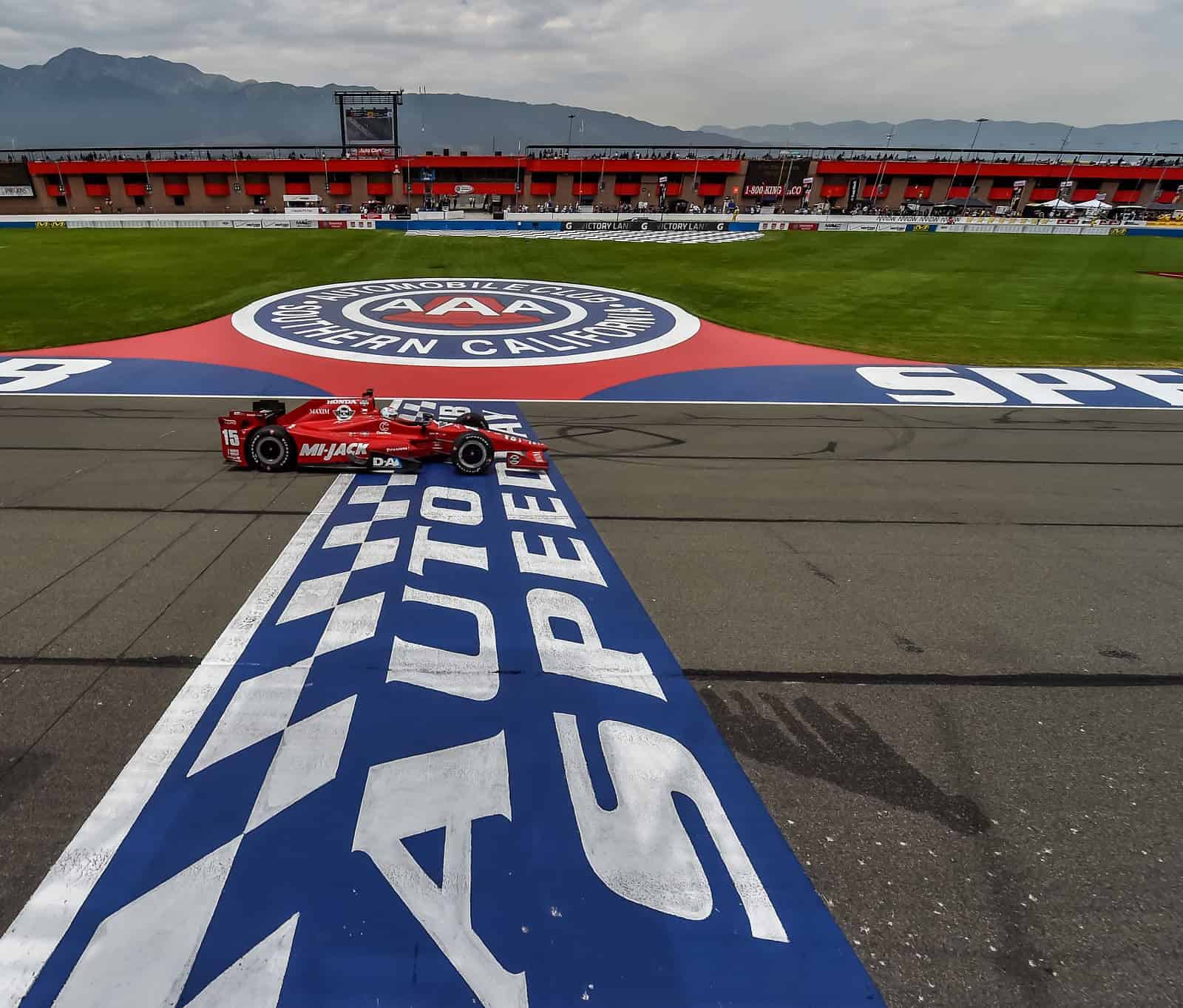 Some weeks, it is tough to cover INDYCAR. For four years now I’ve been covering the sport, and just when it looks like the series has turned the corner, the sanctioning body does something that knocks them right back to Earth. It is utterly frustrating to see a sport with such promise and potential for great things continue to make blunder after blunder, but yet, here we are on another edition of Open Wheel Wednesday, opining about another ill-advised decision made by the powers that be.

Let’s flash back to this past June, Saturday June 27th. On that fateful Saturday afternoon, the motorsports world was treated to what may very well go down as the greatest IndyCar race of all time, held at Auto Club Speedway in Fontana, Calif. The ACS race, which made its return to the sport in 2012, had slowly become one of the better events on the schedule even prior to 2015. From 2012-2014, it served as the location for the series finale, and it almost never failed to produce a great race. The track was happy with its spot on the calendar, and by all indications was happy to continue its relationship with the sport.

But of course, in true INDYCAR fashion, it all went downhill eventually. INDYCAR drafted its 2015 calendar and decided to stick Auto Club with a date in the middle of June and on an early afternoon. For anyone that is familiar with the weather in Southern California at this time, that date was a wasteland. Who in their right mind would come to an INDYCAR race in suburban Los Angeles or basically the low desert, in late June? It’s almost as if INDYCAR wanted the race to fail.

As most of you know, the race ended up attracting an embarrassingly small crowd that likely didn’t exceed 5,000 spectators. The race, however, was a rousing success. The event saw 80 lead changes and a style of racing that meshed pack racing and more traditional intermediate-track racing. The result was a highly intensive test of driver skill that was breathtakingly exciting. Fans, media members, and the entire sports community as a whole, raved over the event, talked about it for days, and dubbed it as one of the greatest auto races in history.

Unfortunately, for as much buzz as the race created due to its excitement, the paltry crowd contributed equally as much buzz of its own, and it wasn’t the positive kind. Officials from INDYCAR and Auto Club Speedway each took to the presses, with each blaming the other for the poor turnout. The PR battle waged for over a month, and the Auto Club side made it clear that if something didn’t change, they wouldn’t be hosting anymore INDYCAR races going forward. You can probably connect the dots as to how that story ended.

Alas, as of last week, INDYCAR will not have a race at Auto Club Speedway in 2016 and likely beyond. Despite Auto Club’s willingness to return to the series, INDYCAR refused to meet the track’s demands, and the frustrating part is that the track’s demands were totally reasonable. Auto Club wanted the race to be season finale contested at night… much like it was from 2012-2014. By all accounts, this set up is exactly what should’ve happened. But INDYCAR proved unwilling to budge. The result is that we have lost the best track that INDYCAR had to offer.

This habit of refusing to work with racetracks has been an ongoing problem for INDYCAR since the series was born in 1996. Chicagoland, Homestead, Kentucky, now Auto Club… the list of tracks that INDYCAR has lost over the years due to an inability to negotiate properly is growing at an alarming rate. The schedule has slowly become a joke: a series that races cars designed for high-speed oval racing is now composed mostly of road circuits, street circuits and uninspiring short ovals. Other than Indianapolis, Texas and Pocono (which, by the way, might not return in 2015), the series is completely devoid of the kinds of oval tracks that the sport is meant for.

Everytime INDYCAR loses a track like Auto Club, the series dies a little bit more. I can not stress this enough: ovals like ACS produce the kind of racing that INDYCAR needs to be a successful, popular series. Street circuits can not and will not cut it. If that means INDYCAR has to lower its sanctioning fee, so be it. If it means that they have to re-shuffle the schedule to help out a circuit in need, so be it.

The days of INDYCAR being able to tell circuits to either meet their demands or piss off are long gone. This is your wake-up call INDYCAR, you need America’s big oval tracks more than they need you. I suggest that the powers that be learn that now, or else this ship is going to start sinking once again.

Meh? Just not a fan of open wheel cars on cookie-cutter, no matter what the circumstance. Fish out of water sorta deal to me. Regardless, this was a successful event as the season finale, & i’ll agree, it was a mistake to tinker with it. But to me, any Indycar schedule that omits WGI is a much bigger mistake! Being from the WGI area & having attended many races there, I find continual omitting it from the Indycar schedule appalling!

IndyCar runs so few races a year it’s inconceivable to me that a suitable date that wouldn’t bake the crowd couldn’t be found. Now, I will say that starting a season finale late at night for those on the East Coast is a great way to kill one’s enthusiasm. That is something I will not understand and can’t support. It’s a slap in the face to fans who support the series. And it’s not like IndyCar has a surplus of fans.