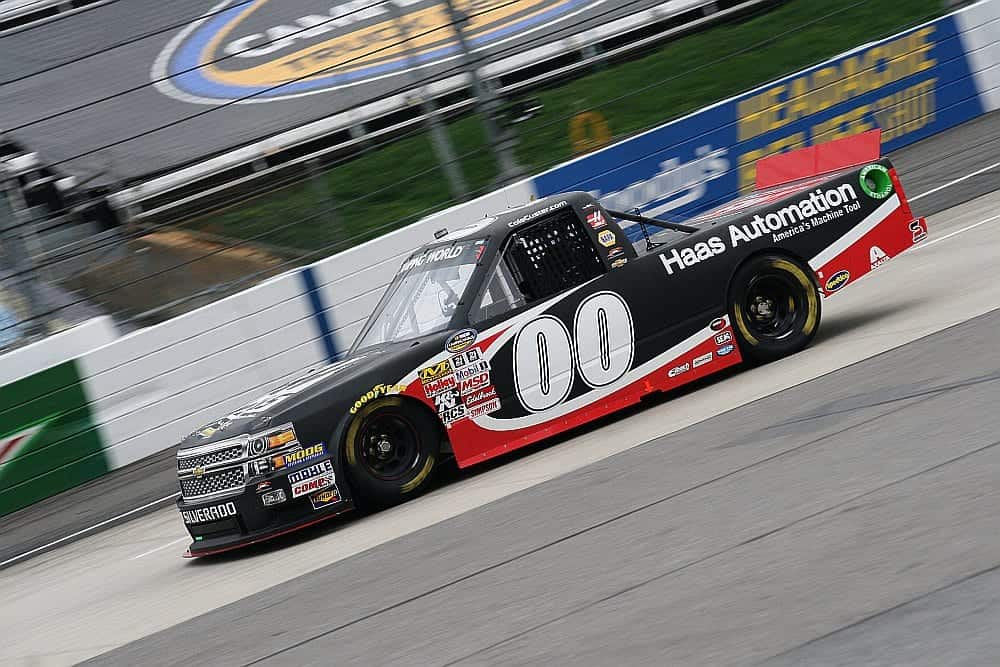 Dalton Sargeant, who is making his Truck Series debut tonight, ended up sixth quickest, though he did run as high as third early in the session. Ben Kennedy was seventh, followed by Cameron Hayley. Caleb Holman and points leader Tyler Reddick rounded out the top 10.

Matt Crafton and Erik Jones, who are both within 10 points of Reddick in the championship battle, ended up 14th and 17th, respectively.

Practice was halted by two red flags, one for a rabbit loose on the track and the other for a short rain shower. Late in the session, Daniel Suarez wrecked his primary truck and will have to go to a backup for tonight’s event.

Qualifying for the UNOH 200 presented by ZLOOP will begin at 4:45 p.m. ET, and the race will be at 8:30 p.m. ET on FOX Sports 1. Both qualifying and the race could be affected by a forecast of rain off and on throughout the day and night.