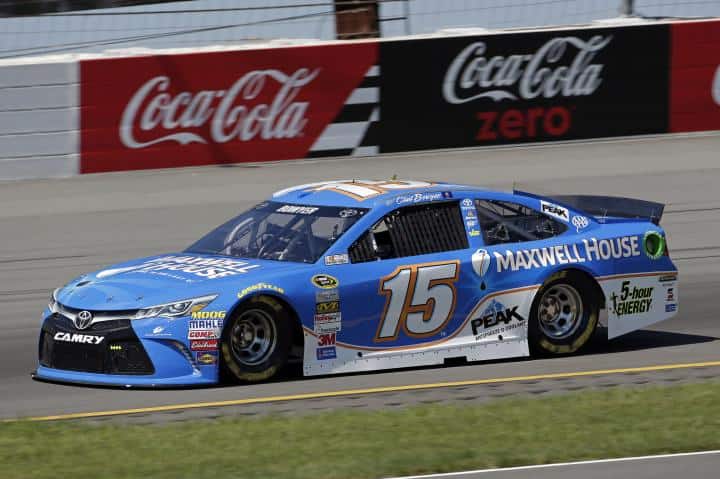 A day after NASCAR welcomed a new sponsor into the fold, they woke to the loss of a full-time team.

Michael Waltrip Racing announced Wednesday that it and driver Clint Bowyer have agreed to separate at the end of the 2015 season. The move comes weeks after MWR co-owner Rob Kauffman announced he was pursuing a partnership with Chip Ganassi Racing, and heightens the speculation that Bowyer will follow Kauffman to CGR when the paperwork is signed.

In addition, MWR announced that they will not be fielding a full-time Sprint Cup operation in 2016, a blow to the sport and manufacturer Toyota, whose other multi-car teams in the Cup circuit include Joe Gibbs Racing and BK Racing.

The decision to part ways with Bowyer was an amicable one, and with the closing of the race shop after 2015, other MWR drivers Brian Vickers, who is sidelined with blood clots, David Ragan (subbing for Vickers) and Brett Moffitt (a development driver farmed out to Front Row Motorsports in exchange for Ragan) will also be without full-time rides next season.

Kauffman said that despite the news, the team will compete hard for the remainder of the season.

“This decision was made after weighing several different options and scenarios,” he said in a release. “I felt it was important to make an announcement as soon as we had clarity, so that is what we are doing today.”

MWR joined the Sprint Cup circuit full-time in 2007, leading the charge for Toyota’s foray into Cup racing. After two years of growing pains, MWR was able to notch its first win in the rain-shortened 2009 Coca-Cola 600, and would add six other victories between then and 2013.

Bowyer’s No. 15 team led the biggest assault on the Sprint Cup championship for MWR, finishing runner-up in 2012 to Brad Keselowski.

Just one year later, in the final race of the regular season at Richmond, the same No. 15 team faced scrutiny after spinning out unassisted in the closing laps, a move that helped then-teammate Martin Truex Jr. qualify for the Chase. NASCAR penalized MWR for manipulation following the race, which removed Truex from the playoffs.

With the amount of negative publicity surrounding the team, morale dropped, long-time Waltrip sponsor NAPA Auto Parts left the team and the team was forced to let Truex go in contraction.

Since then, the team has scored only nine top-five and 34 top-10 finishes and did not qualify any teams for the Chase in 2014.

“I want to thank Michael, Rob and everyone at Michael Waltrip Racing that made these past four years special,” Bowyer said. “After extensive discussions with Rob and MWR, we came to the point that we mutually agreed our paths in the future just didn’t align… I am looking forward to what future opportunities may come but for now we have a championship to pursue in 2015 and we owe it to every one of our sponsors, partners, employees and fans to deliver on and off the track.”

For Waltrip, the announcement marked the end of full-time ownership in the Cup Series.

“My family has been a part of NASCAR for almost five decades and I plan on being a part of it for years to come,” he said. “I would not have had the opportunity to start this journey without so many great partners, sponsors and employees and I want to thank each of them for making Michael Waltrip Racing a reality.”

Waltrip currently serves as an analyst for NASCAR on FOX’s coverage of Sprint Cup and in the booth for the network’s Camping World Truck Series coverage.

Is the proverbial writing on the wall, now? The scenario I could see playing out would be FurnitureRow becoming sattelite JGR/TRD, buying out the 55 assets (vehicle, facilities, sponsor loyalty [if any exist, still]), and perhaps addinga 3rd car for “developmental” driving by Erik Jones/Daniel Suarez. Vickers is finding a home in the NBC booth, but he might be able to return next year on a parttime basis to run a 3rd car with one of the youngsters filling in to round out a 20 race year (a-la Ryan Blaney this year). As for Clint, he and the 15 joins the 1 (for the first time in the same garage since 2007 at DEI) and the 42 in that RCR alliance team

not like a blindman couldn’t see this coming. wonder how long it will be before michael waltrip declares bankruptcy? not being negative here, just a realist.

i feel bad for the employees. mwr’s time in cup started with controversy with fuel additive. the credibility kiss of death was the spin and teammate is in chase.

good luck to everyone.

wonder when kauffman will make announcement about joining ganassi?

This was expected. Kaufman is going to take the 15 team, its sponsors and anything of value to Ganassi. You have to feel for the people in the MWR shop. MWR had all the pieces in 2013 to emerge as a consistent contender, but Richmond screwed it all up. I’m guessing all the “silly season” dominoes will start falling. Bowyer to Ganassi, Furniture Row to Toyota (maybe expansion), RPM to Chevy and RCR to replace Furniture Row, Hornish out of the 9 for probably Regan Smith or David Ragan? I wonder if there will be a shake up at Roush? Stenhouse out for Buscher?

RPM is aligned with Penske in ’16, which is an arrangement met mid-season this year that squashed the rumors about RPM switching manufacturers. I’ll admit, Hornish does seem vulnerable & that unsubstantiated rumors are abound, but I have seen no indication from RPM that they are looking elsewhere. And, imo, it’s more probable that RFR is putting Buescher in a 4th Cup car (#99), rather than drop anyone, which Jack himself tentatively indicated such last week.

The move by Kaufman, to shut down, or at least allow, his own team and buy into another team is interesting to say the least. Something more that is not apparent going on.

If I had my wish MWR would continue but MW would have lost his contract with FOX. That way the team and all the people depending on jobs would be fine but I wouldn’t have to hear or see him every week.

All these rumors and speculation about this team or that team adding a 3rd or 4th car for next year. Yet where are the companies that are going to put up the millions of dollars to allow these teams to do so? Wonder if we aren’t being just a tad optimistic?