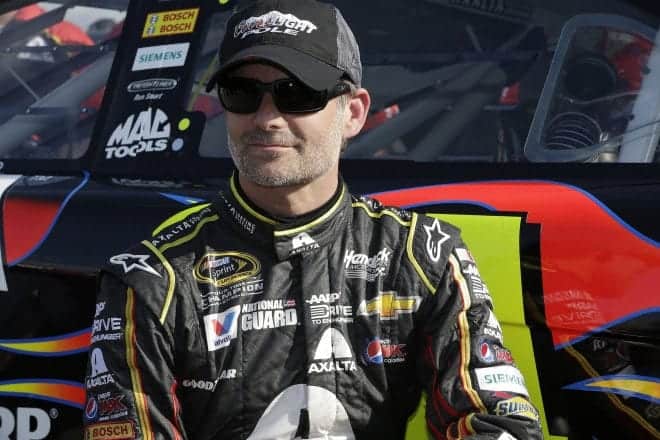 Tracks have been saluting Jeff Gordon all year as the four-time champion and legend of the sport competes in his final races this season. On Friday, Charlotte Motor Speedway announced their tribute to Gordon.

The program cover was designed by NASCAR artist Sam Bass, who also created Gordon’s iconic rainbow paint scheme that was run from 1992-2000 and is making a special appearance this weekend at Bristol Motor Speedway.

The cover of Bass’s program shows Gordon both as a rookie with his rainbow scheme and today with his 3M scheme.

In addition, CMS announced a 24-day multimedia salute to Gordon, including videos and photos by both celebrities and fans paying tribute to the driver who won five times at Charlotte.

CMS also announced that they will paint the town “24” during race week.

For more information on the tributes, as well as instructions on how fans can share their own memories, visit JeffsLastRide.com.