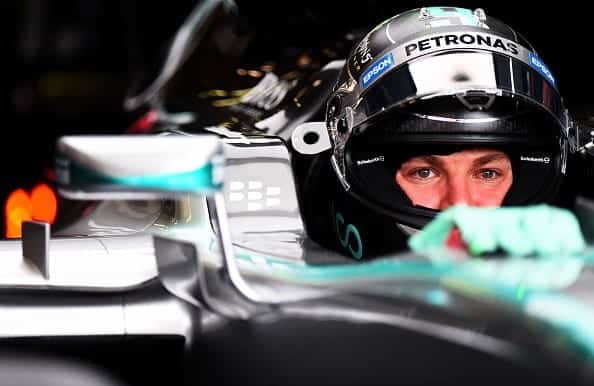 Formula 1 returns from its self-imposed summer shutdown to emerge in Belgium. This respite in the calendar encourages everyone to take a moment and get away from the pressure cooker world of the sport. During this time the team factories are shut down and everyone scatters. Lewis Hamilton provided the headlines with his jaunts with Rihanna, but everyone else seemed to spend their time quietly – save Jenson Button (more on him below).

With no on-track action these past few weeks, everyone can now resume with renewed enthusiasm and vigor. The question will be whether or not there’ll be the semblance of change regarding the results. Mercedes continues to hold their position at the top of the standings and there’s nothing to make it seem like things will change, as the only two races they’ve lost, Malaysia and Hungary, could be argued to be giveaways by them.

The result in Hungary did showcase that something in the Mercedes launch might not match others. But the big aspect is that there’s more focus on limiting the interaction between the driver and crew in terms of the information that can be shared. More and more the sport is focusing on making the driver being the one determining how to manage tires, how to run the car, and how to deal with teammates.

This part of the sport is intriguing. For as much technology as involved, why not share as much as possible in the hopes of putting together a winning strategy. The argument against it would be that the drivers need to be a more integral part of the race, as they have seemingly been mitigated by all of the information the teams have at their disposal and the overall engineering of the cars.

This issue will continue and will draw criticism and applause. Maybe it will be the one thing that slows the Silver Arrow.

This weekend F1 is spending its time at Circuit de Spa-Francorchamps. The track first came to life in 1925, and has held a consistent presence on the calendar since, though not without periodic interruptions. The track has gone through four different layouts but not stands at almost 4.4 miles in length, featuring 20 turns. The tremendous elevation changes provide one of notable challenges as does the treacherous turn 1. Michael Schumacher leads the way with six wins while Raikkonen, with four wins, leads active drivers.