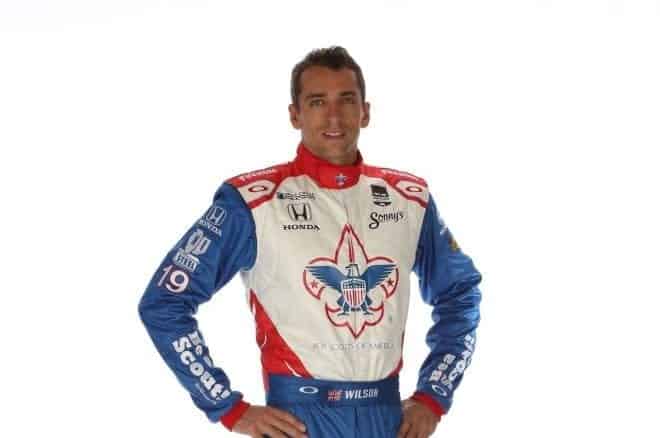 “This is a monumentally sad day for INDYCAR and the motorsports community as a whole,” said Miles. “Justin’s elite ability to drive a racecar was matched by his unwavering kindness, character and humility – which is what made him one of the most respected members of the paddock. As we know, the racing industry is one big family, and our efforts moving forward will be focused on rallying around Justin’s family to ensure they get the support they need during this unbelievably difficult time.”

A native of Sheffield, England, Wilson made his major series debut in 2003, driving for Minardi and Jaguar.

Wilson transitioned into CART in 2004, scoring four victories, 15 podiums and twice reaching a career-best finish of second in series points from 2005-2007. Wilson continued to find success as CART merged with IndyCar in 2008, competing full-time in the series from 2008 through 2014 and adding three wins to total seven career victories.

Wilson was competing in his sixth start of 2015 with Andretti Autosport at Pocono when he was struck by debris during a single-car during a lap 180 crash. Wilson was attended to by the Holmatro Safety Team and airlifted to Lehigh Valley Hospital-Cedar Crest in Allentown, Pennsylvania before succumbing to his injuries.

Thoughts and prayers for Justin Wilson’s family and friends.