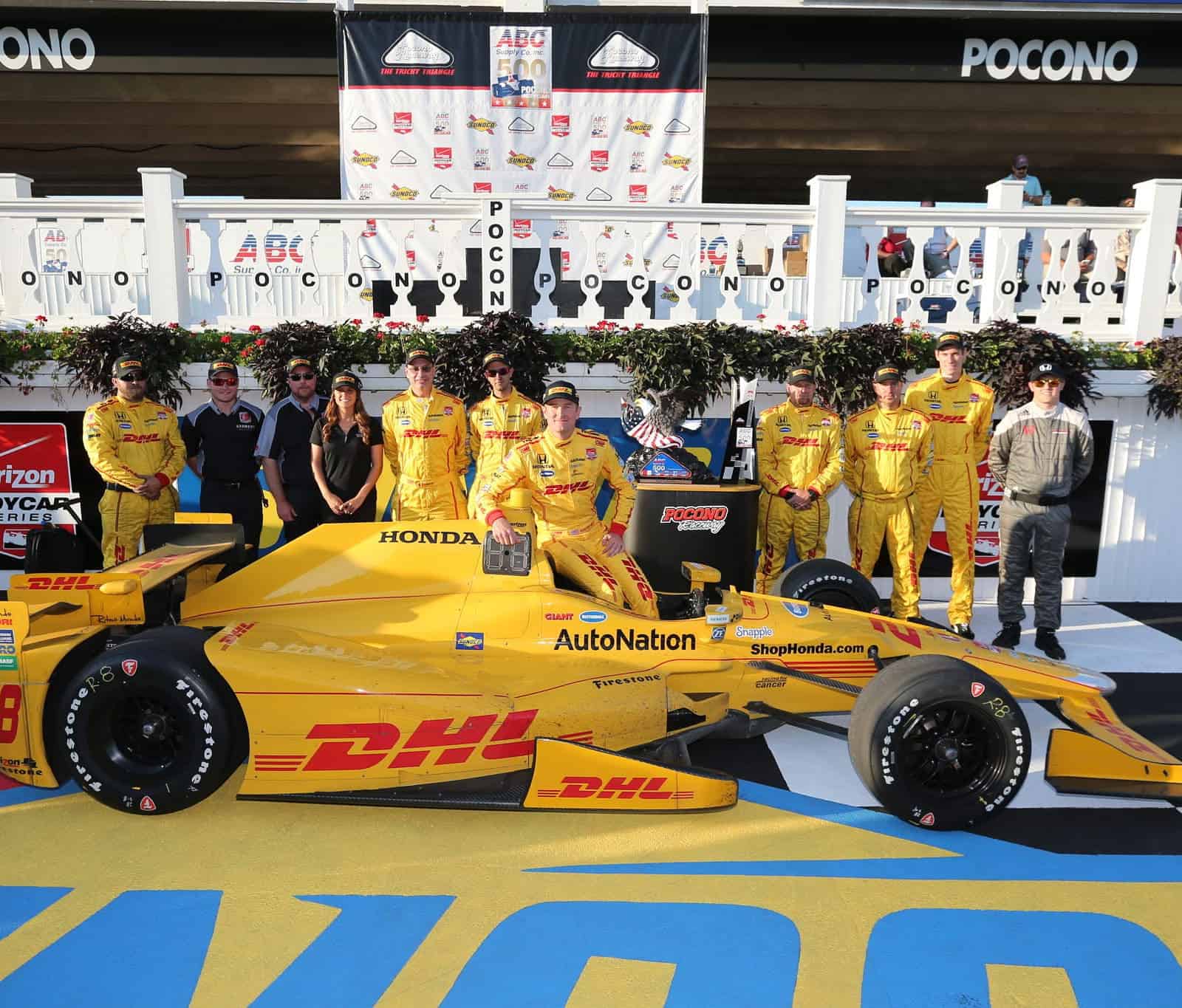 In a Nutshell: A competitive race ended under somber circumstances as a late-race accident involving Justin Wilson and Sage Karam cast a pall over Pocono Raceway. The incident resulted in both drivers sustaining injuries, with Wilson’s condition being largely unknown at the time of writing. Ryan Hunter-Reay claimed his second victory of the season, but that was the least of anyone’s concern by the race’s conclusion.

Key Moment: On lap 180, rookie driver Karam spun coming out of turn 1 and crashed hard on corner exit, creating a massive debris field that the rest of the field quickly tried to maneuver through. Karam’s nose cone continued to bounce long after Karam’s crash and made direct impact with the helmet of driver Wilson. Karam sustained a foot injury in the crash, but was otherwise deemed to be OK. Wilson, on the other hand, did not fare as well. At the time of writing, all that is known of Wilson’s condition is that he sustained a head injury due to the incident and was unconscious and unresponsive when safety workers extracted him from his car.

Hunter-Reay ran a superb race all day long and was a deserving victor at the end of the race. Hunter-Reay made a series of daring passes in the race’s waning laps to grab and maintain the lead en route to his second victory on the season. But perhaps more importantly, Hunter-Reay’s class in victory lane was what shined the most. Instead of going on about his win, Hunter-Reay went out of his way to profess his concern for his friend Wilson and wanted nothing more than an update on his condition. That sort of humility and selflessness is precisely what makes Hunter-Reay the well-respected veteran of the sport that he is.

“Hate seeing this race finish this way. I really wanted a thrilling finish to watch as did all of you, but glad no more accidents.”

“We took our time and were smart. I think we had a car that could win the race, but it wasn’t worth risking it (with title contenders running behind him). We did what we needed to do today.”

“We came through the field several times and the team gave me what we needed.”

At the time of writing, no updates were available on the condition of Wilson. Frontstretch will continue to publish updates on Wilson’s condition when they become available.

Next week’s race will be the season finale at Sonoma Raceway. The Honda Indy Grand Prix of Sonoma can be watched live on Sunday, August 23, 2015 at 4 p.m. on NBC Sports Network.