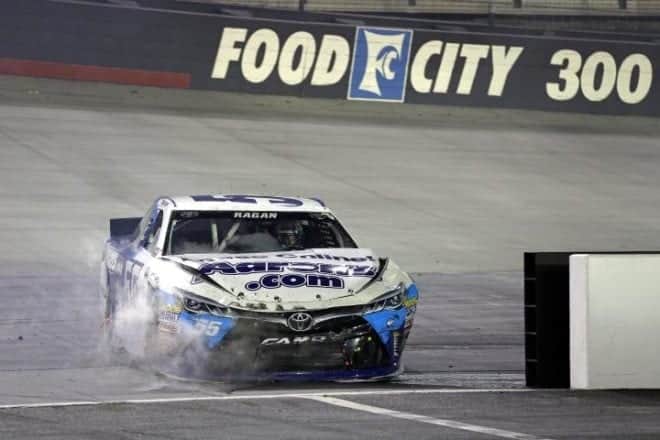 ONE: Prayers for Justin Wilson’s family, friends, and team

The penultimate race of the 2015 Verizon IndyCar Series at Pocono Raceway was shaping up to be a real classic of a 500-mile encounter with plenty of passing and riveting action. Then, on lap 179 of the scheduled 200, disaster struck. Sage Karam spun out whilst leading the race and it appeared that a piece of the debris from his wrecked vehicle hit Justin Wilson, a hugely affable and popular veteran driver, in the head as he drove through the site of the wreck. Wilson was immediately transferred to Lehigh Valley Health Network Cedar Crest Hospital in Allentown, Pa., where he passed away on Monday at the age of 37. No question, this is another huge blow for the IndyCar Series ahead of the season finale at Sonoma Raceway this Sunday afternoon. All the talk this week should have been about multiple drivers still in contention for the title but instead the story is, sadly, very different to the excitement of whom might win the big prize. Prayers for everyone involved.

TWO: Will Bowyer’s season come down to Richmond?

Oftentimes with NASCAR, you’re only as good as your previous week so in some senses it doesn’t pay to speculate prior to a trip to the tight confines of the Lady in Black but don’t you just get the feeling Clint Bowyer’s season will come down to what happens at Richmond International Raceway. After all the issues from “Spin-Gate” at the back end of 2013 we had one very final ramification in the past couple weeks that reverberated through the sport with the news that Michael Waltrip Racing will cease operations at season’s end. So, doesn’t it seem almost written in the stars that the success of Bowyer’s season (and possibly his future prospects) will come down to 300 miles and 400 laps race at the venue that saw its first Cup race all the way back in 1953? Of course, it could be sorted after a 500-mile jaunt around Darlington Raceway, with Bowyer currently 35 points up on Aric Almirola and 37 markers ahead of Kasey Kahne. But depending on who wins, Jeff Gordon sits only 17 points ahead of Bowyer. Could we see a situation where Bowyer and Gordon are racing for the final slot at Richmond? What delicious irony that would be?

With race number 24 in the books, we’re exactly two-thirds through the 2015 Sprint Cup season. Just 12 races – including the crucial final 10 – remain on the schedule once the off-week has been navigated. For the hard working staff of the Cup garage, it’s a chance to regroup, tool up, and prepare for the 12-race dash to the finish and the awarding of the silverware at Homestead-Miami Speedway on November 22nd. In truth, this hasn’t been a great season, and as yet we’ve not seen a first time winner. That said, Martin Truex Jr.’s emotional and hugely popular win at Pocono Raceway almost felt that way. There have certainly been some other good moments. Dale Earnhardt Jr. winning back-to-back restrictor-plate races in dominant fashion for one. Kyle Busch’s spell of four wins in five races, a stunning display of hunger to make up for lost time, was another.

But for the most part this year a lot of fans have been talking about aero packages. And when that’s the case you know something is awry. So with 12 races to go, what can we expect for the rest of the year? Headed into the second year of the new Chase format, teams have at least one set of data to analyze, so it will be interesting to watch how drivers and teams approach the smaller three race segments differently this time around. First though, we have two night races at a pair of iconic NASCAR venues: Darlington Raceway almost never disappoints and I don’t expect it to start now, while Richmond International Raceway, with potential Chase implications on the line, should be a great way to round out the regular season.

In the week after the Watkins Glen race, a great friend wrote to me about my column. He likes to give me a hard time when he disagrees with any of my points. And just for the record, by hard time I basically mean a ton of abuse. His complaint that week was that I hadn’t mentioned the race winner from the previous weekend: his favorite driver Joey Logano. I argued with him that I didn’t always mention the winner and in fact I’d written on the driver of the  No. 22 Ford Fusion just the week previous. But after a second straight victory in the Bristol night race and a second win in three weeks, it would be remiss of me not to say something. Plus, I don’t want a voicemail full of choice language. In the past couple months much of the talk has rightly surrounded the improvement for Joe Gibbs Racing. But quietly (or perhaps not so quietly now) Logano and Team Penske have also run well. Logano’s last seven race finishes have been: second, fourth, second, 20th, first, seventh and first – good enough for a 5.2 average finish. That’s championship caliber form just at the right time. At Homestead-Miami Speedway last year, Logano’s day was ruined by a pair of pit-road miscues but the fact remained on speed he was right there. As we head into the playoffs once more, expect Logano to be a serious threat to win it all.

And finally this week before we head into the off weekend, a quick shout-out to all the drivers and teams bringing throwback paint schemes to Darlington Raceway for the long-awaited return of the traditional Labor Day race. You can see all these throwback schemes (more than 20 drivers will be running these) on Jayski.

There are some brilliant efforts here – let me know your favorite one below in the comments section – and I particularly enjoy the Mello Yello Days of Thunder scheme that Kyle Larson will be running. Good stuff all round. Here’s to a great race at the track too tough to tame. Enjoy the off week, folks.

Sir, I’m curious. Do you really believe, given what an unpopular figure Michael Waltrips is, that anyone cares much what becomes of MWR?

I concur. Given that the reason for MWR downfall was of their own making. Unless you have been living in a hole for the last few years, you know I’m talking about Spingate. Everything went down hill at that organization since then and I don’t think too many fans will have sympathy for Michael Waltrip or Clint Bowyer for feeling the pain a bit. Sure, Bowyer will find a new ride and Michael still has his TV gig, but you can’t just help but smile a little bit for Martin Truex after what he went through not of his own making. You hate to see teams fold and drivers not find rides, but this is entirely of their own making, so I for one won’t be headed for the tissue box anytime soon.

I just hope this doesn’t free up Mikey to be on television more. I’ve been enjoying his absence.

ha, Carl D, considering that TV will most likely be Mikey’s only incoming – unless he also acts as a pitchman for some companies, we are, unfortunately, more likely to see more of him, instead of less.

I happen to agree with you. I enjoy his absence as well. He is the major reason I don’t watch the truck series telecasts.

But is the ambivalence towards MWR unique? I doubt whether “fans” really care about the fate of any of the teams. Individual drivers yes, teams no.

Modern era fans, probably not. As long as it isn’t “their” driver’s team folding. And with the competition and media focus on a handful of teams, most of those fans don’t know enough about a non-Hendrick or Gibbs team to have any empathy.