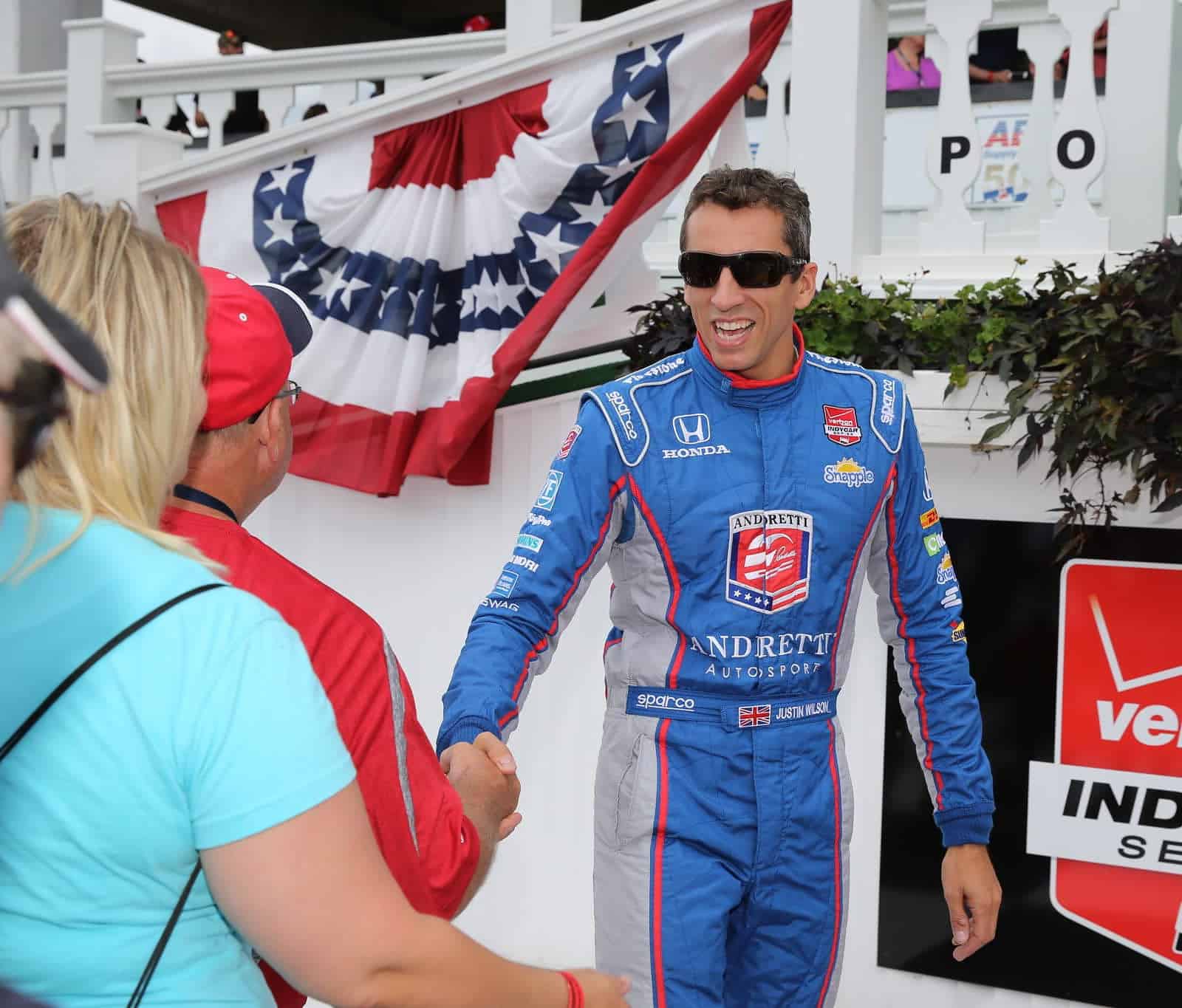 There’s a place in motorsports where tradition and progress sometimes clash, and more often than not it’s tradition that prevails. It’s understandable because so often fans, owners, and drivers lament that things just aren’t like they used to be and no one values tradition. No one wants to drive fans and competitors away so ideas that bring about too many complaints about violating tradition often get put to the side. Unfortunately sometimes the reasons for putting aside tradition are made abundantly clear in the most painful way possible.

Sometimes it’s just a matter of “we’ve always made them this way and it would take some doing to change the design. Do we really need to change it enough that we should put all that work into it? We’ve always been fine with it before.”

Such is the case for open-cockpit racecars. Why, essentially, are they open? Well, because they’ve always been open. OK, that’s the easy answer, but when they originated, they weren’t going nearly as fast as they are today. We also didn’t know all the things we know today either. Football players used to wear leather hats and think they were good enough too.

It hasn’t always been fine either. Definitely not in the last 10 years, at least, it hasn’t been fine. Felipe Massa took a spring to the head and suffered serious head injuries in a Formula 1 race in 2009. Thankfully he made a full recovery. Dan Wheldon died from a blow to the head when his car got into the catchfence and sturck a support pole in 2011. At the time, the conversation turned to how to fix the fence. Why just the fence? Why not the car?

James Hinchcliffe was hit by a piece of debris during the Indy Grand Prix last year and suffered a concussion. Dario Franchitti is retired thanks to a head injury suffered when his car got airborne and got in the fence two years ago. Again we talked about the fence, but not about what could be done to make the car safer in a situation like that.

The idea of enclosing the cockpit has been batted around, and in an article on Racer last year, outgoing INDYCAR President of Competition Derrick Walker says the idea was on his radar and Dallara has considered it – although as a possibility for the 2018 car, not the car of today, citing difficulty in working the design into the existing car.

There have been concerns expressed about a fully enclosed cockpit, both about getting out of a flipped car or being trapped in one should the car be on fire. Valid concerns. Walker says his thought was for a partial cover, not a full one. Fair enough.

Consider the NHRA Top Fuel dragster. They have fully enclosed cockpits available, a safety development being campaigned and championed by Don Schumacher Racing. Not all the teams and drivers have been ready to adopt them yet however, but in this case, those who don’t use the full closed cockpit still have a partially enclosed one. The driver’s head is surrounded by bodywork and the sides and front are shielded by a windshield that can still deflect debris.

At the very least, something similar to what is used on a Top Fuel car should be considered for INDYCAR. Even limited protection would be better than a fully exposed driver.

Would Wheldon still be alive or would Franchitti still be driving? Would Justin Wilson still be alive? It’s hard to say. Nothing is a guarantee in racing. Things can still happen no matter how many precautions you take. Maybe the shield wouldn’t have been strong enough to protect Wheldon from the fence pole or to deflect the nosecone that hit Wilson. Maybe Wilson would have still gotten hit, but maybe enough force would have been deflected so the injury wouldn’t have been fatal. There’s no way to know.

Doing something haphazard just to band-aid the situation is not the answer either, so yes, due diligence needs to be taken on anything that is developed, but is waiting three more years for the new car an acceptable answer either given how many head injuries IndyCar has seen just in the last four years going back to Wheldon?

It wasn’t the catch fencing this time, but his point still applies. Many things can happen at over 200 mph. Racing will always be dangerous and not every situation can be avoided, but it’s irresponsible not to do something about the things that can be controlled. Not having drivers so exposed and so vulnerable is one of those things. Just because they’ve always been open-cockpit cars doesn’t mean they always have to be open-cockpit cars. We learn and we improve. We owe it to those who made the sacrifices that opened out eyes.