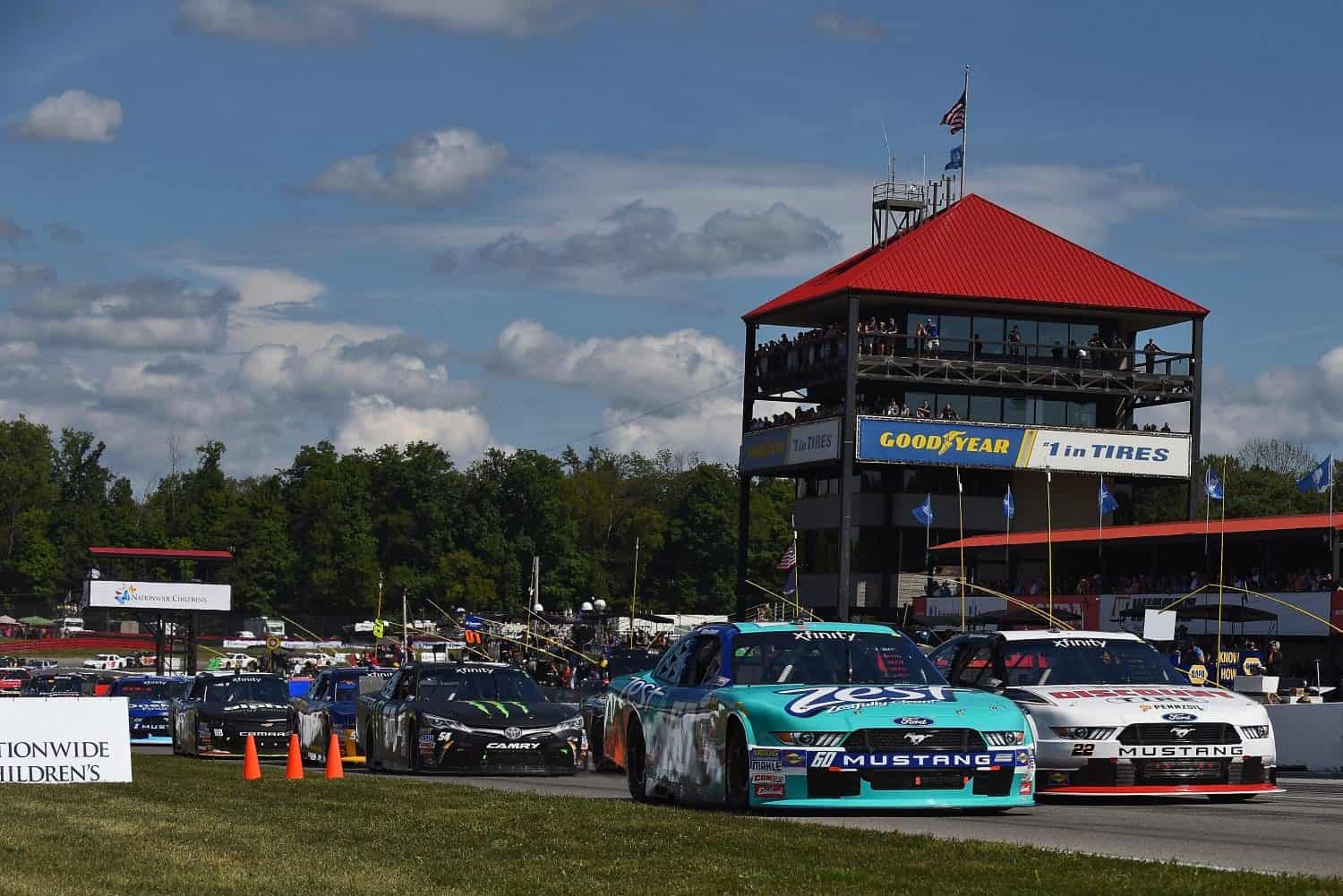 Turning right on some weekends is great, especially for those that love making fun of NASCAR for going left all the time. Let’s face it, it gets redundant hearing these poor schlubs complain about the sport we all love to watch.

The month of August is a dream for anyone that likes to see a mixture of road courses. Three in four weeks is how NASCAR mapped it out prior to the season, and the reception has been great on social media. Obviously, a race that is dominated by Sprint Cup Series drivers at Watkins Glen International won’t have that great of a reaction from fans. However, both of the road course events have been eventful in the Xfinity Series.

And the division needed it after months of dominance from Cup stars.

Regan Smith’s emotional victory at Mid-Ohio Sports Car Course, which was preceded by a scuffle with Ty Dillon the previous week, showed what the Xfinity Series is all about. The gloves have come off, and now the drivers are taking advantage of one of the few times each season where they can showcase their skills of downshifting, upshifting, making sharp right-handed turns and battling against road course aces.

But there is one problem. There are only three road course events each season, and this year, they are all in August.

With Smith’s win, the division’s popularity could rebound if another regular were to take the victory at Road America. Brendan Gaughan won the event in 2014, and he ran inside the top 15 on both road courses this month.

However, championship leader Chris Buescher is looking to extend his lead over Dillon, down to 19 markers. The winner of last year’s race at Mid-Ohio has been exceptional in August. He was the lone driver able to keep up with the Team Penske duo at Watkins Glen, finishing third after leading a pair of laps. A week later, he finished fourth at Mid-Ohio after flexing his Mustang’s muscles early on, leading 10 laps.

Buescher’s advantage on the road courses compared to his championship rivals could give him the edge in the title hunt. He has 83 points in those two events, which is the highest amount ahead of Dillon’s 80. Reigning champion Chase Elliott and Brian Scott have each finished inside of the top 10 in both road-course contests, and a victory at Road America could prove to be a difference maker in the championship for each of them considering they are winless this year.

But what makes this race so special? Why are standalone road-course events a premier contest in the Xfinity Series?

Take a look at Boris Said. Originally, he signed a seven-race deal to run the No. 54 Toyota for Joe Gibbs Racing when Kyle Busch is not able to race. But Said was placed out of the car following two finishes of 16th and 26th, respectively, at non-road course tracks. The road-course events were still on his schedule, but the others had Erik Jones behind the wheel.

With a premier road racer in the field such as Said, the Xfinity Series has an opportunity to capitalize on the rare opportunity for these drivers to race. He finished fourth at Watkins Glen and 13th at Mid-Ohio, which is not indicative of how strong his car was.

The races have created opportunities for young drivers to showcase their skills as well. Besides racing on ovals, a driver can actually take a 25th-place car and put it in contention for a top 15 at a road course. That is exactly what we saw Brandon Gdovic and Dylan Lupton do.

The two rookies were impressive at the road courses. Gdovic’s team, using the assets of Viva Motorsports, finished 13th at Watkins Glen in its season debut. For Lupton, who made his sixth career start at Mid-Ohio, he ran inside of the top 10 throughout the day for Athenian Motorsports. His No. 25 car had a few scrapes on it, but the rookie finished a career-high ninth.

A story that many people might have missed at Watkins Glen was the impressive top-20 effort by former Camping World Truck Series champion Todd Bodine. He finished 19th in Bobby Dotter’s No. 90 car.

Then, of course, there are the guys that decided to pay their way into a ride. Kenny Habul’s meticulous method of getting into awkward incidents never ceases to amaze anyone at this point. He slapped his Sun Energy 1 colors on JGR’s No. 20 car and will do so again this weekend. While events like Habul’s wrecks are a good laugh every now and then, we must remember that the series is supposed to be showcasing the talents of drivers, not of their wallets.

The same can be said about Tomy Drissi. His highly publicized No. 26 car for JGL Racing was quite awesome to look at; anything featuring Straight Outta Compton will be. But Drissi, who has three American Le Mans Series victories in 42 starts, has not adjusted well to NASCAR. He, like Habul, used his money to get a ride before damaging an underfunded team’s equipment.

If the division were to run on road courses more frequently, it would be less pitiful than seeing a Cup star dominate on a weekly basis. However, it would create more “buy the ride” situations, which is the last thing anyone wants to see.

I don’t want to waste my time on this if it is just another Cupping With The Stars event. Does anyone know if this is a Cup free event?

The entry list shows Paul Menard in the Childress number 33, and J. J. Yeley in the number 28 Toyota. But, I think Yeley is actually running for points in the Xfinity series. Penske has Ryan Blaney in the number 22, as Tagliani will be running Brad’s number 29 truck at Canadian tire Motorsports Park (or Mosport, the name I’ve known this track by since the days I camped there back in the 70’s).

No Busch, no Harvick, no Hamlin, only one Dillon, so it might actually be worth watching.

Why is every win a “emotional victory”?