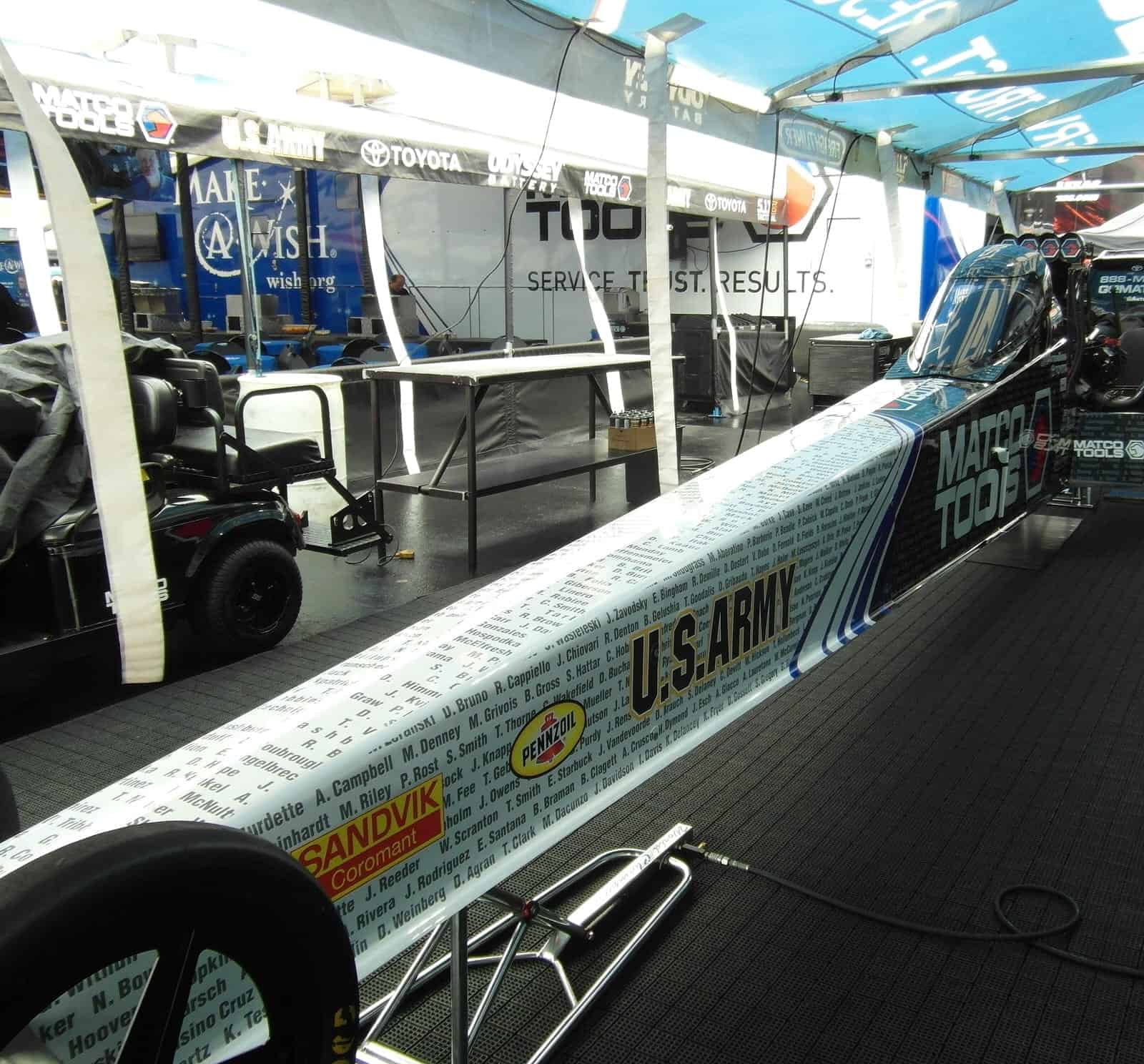 In the wake of the accident that took the life of Justin Wilson, this week’s Open Wheel Wednesday put forth the idea that something similar to the protection found on a Top Fuel dragster might work to at least partially enclose the cockpit on an Indy car. It’s sad that so often in motorsports safety, and what could or should be done to improve it, is examined in response to a tragedy.

Still, let’s not take anything away from the many things that have been developed over the years. In NHRA, it goes back to the origins of the Safety Safari back in the 1950s. As for the cars, among other changes over the years, old school dragsters were open cockpit cars, but today’s models do a much better job of protecting drivers.

Tracks didn’t used to have catch nets at the end. Fan or not of the shortened distance, the fact is ever-faster Nitro cars and tracks with insufficient space to stop them in an emergency situation is not a situation to be played with. Some places just shouldn’t run the full quarter-mile or the cars need to be slowed down if they must, and let’s not forget how that conclusion was settled upon.

Motorsports, like pretty much anything else in life, will never be 100% safe. Life itself is not 100% safe. Things happen. While it would be a wonderful thing if the incidents and sometimes tragedies that led to the much safer sports we enjoy today hadn’t happened because someone had been innovative beforehand, we can at least be grateful that the hard lessons learned were not lost.

2014 – Made Pro Stock debut at Gainesville; scored first career win at Charlotte 2; runner-up finishes at Epping and Dallas; made Countdown to the Championship field in his first season.

Some things most people don’t know about Jonathan: Racing runs in his family. His father is retired NHRA racer Johnny Gray and Jonathan was helping his father with his various cars at the track since his childhood. His brother Shane is his teammate in Pro Stock. Like his brother, he came up through the Lucas Oil Series and is a former Comp Eliminator racer. Jonathan didn’t really have much of an interest in Pro Stock until a conversation with his brother Shane one day over breakfast. Jonathan decided to give it a try, got licensed, and was making his debut at a national event in just a few weeks. He has qualified for every race he has attempted since.

Off the track, Jonathan knows how to fly a small airplane, and although his license has expired, he intends to renew it and start flying again in the near future. His latest interest is farming. He’s been learning to farm this year and spends a lot of time on his tractor in his hay fields in New Mexico when he’s not racing.

If you are really observant, or dedicated, you might notice this Tech Fact is a repeat, however given events of the week, it seemed a fitting time to include it again. Brown explains the fully enclosed canopy that he and his Don Schumacher Racing teammates use on their Top Fuel dragsters.

What, exactly, is the Traxxas Nitro Shootout? It’s a bonus event for Top Fuel and Funny Car drivers that takes place in conjunction with the Chevrolet Performance U.S. Nationals in Indianapolis. It offers both bragging rights and a hefty $100,000 payday to the winner. The points leader after the Brainerd event is automatically the No. 1 seed. The top seven spots go to the first seven drivers in each category to win a race (that would be six if the points leader has not won a race — they would still get the top seed and the six winners would seed in after). The eighth and final spot is filled via a fan vote and a lottery-style drawing. See the news section above for the eligible drivers for this year’s fan vote and the link to vote.

Some drivers are campaigning for the fan vote. The Force sisters have paired up to encourage fans to vote them both in. McMillen went for the cute factor and enlisted the help of his young son for this campaign video.

Number of the Week: 9

Number of U.S. Nationals wins for Schumacher, the most of any driver in any professional category.

The NHRA Mello Yello Drag Racing Series is off this week but when they return to action it will be for the Big Go. The Chevrolet Performance U.S. Nationals from Lucas Oil Raceway at Indianapolis take place from Sept. 2-7. It’s a Labor Day weekend tradition!