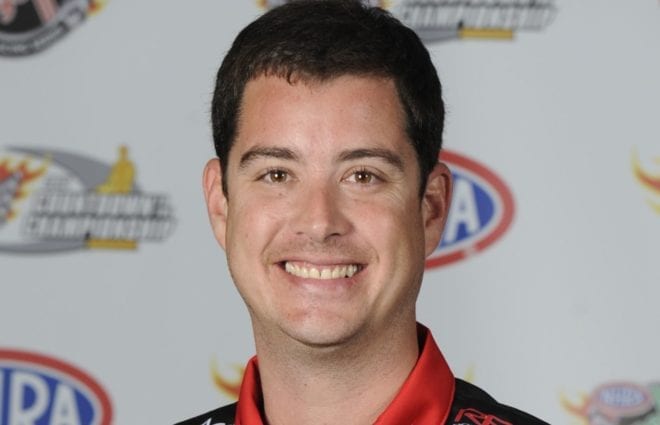 Don Schumacher Racing announced tonight that Spencer Massey has been released as driver of the Red Fuel/Sandvik Coromant Top Fuel dragster effective immediately. No details other than the statement of team owner Don Schumacher were given and the team does not intend to make further comment on the matter.

“Spencer is no longer with DSR,” said Schumacher. “He violated a DSR policy and would not correct the violation. I feel badly for members of the team because they will not be able to compete for a world championship or next weekend’s Traxxas Shootout title.”

A writer for Frontstretch since 2002, and editor since 2006, Toni heads up the NHRA coverage for the site. She’s responsible for post-race coverage in the weekly Pace Laps multi-series round-up along with the weekly Nitro Shots column featuring news and features from the NHRA Mello Yello Drag Racing Series. An award-winning former writer for the Presbyterian Church, Toni works in web design and freelances with writing in North Carolina.
Previous Ben Rhodes Fastest in Opening 2015 Road America 180 Practice
Next Paul Menard Quickest in 2015 Road America 180 Happy Hour