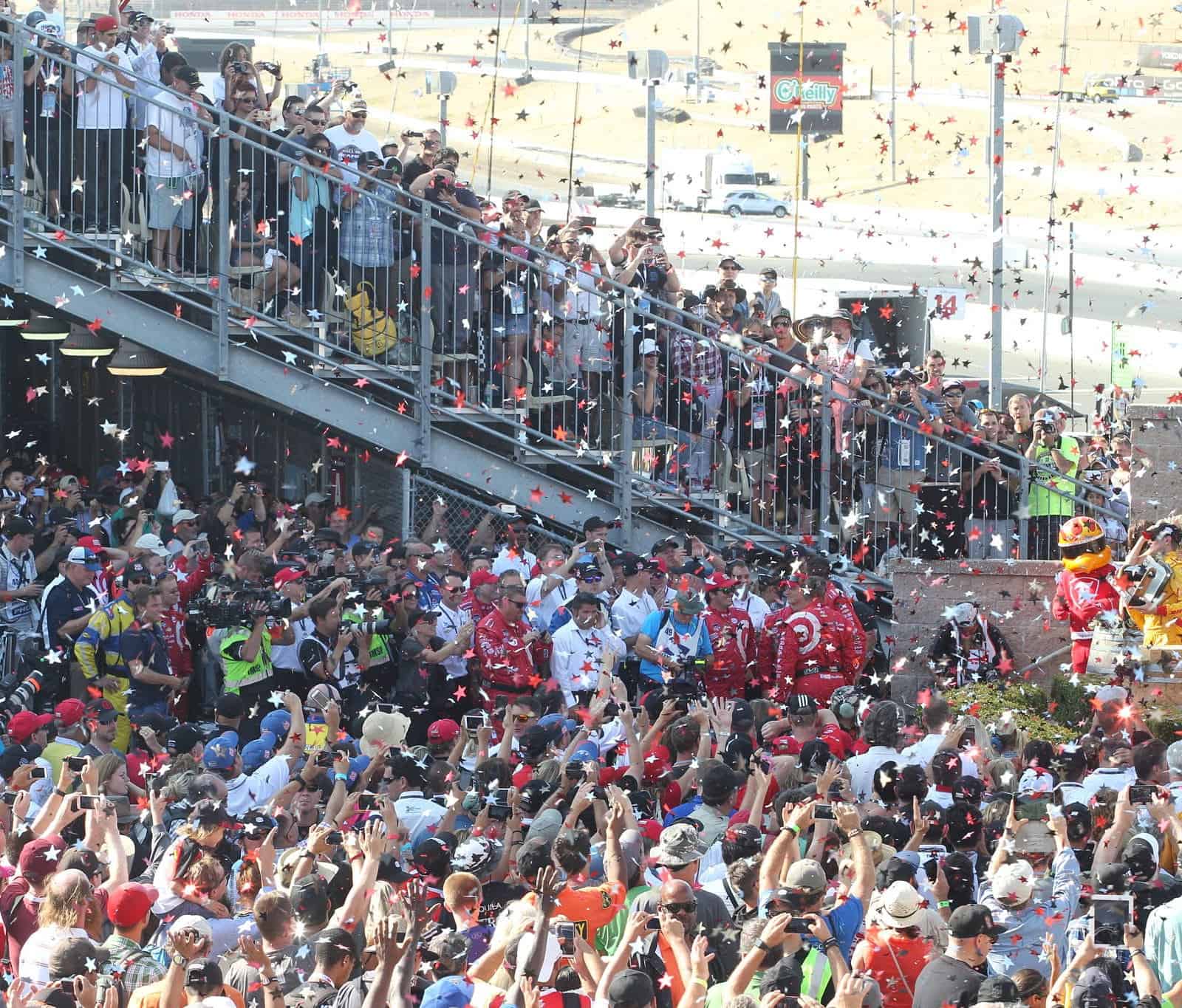 In a Nutshell: Scott Dixon earned his fourth IndyCar championship owing to his win at Sonoma Raceway on Sunday.  He started the race in ninth and though he should not have been counted out of the championship, still sat in third in the points standings. The caution for Luca Filippi on lap 32 may have been the turning point in the race as it encouraged a slew of quick cautions – the most notable for championship leader, Juan Pablo Montoya, mangling his front wing by punting his teammate Will Power as the battled in the back of the pack.

Though Montoya crossed the line in sixth and tied Dixon in overall points, it was Dixon’s win at the finale that earned him the title. For Montoya, who led the points standings from the beginning of the season, the result can only be described as disheartening, which seemed apparent from his post-race interview when he appeared curt and frustrated.

Key Moment: The Filippi caution has to be considered the key moment of the race. Until that point, things had progressed in a tidy fashion, with teams leveling different pit strategies and Power cruising out in front. The questionable caution, as Filippi still had power and was working his way to pit road, seemed to be a manipulation by race control to tighten the field and bring some drama – and it worked! On the restart, Montoya got into Power and both drivers never recovered to challenge at the top of the field.

Justin Wilson’s death brought renewed scrutiny toward the concept of trying to close of better protect the cockpit of the cars. There’s no easy solution to doing so and both INDYCAR and Formula 1 are investigating ways of tackling the issue.

Dixon is worthy. So are his teammates Tony Kanaan and Charlie Kimball. Whatever. Let’s acknowledge Ryan Briscoe and Takuma Sato for their finishes of fifth and eighth, respectively. For Briscoe, who filled in for the injured James Hinchcliffe, earning a top five had to feel like a relief to a frustrating attempt to find success. The hope is that it brings him back for another season. As for Sato, who is consistently a target of confounding on-track moves, his finish shows that he can deliver for the small AJ Foyt team and that as road courses increase prominence on the schedule he may prove to be a tough competitor.

Scott Dixon (No. 9 Target Chip Ganassi Chevrolet): “Obviously we won it on a countback (tiebreaker). It was tied for points and to get it, obviously, winning three races, you know. Huge weekend here in Sonoma for all the Target guests, 400-500 people. It’s a partnership. My teammates were phenomenal. They helped all year and we won this together. There is no one person that achieved this on their own and I just thank everybody so much.”

Juan Pablo Montoya (No. 2 Verizon Team Penske Chevrolet): “The No. 2 Verizon Chevy team had a great season. We just had a disappointing finale. There was a lot to be proud of this year, from winning the season opener to giving Roger Penske another Indianapolis 500 title. Unfortunately today we gave one away but we will come back stronger next year. I’m looking forward to even more success with them.”

Graham Rahal (No. 15 Steak ‘n Shake Honda): “Unfortunately our car was pretty terrible today from the start. The guys did a great job in the pits to kind of keep us in it, frankly, because we didn’t really deserve to be in that position. Other guys had issues. [Scott] Dixon was pretty much dominant.”

A long offseason. While the series is hoping to add more races and extend their season for 2016, this finale signals the conclusion into an offseason that will still last until March.