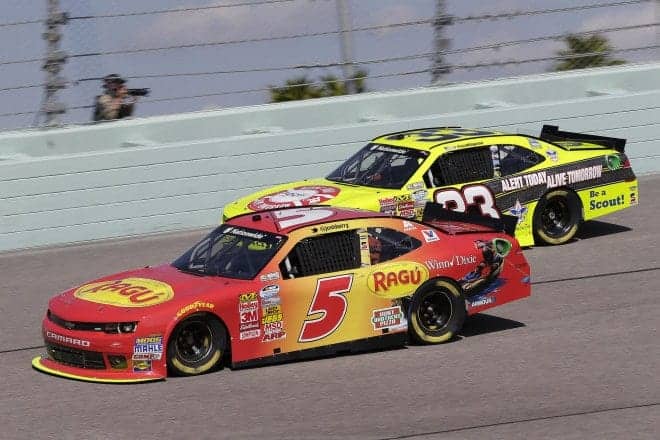 JR Motorsports announced on Tuesday that Josh Berry will pilot the No. 88 Chevrolet at Richmond International Raceway on September 11. Berry will make his third career Xfinity Series start after making two starts with the organization last season.

Berry will have sponsorship funding from Speedco on the side of his car. Speedco specializes in quick lubes and tire services for the trucking industry. They have been a loyal partner with the JRM organization since 2012.

“We’re happy to be able to put Josh in our Xfinity car again at a track he has some laps on to allow him to show what he can do,” said JRM co-owner Dale Earnhardt Jr. in a release. “I felt like he performed well last year in the two races he was able to run. He’s really elevated himself as a driver this year, winning at multiple tracks in the late model to earn this opportunity and I expect him to make the most of it.”

Berry has been tearing it up in the No. 88 late model for JRM in 2015. The 24-year old has captured nine victories in the late-model division and holds two NASCAR Whelen All-American Series track championships over his career.

“I’m just really excited to have another opportunity to move up,” said Berry, who has a NASCAR K&N Pro Series East start at Richmond. “We’ve had a really good season so far in the late model car, and I’m really excited to get to do another Xfinity race, especially at a racetrack I’ve been to before. I ran in the Xfinity Series twice last year and wasn’t sure I would have the opportunity to do it again, but luckily Speedco came on board for this race. I’m really thankful for their support and for the opportunity Dale, Kelley, LW [Miller] and everyone at JRM are giving me.”