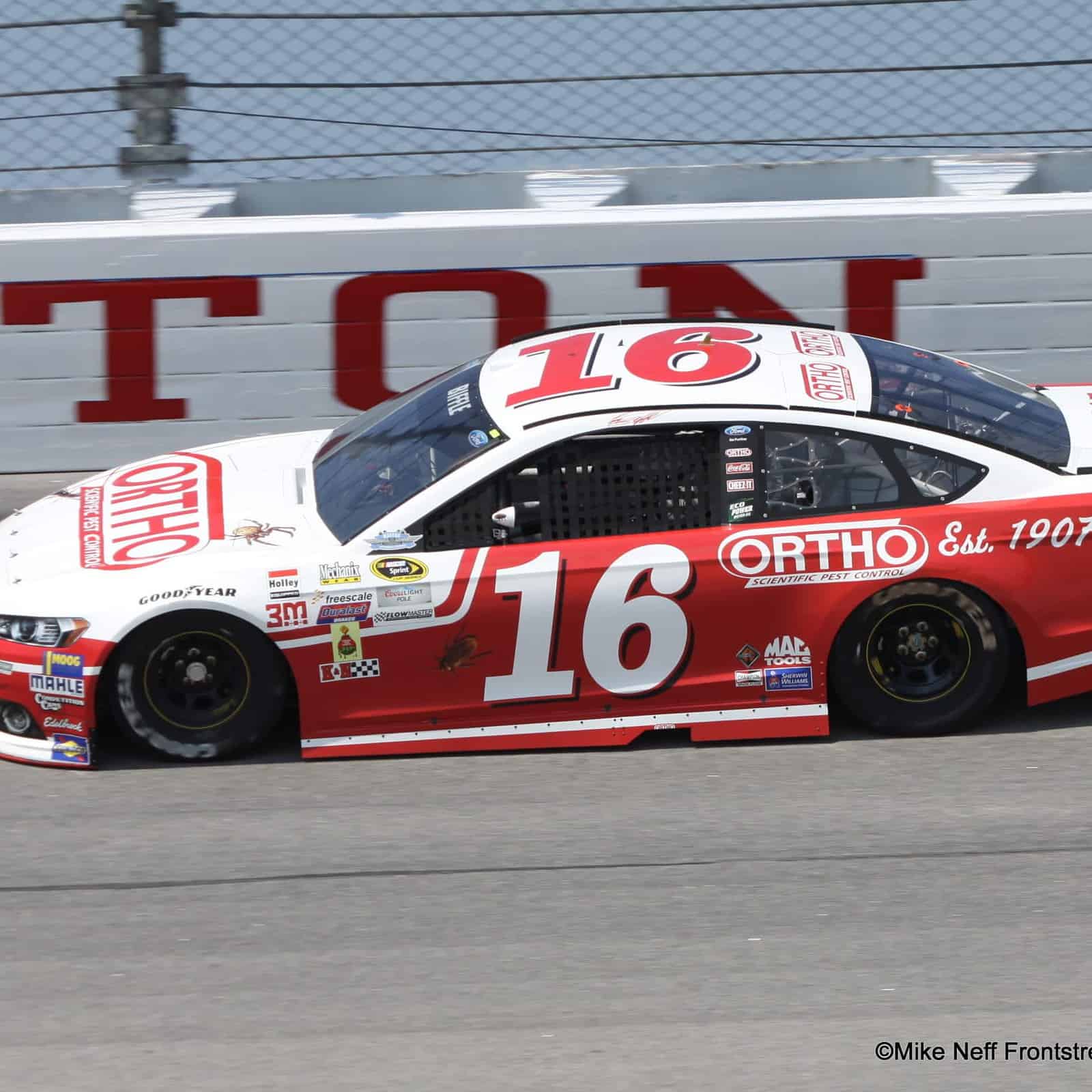 Friday afternoon saw the Sprint Cup teams on-track for nearly four hours to test the low-downforce rules package and new softer tires. NASCAR considers Friday’s sessions to be both practice sessions and open tests. As a result, some of the normal rules of a race weekend did not apply. For example, teams were allowed to change engines during the session without having to drop to the rear for the race Sunday night.

Compared to last year, the combination of lower downforce, higher temperatures and new tires resulted in speeds being down significantly. The first session saw Roush Fenway Racing’s Greg Biffle turn in the fastest time with a lap of 27.909 seconds (176.201 mph). That lap was roughly half of a tenth of a second faster than Stewart-Haas Racing’s Kurt Busch in second. Tony Stewart was third fastest, while Kevin Harvick and Carl Edwards rounded out the top five.

Paul Menard was sixth fastest, while Joey Logano was seventh. Ryan Blaney was eighth, while Denny Hamlin and Brad Keselowski were ninth and 10th.

Austin Dillon was 17th fastest, but managed to make things a little harder on his crew by hitting the wall exiting turn 2. The hit, which resulted in a “Darlington Stripe,” did damage the No. 3 American Ethanol Chevrolet (running a scheme reminiscent of car owner/grandfather Richard Childress’s CRC Chemicals Chevrolet of the late 1970s). The team chose to repair the No. 3. The fix was complete in time for the second session.

The second practice began in the heat of the day. Air temperatures reached 93 degrees at the track, making the seven-year-old surface extra slippery. Up until the final 25 minutes of the session, lap times were slower by nearly a half-second. However, as the sun continued to drop in the sky and teams chose to do mock qualifying runs, the speeds increased once again.

By the end of the nearly two-hour session, Keselowski was on top of the charts with a lap of 27.960 seconds (175.880 mph), just a bit slower than in the opening session. Biffle was just behind in second, followed by Busch, Menard and Dillon.

David Ragan was sixth quickest, followed by Edwards. Ricky Stenhouse Jr. was eighth, while Danica Patrick, who was the only SHR driver outside of the top five in the first session, was ninth quickest. Martin Truex Jr. rounded out the top 10.

Kyle Busch turned in 53 laps in the session and turned in only the 35th fastest time. Unfortunately, the No. 18 team had to deal with additional issues when Kyle got into the wall, damaging the M&M’s Toyota significantly. The team elected to pull out the backup car as opposed to repairing the primary. Regular NASCAR rules still apply in this circumstance. Since the crash happened before qualifying, the No. 18 team is allowed to make the change without having to drop to the rear.

Harvick was only 21st fastest in the second session, but he turned in the fastest 10-lap average in the session, the only driver to average over 170 mph. Given the 90-plus degree weather, that is considered to be quite the feat.

Impressions of the new package for this weekend have generally been positive so far. Tire drop-off over the course of a run is around two full seconds and the lack of downforce is making the drivers hunt for grip.

Qualifying is scheduled for 1:45 p.m. on Saturday afternoon. Live coverage can be seen on NBCSN.

Oh-oh! Two Ford drivers leading the practices? That won’t do! If this continues through qualifying, there will be immediate rule changes before Sunday evening, or the officials will go out of their way to find even the most minor infraction leading to the disqualification of times. After all, we have to keep Rick and the Coach happy, don’t we, Brian.

The retro look is like putting lipstick on a pig.