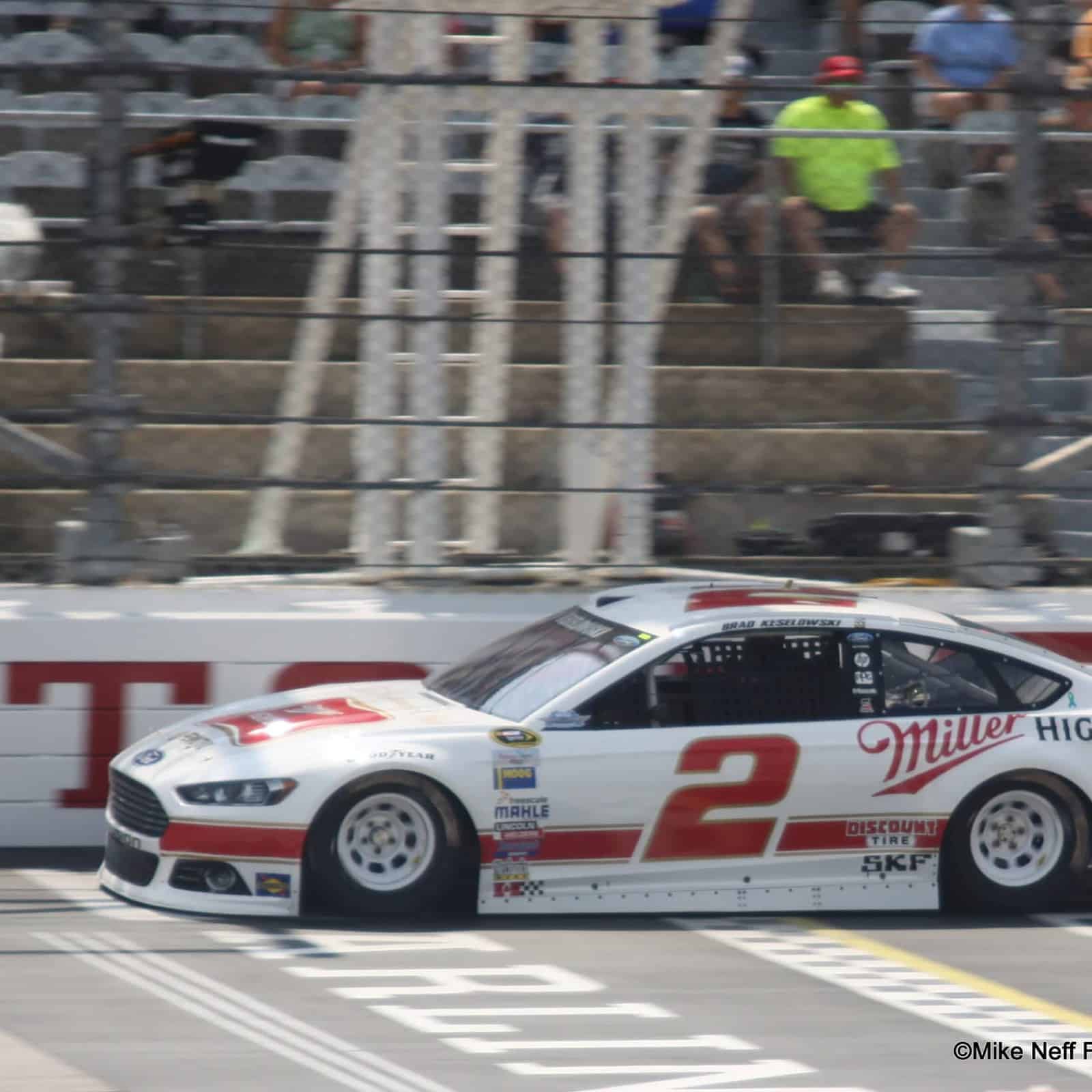 Brad Keselowski has embraced this throwback weekend and it has loved him in return. Keselowski ran a 27.492-second lap at a speed of 178.874 mph to win the pole for Sunday’s Southern 500.

Asked about the finesse required to sit on the pole at Darlington Keselowski said, “This is the greatest combination of speed and guts of any track we go to.”

In the second session, Keselowski was the fastest driver while Carl Edwards was the fastest driver not to make it to the final round. Among the the drivers not making it to the final run for the pole were Matt Kenseth, Kasey Kahne, Jimmie Johnson and Greg Biffle. Biffle made some serious contact with the wall. The team was waiting until it could get the car to the garage to determine if it needed to go to a backup car or not.

Josh Wise, Timmy Hill and Travis Kvapil were the three cars that failed to qualify.

Danica Patrick made significant contact with the wall and was forced to a backup car for Sunday’s race.

A Ford driver on the pole? Hmmm…

Three Hendrick cars in the top-5? Not unusual.

Four Fords in the top-9? Bet Rick and the Coach had something to say about that!

Dennis-the-menace and Kyle (as well as Harvick, Larson, and Logano) should do well, as they had a lot more practice yesterday afternoon. More so with Kyle and Dennis-the-menace, as their Cup cars and Xfinity cars are a lot closer than the other three who raced Camaros (a lot different than their SS’s) and Mustangs (a lot different that their Fusions).

Although, here’s an interesting fact (or not), Ford now builds a lot of their Fusions at their Flat Rock, Michigan plant, as well as Mustangs. Didn’t know that, did you?

Rick’s not happy and that means Brian isn’t happy. How could the inspectors let a sled with a Ford decal pass and get the pole? It’ll be different in the “race.” Brian needs to enjoy Rick’s call on Monday morning.