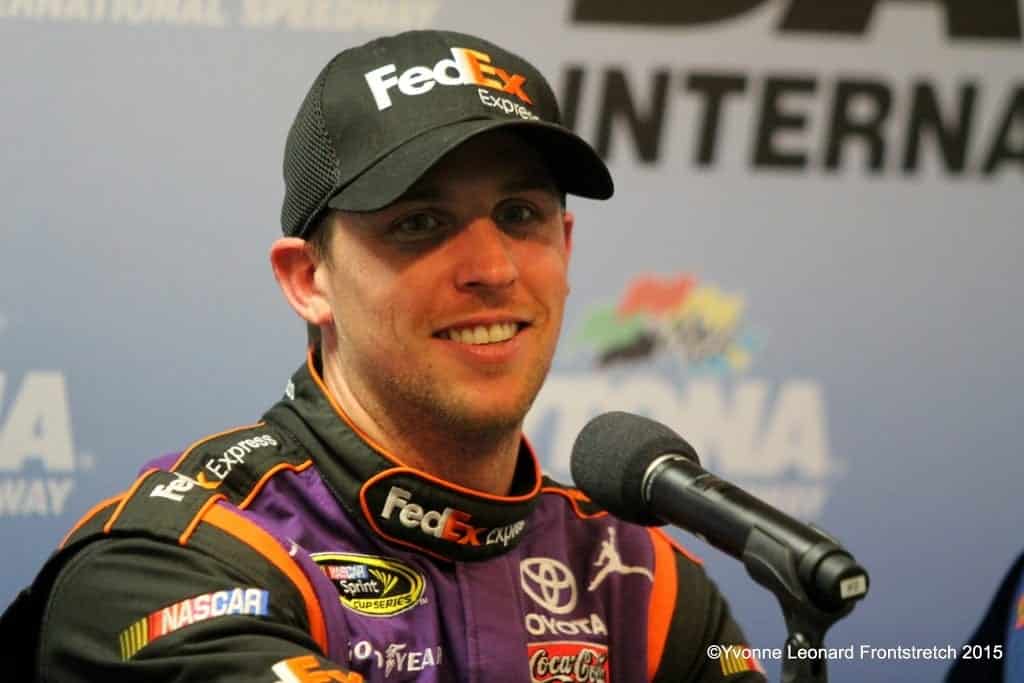 Joe Gibbs Racing has shown strength in the Xfinity Series in past years and on Saturday the team proved its strength in qualifying as it’s an all JGR front row for the VFW Sports Clips Help a Hero 200 at Darlington Raceway. Denny Hamlin took the pole for Saturday’s event. It’s his 20th career NXS pole and his fourth of the 2015 season.

Starting alongside Hamlin is his teammate Daniel Suarez. Suarez had never seen Darlington prior to Friday’s practice session. Kyle Larson and Joey Logano will make up the second row, while Paul Menard rounds out the top five. Brendan Gaughan starts sixth, followed by Chase Elliott and Regan Smith. Kevin Harvick and Chris Buescher complete the top 10.

Kyle Busch, who has three wins in six starts in the NXS this season, had his qualifying lap disallowed by NASCAR following a blend violation. Though the No. 54 team headed back out on track during the first round, Busch did not take the green flag in time to post a lap time at speed. He will start 36th.

While @KyleBusch blended as normal 1st qualifying attempt & like pit road NASCAR official had told us to, they disallowed time anyway

Meanwhile, Elliott Sadler did not even take to the track during the second round of qualifying. As it turned out, the No. 1 car had developed a hole in one of the tires, and the crew was unable to change it to make a run. He will start 24th.

All 40 cars entered made the field for this afternoon’s race. The VFW Sport Clips Help a Hero 200 from Darlington Raceway will start at 3:46 p.m. ET on NBC.