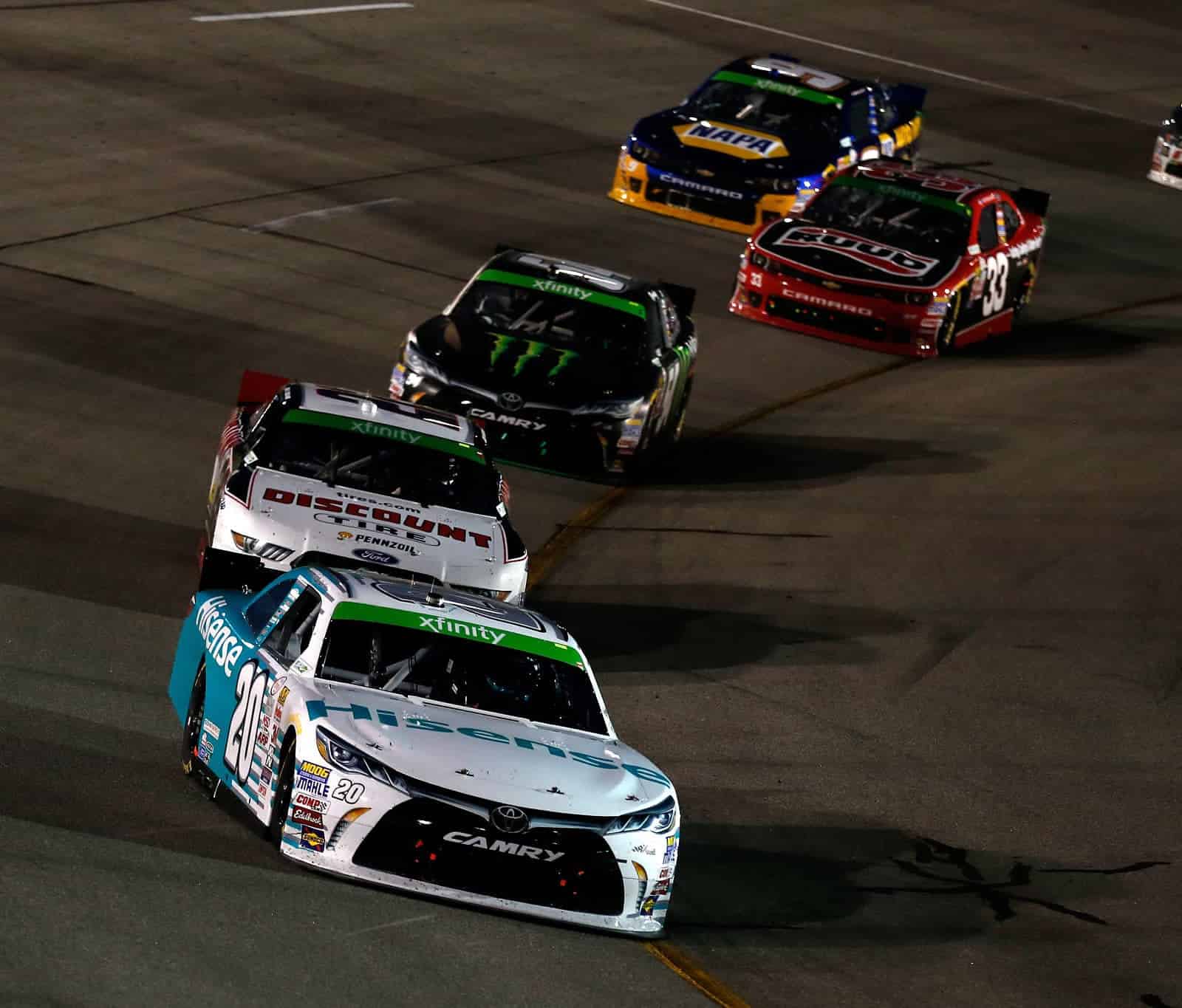 For the final time in 2015, the NASCAR Xfinity Series is heading to a short track.

Two drivers will make their first NXS start of 2015. Ryan Truex, younger brother of Martin Truex Jr., will compete in his first NASCAR-sanctioned event since Sept. 14, 2014, when he made his final start for BK Racing at Chicagoland Speedway. The New Jersey native will pilot the No. 98 Ford for Biagi-Denbeste Racing.

Josh Berry will make his first NXS start of 2015 for JR Motorsports. Berry, 24, last competed for the team in the 2015 season finale at Homestead-Miami Speedway. The Tennessee native currently drives late models full-time for JRM.

The NASCAR Xfinity Series will return to Richmond International Raceway on Thursday, Sept. 10 for two practice sessions before returning on Friday for Coors Light Pole Qualifying at 3:45 p.m. ET. Coverage of the Virginia 529 College Savings 250 will begin at 7:30 p.m. ET on NBCSN and MRN.

Let’s play make pretend, as if there is even the slightest bit of fan interest in Xfinicup practice

I thought I had interest John but it turned out that it was just indigestion.

Three reasons not to watch, or care: Joey Logano, Austin Dillon, and that “NASCAR’s greatest driver ever” Kyle Busch. Of course, Busch will dominate against all those grossly underfunded teams whos combined yearly budgets are less than his one-race budget, but, what the heck, he’s a racer and he loves to race. Never mind that his car is nearly the exact same as his Cup car, and he will have his Cup crew servicing him. And they wonder why the stands are empty!

Again this week, my question to Roger Penske: Why Logano and not Ryan Blaney? Blaney won’t be in the Cup race, so he can concentrate his efforts on this race. Or, how about Parker Kligerman? Wasn’t he a development driver for you? Or, here’s a major longshot, why not give a real underdog like Johanna Long a shot at a good ride?

Kyle’s going to beat up on Morgan Shepherd again. I read where Kyle won the Snowball Derby. So did Johanna Long and Tammy Jo Kirk.