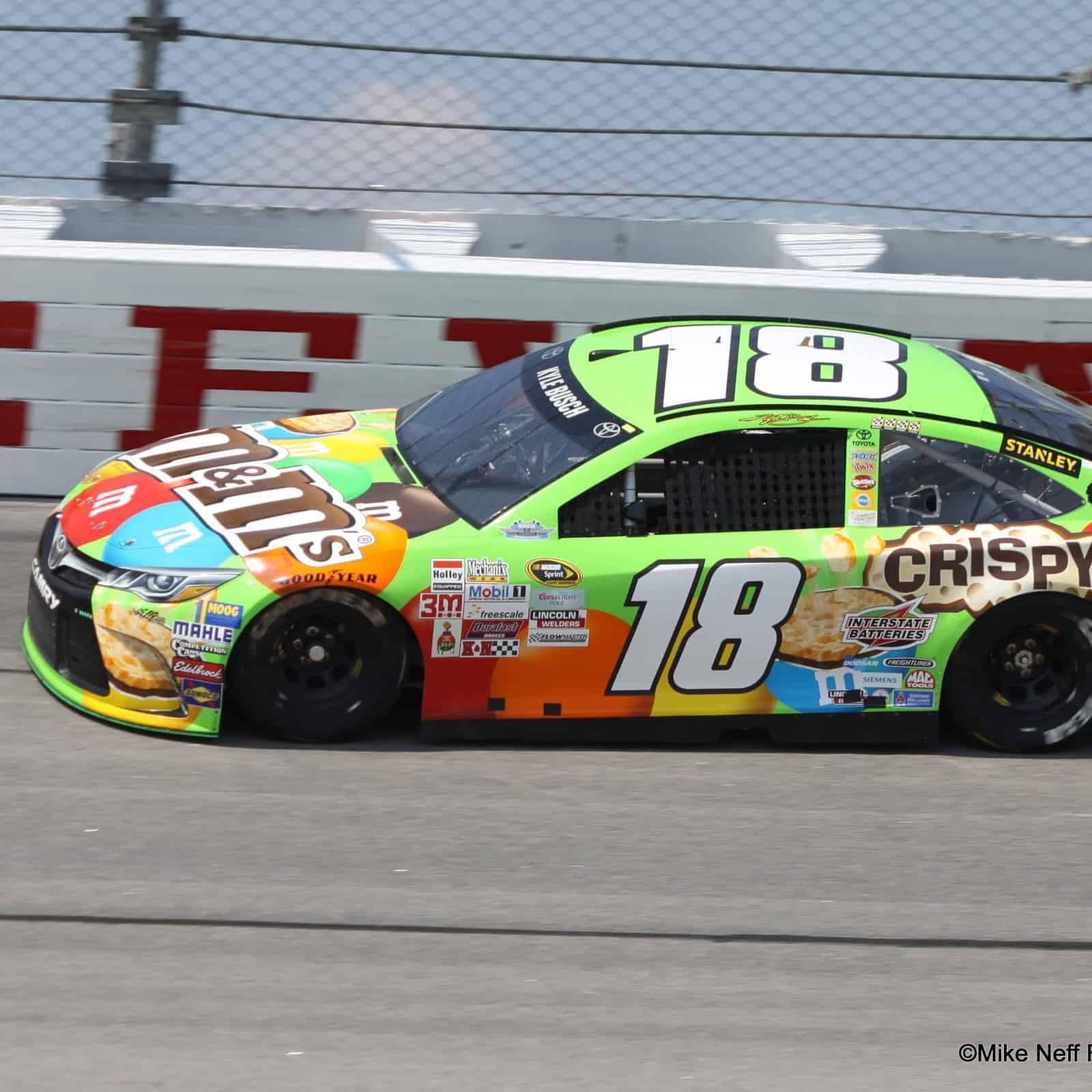 Add Kyle Busch to the list of drivers locked in to the 2015 Chase field.

After missing 11 races following injuries sustained in the Xfinity Series season opener at Daytona International Speedway, the driver of the No. 18 Toyota returned at Charlotte with a blessing from NASCAR to win and get himself into the top 30 to be involved in the Chase.

And win is just what Busch did. Though he crashed out of two of the four races following his return, Busch notched four victories in the next five events from Sonoma through Indianapolis, all while flirting with that line between 30th and 31st. But a seventh-place run in Sunday night’s Southern 500 was enough to give the 30-year-old an 83-point cushion on 31st and lock him into the Chase field.

“Making the Chase was something we weren’t all sure was possible after my injuries. It’s a great opportunity to be with these guys on this M&M’s Crispy team,” Busch said after the checkered flag flew Sunday night. “They’re working really hard at Joe Gibbs Racing – we’ve got a lot of speed and I think all four cars have a really good shot at this championship. I had my hands full tonight. I think I just got a little behind on what our adjustments needed to be for the race, but our whole team just really turned this thing around and it turned out to be a solid finish for us.”

The Sprint Cup Series will run its final regular season race at Richmond International Raceway Saturday night to set the remainder of the 16-driver Chase field.

As much as I cannot stand that repulsive, egotistical jerk, I hope he does win the championship. If there could be any way to absolutely destroy King Brian’s kingdom, and show just how stupid his rules are, this will be it. Unfortunately, the sheep media will sign praise to the highest heavens about Kyle’s miraculous comeback from his injuries he basically caused himself when he made a boneheaded move while running in a lower series that he should not have been competing in to begin with. Well, any of the NASCAR sheep media will heap praise on Kyle. Those media types who do not follow the sport, or those who hate NASCAR with a passion (Like Peter De Lorenzo) will blast the sport with both barrels, and prove what a mockery NASCAR has become.

I can’t help but wonder how out of touch I am. Is Kryle Douch really as popular as all the coverage he gets suggests? I really want to know.

His fanboys will tell you he is “a legend”, the “best” etc. For all the years he has been in Cup, where is his CUP and ring, not to mention his subpar performances these past few years. What a miracle JGR is “performing” this year (sarcasm). The faux requirements of greatness regarding this absurd format was highlighted last year with Jeff Gordon…classic points leader and Brad Keselowski season high 6 wins and they get shutout at Homestead. Luck of the draw winner at Dega..Miss Hamlin gets to the show and Newman with a whopping 5 laps lead for 26 races and they promoted these two as “the best”. Brian France hates race fans and think they are stupid. The few of Hamlin’s “fans” actually had the nerve to say..”he did better than Logano”…WTF is wrong with people. And that my friends is how the NASCAR history book has been and will be a distorted mess of lies, unless true race fans know their history. That is the fly in my ointment.