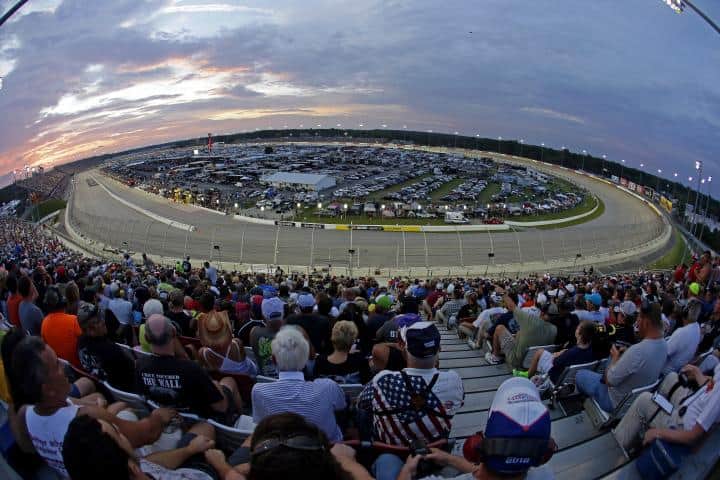 Wow, what a weekend. From the paint schemes to the wild outfits to the on-track action, there was a lot to digest this week at Darlington. Response to the race, back on Labor Day weekend at last after a 12-year absence, was overwhelmingly positive. But with the weekend in the rearview, what can be taken from the weekend as the season and the sport move ahead?

The racing Sunday night was very good. Drivers could pass, and it was possible for the trailing car to loosen up the car in front, which means that clean air is less of an advantage. Strategy was involved as well, and the drivers’ skill mattered more than it has in a long time. And if it works this well at night, when a cooler track means maximum grip, we should really be looking forward to the first time the package is used on a hot day. When the track gets slick, the drivers’ ability behind the wheel will be that much more important. Sunday, there was action throughout the field all night long. A dominant Brad Keselowski should take nothing away from the night; sometimes in racing, a team hits on something and runs that much better than the competition. It’s been part of the game since the beginning. Every race isn’t going to be like Darlington in 2003. Anyone who expects that 36 weeks a year might want to check out the NHRA instead.

It wasn’t perfect. You hear it a lot here on Frontstretch, and it’s perhaps one thing some of our writers ever agree on: in order for clean air not to be a huge advantage, NASCAR has got to get the front ends of the cars up off the race track. Not just a couple of inches either, but a good six inches or more. Clean air was still an advantage Sunday. In order for it not to be, the trailing car had to be able to get right up behind the leading car, and that proved easier said than done most of the time. Saturday night was a lot better than what fans have been seeing the last few years, but it wasn’t the best it could be. And as with every new package, some teams will figure it out faster than others. When everyone else catches up, the racing has the potential to be even better… or to be a parade. Time will tell.

When tires wear out before the end of a fuel run, it’s no fun for most drivers, but it’s fun for fans because it brings pit strategy into the mix. Pit too soon for fresh tires and you lose a couple of laps you may not get back, even if you are much faster than the leaders. Pit too late and the advantage of fresh tires is negated by the distance everyone else already has on you.

Teams are allotted a limited number of tires, and at Darlington, some burned through theirs too early, making for a less-than-fun second half of the race. But conserving tires too long can be risky, too. What a team doesn’t want is to have unused sticker tires in their pit after the race while they lost ground on old tires earlier in a failed effort to conserve them. Using all the sets at the right time is an art and not one every crew chief has mastered.

Sunday’s race included a lot of caution flags. Out of 18, just two were for debris, and it was visible debris caused by teams overestimating their tires or slapping the wall. The rest were for spins and tangles. While I maintain that wrecking doesn’t make a good race, the threat of attrition does. With the added durability of cars in recent years and the relatively easy to drive 2015 rules package, mechanical failures and spins are rare. There’s little need for fans or teams to wonder whether or not the equipment will make it to the end this week. Once upon a time, teams had to choose between speed and durability in engines, brakes and suspensions. NASCAR needs to bring that back. A fast car should have a higher risk of breaking during a race. There should be a risk of spinning out if you overdrive. The racing needs to be unpredictable to put on a good show, and that has fallen by the wayside.

In the midst of the throwback paint schemes, fans also got a glimpse of another side of some of the drivers. Kyle Larson donned a wild wig reminiscent of a younger Kyle Petty. Aric Almirola went back even further with his Richard Petty Fu Manchu. Media and crew members dug deep in the backs of their closets for ancient t-shirts and spectacularly ugly pants. In other words, the garage had fun. Drivers are often so stifled by well-meaning, misguided sponsors that what fans are familiar with isn’t often who they really are. NASCAR, sponsors and media (especially broadcast) need to find more ways to really showcase who the competitors are. Fans should feel like they know all the drivers personally after watching for a few weeks. That used to be the case, and I think it’s one reason why the sport seemed so much better before the boom.

The other part of this equation is the personalities in the TV booth. Ken Squier and Ned Jarrett were exquisite in their calls on Sunday night, and Dale Jarrett did a credible job as well. What they didn’t do was make it about them. They simply brought fans the action, and they brought across that there was action throughout the field. A professional broadcast journalism was on display, and both FOX and NBC’s announcers should have been paying close attention. If every race was called like that, every race would be better.

First off the race was Sunday night not Saturday night.
Second the broadcasters do not make the race or beak the race in the context you portrayed but make the presentation of the race better or worse. The racing is exactly the same whether or not the booth calls the race or not. IT is the insight and presentation of the action that allows for a broadcast to be tolerated or embraced. What most fans want is competent, insightful broadcasters, reporters, and analysts that bring the actual action and stories without much self serving agendas and manufactured b.s. that seems to occur with some on air personalities.

It was refreshing to see a more relaxed atmosphere regarding the race, and it was fun to see the drivers let their hair down a little. Corporate everything has too much control. I enjoyed when the older guys broadcast, THEY DID NOT MAKE IT ABOUT THEMSELVES. They let the action play out without feeling the need to fill every silent moment with talk…to me that dumbs down fans and it is ego trip for the broadcasters..SHUTUP!

I think Sunday’s race was a perfect example of the movie line “The best way to see the future is to remember the past.”