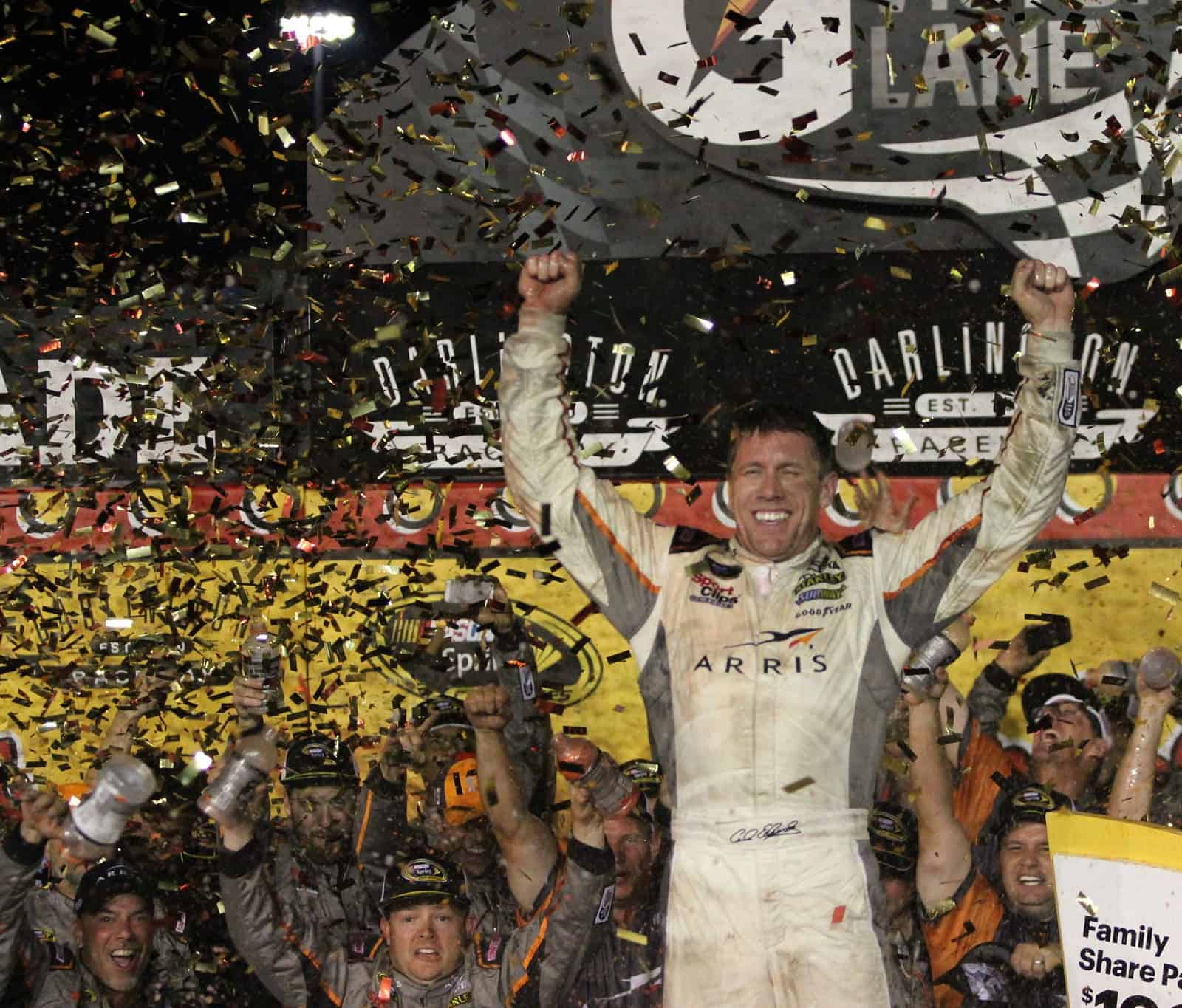 And then there was one… race left. One race remains to set the field for the 2015 Chase for the Sprint Cup. But someone outshone the fact that there is only one race left, and her name is the Lady in Black. Opening her doors on Labor Day weekend for the first time in more than a decade, it looked more like the 1970s than 2015. A large majority of drivers showed up with throwback paint schemes and uniforms, and ironically, a non-throwback car won the race. Carl Edwards now holds two wins this season at two of the biggest marquee races; the Coca-Cola 600 and the Southern 500.

11 drivers have wins this season and clinched their spot in the Chase. That leaves only five positions available amongst a lot of hungry drivers including Jeff Gordon, Jamie McMurray, Ryan Newman, Paul Menard, Clint Bowyer, the list goes on and on. The goal is simple. Win the race. If not, you better have enough points.

Next week’s regular-season finale is once again shaping up to be a thriller. Don’t miss any of the action. But before they throw the green flag, see if your favorite made the top 15 in this week’s Power Rankings.