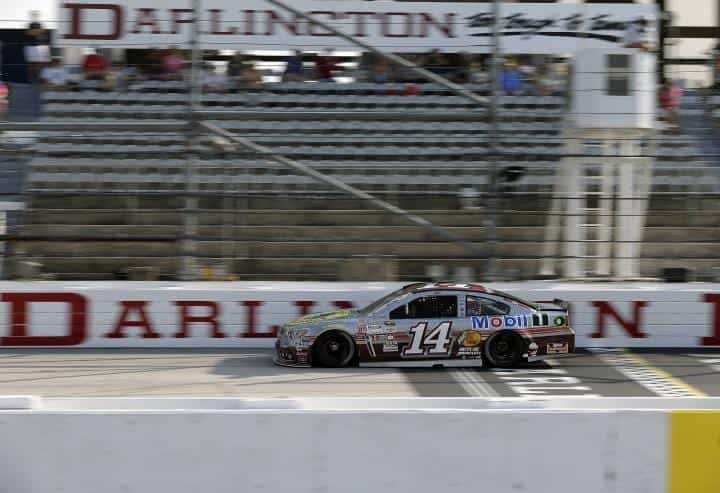 The low downforce. The softer tires. The retro paint schemes. The return to Darlington Raceway over Labor Day weekend.

All of these elements added up to an interesting Southern 500, one that has seemed to garner overall positive reactions. That’s great! For a sport that has seemingly battled itself more than it should and caused many of its own problems, earning some good news has to be overwhelmingly welcome.

But what if all the hoopla merely covered what may have actually been a lackluster race? That the winner came from two laps down to win is a great story, analogous to a quarterback leading his team to a win after being down 17 points with six minutes to go. For a storyline, it’s easy writing. But it also feels a little disingenuous. Sorry, Carl Edwards, though good job nailing the backflip after the race.

Then there were those 18 cautions. The announcers of the sport often refer to NASCAR drivers as the best in the world.(We’ll ignore the fact that on a planet of over three billion that some of these greatest drivers have to buy their rides making the concept more confusing.) If these drivers are so good, how come they can’t keep it together enough to manage fewer cautions – something that led to the runtime being longer than watching the director’s cut of Titanic.

What can be noted from this Darlintonapalooza is that it was different, not just another typical race weekend with the announcers telling viewers how hard driving (insert track here) is and the challenges they face and the grooves, et cetera.  Bringing Ken Squier and the Jarretts into the booth showcased this element.  So while the racing may have been given a bit of a pass, kudos to an overall enjoyable presentation.

Happiness Is… Themes. Here’s a sentence that will be ripe for criticism: If NASCAR were smart… Right, something that NASCAR has shown is its ability to make decisions that confound at times, but here’s an easy one. If NASCAR were smart, it’d embrace what was done this past weekend and come up with themes for other ones. Darlington showed us that the drivers are willing to embrace the goofiness, by dressing the part and buying in.

It might not be possible to go overboard with a Star Wars/Star Trek-themed weekend but that doesn’t mean the powers that be couldn’t find other concepts that could/would work. In fact, what Darlington showed is that there’s a whole line of thinking that has yet to be explored with regards to marketing the sport. Why not have some more fun with it? While NASCAR already put forth some effort with autism and breast cancer awareness, there’s more left out there.

Happiness Is… Hype. Last weekend, Darlington. This weekend, the last race before the Chase, um, er, or what is now supposed to be called the playoffs. Uh huh, got it. Whatever.

This weekend is that last of the season when the purported drama will focus on drivers that have not earned enough points to show they are contenders or have failed to win or be much of a factor. That doesn’t mean that there won’t be a desire to make Clint Bowyer’s race seem dramatic, even though he’s got a 28-point lead over whoever it is that is in 17th; or that Kasey Kahne might be able to earn a win and join the field, even though he has shown nothing for the past… well, the whole season, really.

If Jamie McMurray, Jeff Gordon and Bowyer are all going to make the Chase on points, then maybe it’s time to cut the field down. Sure, the field may just have been expanded last year, but it now encompasses nearly 38% of the grid. Or maybe it doesn’t matter because the drivers that have proven themselves will be the ones navigating their way to Homestead anyway, even if the playoffs will still have all the other drivers  on the field.

Happiness Is… Silly Season. It seems unlikely that there will be any big driver signing this offseason, with the biggest rumor putting Bowyer in a seat at HScott Motorsports for next year, then taking Tony Stewart’s ride in 2017. That kind of movement shows how locked down things are, unless Stewart decides to jump early. So the bigger signing news may center around the fact that the Race Team Alliance, with professional team killer Rob Kauffman leading the way, is reportedly in position to sign some sort of agreement with NASCAR.

No details have emerged from such an allegiance so everything is speculation at this juncture. Who knows what it may bring, but we already know it won’t be bringing Michael Waltrip Racing back from the dead. But really, it’s likely to help the teams in better financial standing than helping the back-markers, which raises the question: how many cars are really needed for a Cup race when it seems to be all too common for a slower car to change the complexion of a race (hello, Jeb Burton and Darlington)? Wouldn’t a stout 36 be better than a strong 25 and 18 so-sos?

Happiness Is… Richmond. Richmond, New Hampshire, Martinsville and Phoenix. Those are what’s left of your so-called short tracks for the rest of the season. You could throw Dover in there, but with its high banks it races more like a mini speedway then one of the aforementioned flatter tracks. Sure, some may find the flat ones to be boring but they’re also where one of the best drivers in the world is likely to do something silly and make a mess of things.

And for that, thank you.

It seems to me that Sunday’s race was a perfect example of the movie line “I think the best way to see the future is to remember the past.” It’s like Brian’s theme “I’m making this up as I go.”

I think the jury is still out. The hype for this “throwback” weekend was tremendous. And while I may have missed the point it was all about the event not the racing itself. That said and given that it was Labor Day weekend the crowd was really very good. But look at the TV numbers, regardless of how you spin them by comparing different race tracks, different weekends, etc. they weren’t that good. (Va. Tech – Ohio State drew a 6.6 on Monday night)
So many people have such a need for something good to happen for Nascar racing its difficult to know whether this was the start of something good – or simply a one time event.
In the end does it matter? For a lot of people it certainly does.

I worked for a business owned by some wonderful hard working people. They were constantly looking for reasons to explain away a decline in sales rather than address the reasons themselves. Eventually the business folded. NASCAR rather than recognize and address problems looks for ways to at best explain away, and all to often deny that any problems exist at all. Having a racing press that rather than report honestly functions as a partner in delusion doesn’t help. This past weekend had positives that could possibly be built on, but the numbers were still down. Fans are still leaving, you can’t pretend or hype that away.

Regardless of the success of Darlington, an anticlimactic Richmond race and opening the Chase in gawd awful Chicago will kill any momentum Nascar created this past weekend. And oh by the way, the Bears are home next weekend as well. Guess which stadium will be filled and which won’t?

I’m still not sure I”m buying the Clint Bowyer takes over for Tony Stewart in 2017 rumors yet.