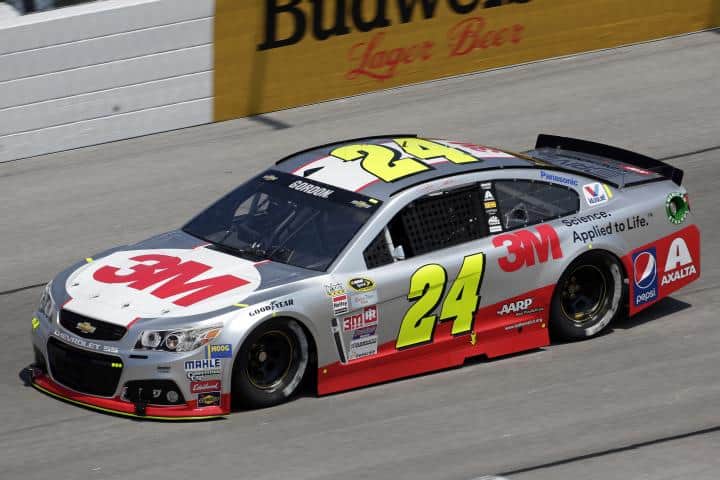 You’ve heard it all year: win and you’re in the Chase for the Sprint Cup.

Well, this weekend marks the final chance for a driver in the NASCAR Sprint Cup Series to do so. By scoring a victory, while also being inside the top 30 in points and having attempted every race of the season (barring an exception from the sanctioning body), a heretofore winless competitor can punch his or her ticket into the postseason of 16 drivers vying for the title.

There are five spots up for grabs heading into this weekend’s race at Richmond International Raceway. Clinch scenarios put additional drivers in the Chase field – Jamie McMurray‘s getting in as long as he starts the race, and Ryan Newman and Jeff Gordon join him as long as there’s a repeat winner.

But let’s take a gander at the idea that come Saturday, a driver who hasn’t won a race all season will slot into a Chase spot by visiting Victory Lane. That’s probably what NASCAR wants, after all, right? The fireworks of a last-ditch effort to secure a shot at the championship is a much surer bet in terms of getting national attention than someone who’s already won four times all year just doing it again.

Who can do it, though? Can anyone? We’re not talking a superspeedway like Daytona or Talladega, or perhaps the Sonoma and Watkins Glen road courses – places where winners can sometimes, but not generally, end up complete underdogs who don’t have a prayer at the mile-and-a-half ovals. Richmond is one of the series’ shorter tracks and may present a better opportunity for the masses than, say, Charlotte, but chances are that if a new winner for the season comes pops up Saturday, it’ll be someone who’s been there before, a welcome addition but not much of a surprise.

So, barring the 11 already in, what are the chances of a winless driver making their way in?

McMurray: Three top fives in his last four Richmond races, so it’s possible. It just doesn’t matter, since he just has to start the race to make it in.

Gordon: Probably the perennial favorite given that it’s his last season and all. Holds the second best average finish at Richmond in the last five races, with a 6.2 coming second to Kevin Harvick‘s 6.0. With how his season’s been going? Nah, probably not. He should squeeze in via a wild card anyway.

Paul Menard: One top five and top 10 in 17 starts, coupled with one win in the series overall. Doubtful, unless his Xfinity win at Road America still has him riding high.

Clint Bowyer: Here’s your best chance at an 11th-hour winner. Two wins in his career at Richmond, three top 10s in the last five races and a chip on his shoulder as Michael Waltrip Racing nears its end. He needs this and it’s going to be fun watching him take what he wants.

Aric Almirola: Two top-10 finishes in seven career starts at Richmond puts him as a driver with a possibility of being toward the front Saturday night, but a lackluster season in general doesn’t help matters.

Kasey Kahne: Aside from a 2005 Richmond win, has been largely unspectacular there. But don’t count him out; just six top 10s all here has ensured he’s been out of the conversation most of the time, but Hendrick Motorsports power is nothing to discount completely.

Greg Biffle: Boy, does Roush Fenway Racing need a win from its flagship driver. Too bad Biffle has a mere 20.6 average finish at Richmond his last five races and has never been extraordinary there in general.

Austin Dillon: Hasn’t contended for wins at Richmond. Doesn’t contend for wins on a weekly basis. Why would this weekend be any different? You’re better off following Richard Childress Racing teammates Menard and Newman.

Kyle Larson: Unlike Dillon, at least Larson has shown signs of life near the front in a Cup race occasionally. And with teammate McMurray guaranteed a spot, Chip Ganassi Racing can focus the brunt of its efforts on getting the second-year driver into Victory Lane. A 13th-place average finish there isn’t terrible.

AJ Allmendinger: A darkhorse, but his best chances at making it in (see: road courses) are through. Three top 10s in his Richmond career.

Casey Mears: Mears may make it interesting, but it’s tough to imagine Germain Racing in Victory Lane at a track like this.

Tony Stewart: Despite the driver of the No. 14 being mostly out to lunch this season, it’s hard to bet against three wins and the series’ sixth-best average finish at Richmond among active drivers. He even showed signs of competitiveness last weekend. Would certainly be a feel-good story.

David Ragan: Manages some decent finishes at this type of track provided he’s in solid equipment, and MWR still fits the bill. It’s a maybe.

Sam Hornish Jr.: Teammate Almirola will score a spot before Hornish does, but he hasn’t been terrible here (eight starts, two top 10s).

Trevor Bayne: Don’t bother with any Roush drivers not named Biffle this weekend.

Justin Allgaier: Had a sterling reputation at shorter tracks in the Xfinity Series, but anything better than a top 15 is hard to imagine.

In the last five races at Richmond, all have been won by drivers already in the Chase entering this weekend (Carl Edwards, Harvick, Kurt Busch, Joey Logano, Brad Keselowski). Nine races among active drivers have been won by the Chase hopefuls, while 21 come from active competitors already locked in.

So will it happen? Signs point to probably not, especially given that five of those nine wins come from the struggling Gordon and Tony Stewart, but don’t rule it out, either.

You know, even though Kyle Busch is about to win anyway. Whatever. Congratulations, McMurray!