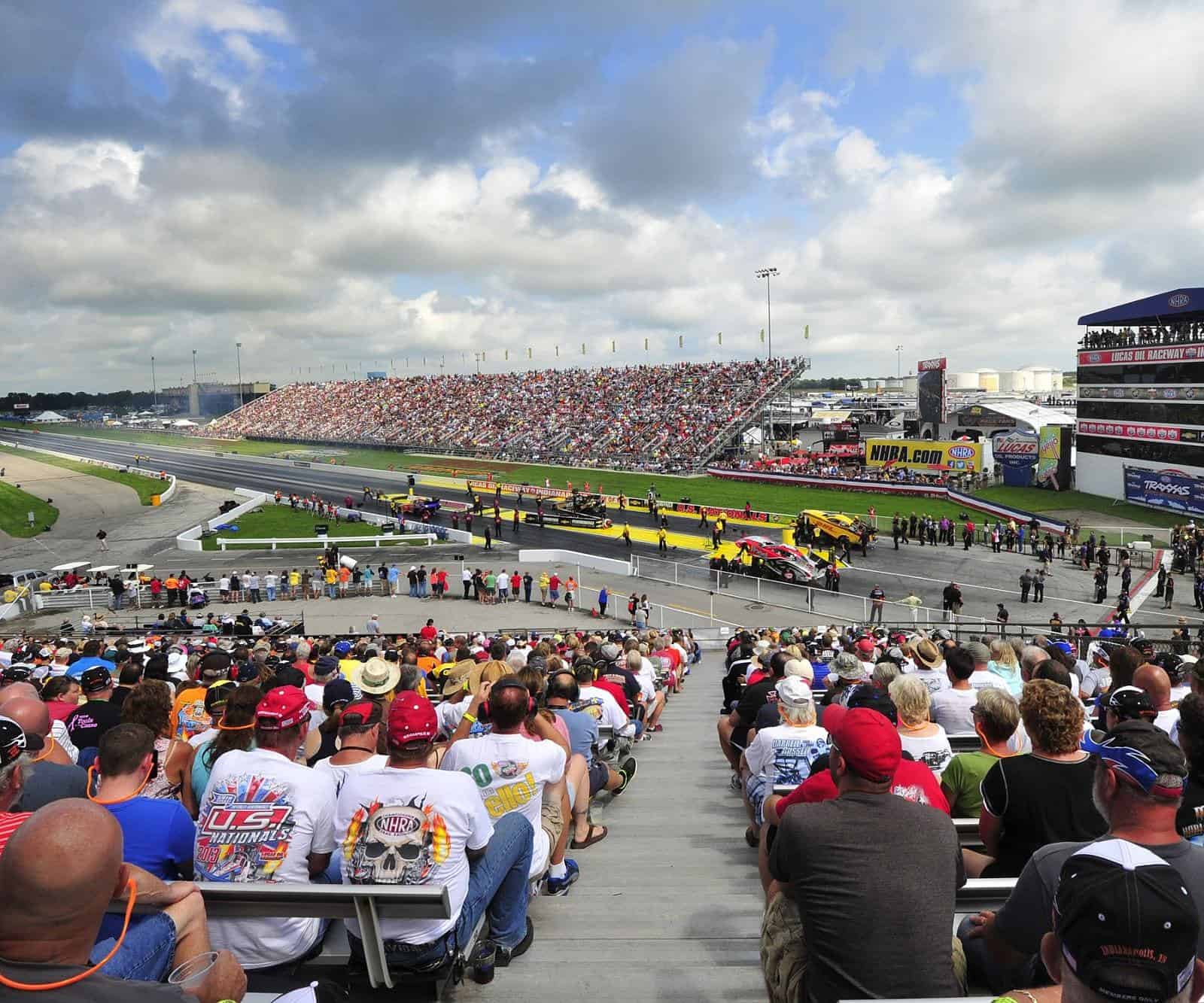 The Chevrolet Performance U.S. Nationals marked the end of the “regular season” while the upcoming Carolina Nationals kick off the start of the “playoffs,” if you want to look at it in stick-and-ball terms. This is a topic that always inspires debate.

Many purists find formats like the Countdown to be contrived, gimmicks created to manufacture excitement, but there are others who don’t see a problem with it. They think it’s not the end of the word if a little excitement is generated by closing up large points gaps and that there’s nothing unfair about it since everyone understands the rules going in.

If you’re a NASCAR fan, this whole debate sounds incredibly familiar, doesn’t it?

Part of the issue may have been the fact that there was a change from a longtime way of doing things. People don’t like change. Or maybe it really wasn’t broken to start with. Formats like this always lead to debate when someone comes from behind and takes a title from a driver that dominated right up until the playoffs started. Are they a deserving champion?

This week’s profile rider, Eddie Krawiec, won his first championship in 2008 under the Countdown system without even winning a race. Some might argue this could only happen under such a format, although Krawiec was the second driver to do so and this theory doesn’t really account for the other guy, Rob Bruins, who won the Top Fuel championship in 1979. There was no Countdown then, was there?

Ironically perhaps, it’s Steady Eddie that goes into the Countdown with the lead this year, a much smaller lead than he’s enjoyed for much of the season. We’ll see how that works out for him.

Kalitta Motorsports has announced a partnership with the Jimi Hendrix Foundation for the rest of the 2015 season that will also see the foundation as the primary partner on JR Todd‘s dragster for the first three Countdown events. The car will be unveiled next Friday, the 45th anniversary of Hendrix’s passing, at the Carolina Nationals.

The Jimi Hendrix Foundation works to improve the quality of life for children and to inspire creativity in music, arts and sciences. The Foundation’s Music for Life program, which provides children and young adults with musical instruments and instruction, will be featured in the partnership with Kalitta Motorsports and Todd.

“What an awesome way to start our chase at the title,” said Todd. “Hendrix was an amazing musician and I am excited to be able to represent this foundation and educate people on the Music for Life program.”

A special line of merchandise has also been created for this partnership and will be available starting in Charlotte at the NHRA Nitro Mall. A portion of the proceeds will go directly to the Music for Life program.

“We are thrilled with the opportunity that we had been given to showcase Jimi Hendrix and his amazing work,” said Jim Oberhofer, vice president of operations for Kalitta Motorsports. “Our goal with this partnership is to teach people about the Music for Life program and showcase the NHRA Mello Yello Drag Racing Series to a new and passionate fan base in the music world.”

* Have you entered to win our VIP NHRA Experience yet? You can win two tickets to the Carolina Nationals at zMAX Dragway along with VIP parking and a chance to meet either Ron Capps or Matt Hagan. There will be TWO prize packages! Winner also receives two NAPA or Mopar hats and a race proven rod or piston, signed by the driver. Click here for the entry form.

One entry per person, please. Winners are responsible for all travel, food, and lodging. Frontstretch and Don Schumacher Racing are only providing event tickets, parking and the VIP experience with the drivers. Winners will be randomly selected on Monday, Sept. 14, so enter now!

2015 – Enters the Countdown to the Championship as the No. 1 seed in Pro Stock Motorcycle, looking for his fourth championship; three wins; three runner-up finishes.

2008 – Won first Mello Yello Series world championship, only the second driver to do so without winning a race.

Robert Hight stops by this week to talk about Funny Car bodies. What happens when you see those big explosions that damage the body of the car? And what happens if one driver has too many of them in a weekend?

How exactly does the Countdown work? It’s actually pretty simple. After the final regular season race, points totals for the top 10 drivers in the four Mello Yello Series categories are reset. The drivers stay in the same order, with points totals reset in 10-point increments from 2,090 to 2,000. The regular season champion also gets a 20-point bonus, effectively spotting them a 30-point lead on the second place driver, with a 10-point gap between each driver behind that. The reset also puts the 10 drivers far enough ahead of the remaining drivers in the class to insure that the top 10 is locked in. That’s pretty much it. Drivers earn points at the final six events in the same fashion as any other race and the driver with the most points at the end is the champion.

The first year of the Countdown to the Championship playoff system in the NHRA Mello Yello Series.

The NHRA Mello Yello Series takes this weekend off before returning to action at zMAX Dragway for the Carolina Naitonals and the kickoff of the 2015 Countdown to the Championship. This time they go two-wide in Charlotte instead of four-wide.