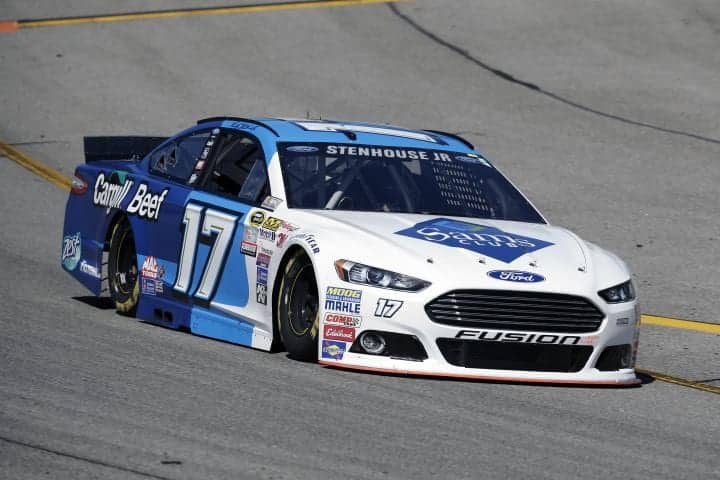 Early in the season the big concern was how well Joe Gibbs Racing had turned things around from 2014 and whether it was enough to be a factor in the 2015 Chase for the Championship. As the season played out, it became very clear the JGR was a powerhouse, but the same could not be said for Roush Fenway Racing.

Once the flagship organization for the Blue Oval bunch, for the first time in the history of NASCAR’s playoff system, RFR won’t have a driver contending for the Sprint Cup Series championship. It has been a dismal season for the team, and unless a miracle occurs in the coming months, the “slow death” of RFR could be even more torturous on the crews, drivers and shop employees.

Don’t get me wrong, Greg Biffle isn’t a bad driver. In fact, he’s pretty damn good. He’s won a championship in the NASCAR Camping World (then Craftsman) Truck Series and the Xfinity (then Busch) Series. He didn’t just “forget” how to drive or win races.

Neither did Ricky Stenhouse Jr. He may catch some grief over being Danica Patrick’s boyfriend, but that’s just poking fun (and a lot of jealousy on the part of nearly every guy who makes a sarcastic comment). As for his driving ability, he doesn’t suck, either. Stenhouse, Jr. also has two NXS (Nationwide) titles and was the Sprint Cup Series Rookie of the Year. Then there’s Trevor Bayne. He may be the newest full-time driver in the RFR Sprint Cup stable, but he’s paid his dues. More importantly, he found Victory Lane at Texas Motor Speedway in the Nationwide Series. And, oh yeah, he’s a Daytona 500 winner. The last time I checked, that’s something only 34 other drivers in the history of the sport could put on their resume.

As noted, all three of those drivers have one common denominator – they drive for Jack Roush, or the Roush Fenway Organization. And since he is the man in charge the blame for whatever ails the entire organization rests squarely on his shoulders.

The downfall of RFR isn’t just a performance issue, it’s an issue of denial. Somehow there is a disconnect between the “Cat in the Hat” and the cars on the track. This past weekend, Roush stormed away in anger when asked whether he was planning to make changes or if he knew how the team got so far behind the rest of the competition. And when told there was a certain amount of sympathy over watching a once-great race team not even being in contention for the title, he became even more angered.

“Well, go feel bad somewhere else,” Roush fired off. “I am not going to get into that with you here. I am working as hard as I can and I am making the progress that I can. That’s enough.”

In his defense, there is no way to know what high-level meeting he may have just come out of or whether one of the team’s sponsors had just expressed displeasure over the standings. The NASCAR world is probably one of the most stressful sporting leagues on the planet because teams rely almost entirely on corporate sponsorships. It’s not for the faint of heart.

Maybe it won’t take a miracle to fix what ails RFR. Could it be that all RFR needs is a tweak here and a tweak there to see a substantial improvement? That is most likely the hope of every RFR fan sitting in the grandstands or turning on the TV each weekend. There are still 10 races left in the season and that’s plenty of time for redemption; even if it’s only to prove that Roush Fenway Racing isn’t on life support.

You have to think that Both Matt Kenseth and Carl Edwards knows and could tell us a lot about the internal problems of RFR.. Jack lost control of the company several years back. He is little more than a figurehead now. Joe, Rick, Roger and Richard all carry a big stick when running their organizations, however, I would bet Jack has little respect behind closed doors.

Sometimes businesses, and make no mistake these megateams are businesses first and foremost, lose sight of what they are about. There have been whispers about this company for quite some time. Maybe its as simple as that.

I suspect that the majority of us have no idea just how difficult it is to keep even the smallest business viable over the long term. Even if you are very good there are times where a competitor finds a way to be a little better.

Absolutely true, and I like millions of others fight that battle every day. IMHO thats not their problem. In the last few years they have grown the company, acquired businesses and created others. I doubt that their problems started in the race shops.