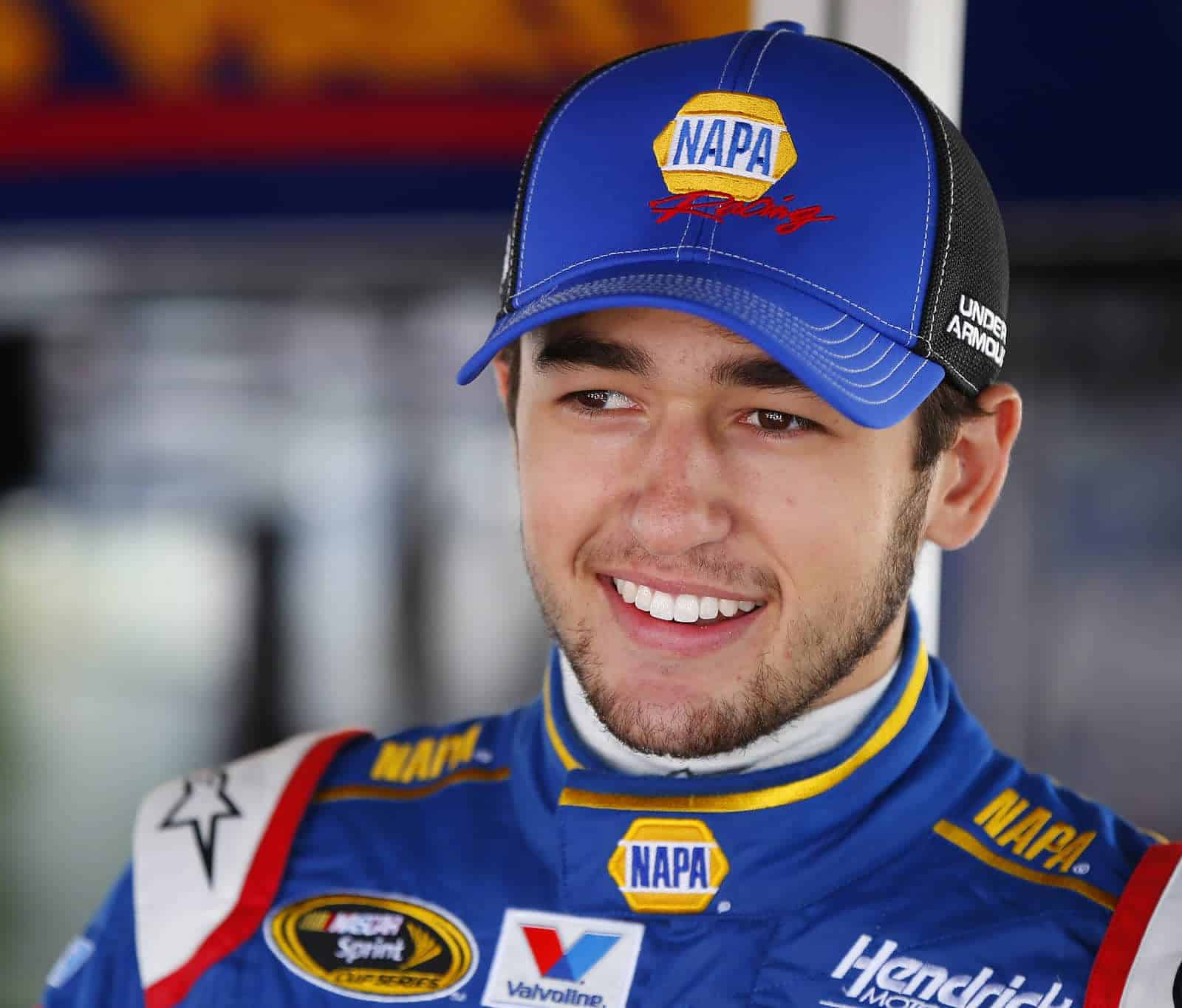 Sprint Cup Series: Kenseth Creeps Into Contention. Matt Kenseth is a modern man’s Terry Labonte: cool, calm, collected under pressure. Kenseth, like Texas Terry used to be the model of consistency, top 10ing his way to a championship in 2003 while making surviving bad days the hallmark of his driving style. Now, over a decade later he’s divorced from his first team, happily remarried in NASCAR and has a different way of putting up points with his Joe Gibbs Racing No. 20: trips to Victory Lane.

Will he match Terry’s resume and record a second championship run 12 years after his first?

Like Labonte, who experienced a renaissance after getting picked up by powerhouse Hendrick Motorsports, Mr. Kenseth is doing the same over at JGR. Quietly, while the stories there have revolved around Kyle Busch‘s miraculous recovery, Denny Hamlin‘s injury and Carl Edwards‘s arrival, it’s Kenseth who enters this Chase the strongest. Turning Richmond into a rout, Kenseth led 352 of 400 laps and was never seriously challenged en route to his third win in just over a month. Aside from a controversial final restart, one that appeared to be a direct result of win-or-else Chase bubble driver Aric Almirola directly behind him, there was no point whatsoever where Kenseth lost control of the race.”

The short run wasn’t the strongest part of our car tonight,” he claimed, denying Almirola’s presence had anything to do with it. “So I knew it was going to be important to make sure we were clear [of all traffic] when we got to turn 1.”

Since NASCAR didn’t call a penalty, Kenseth pushed his way right to his third win in six races. Now tied for the top seed in the Chase, he’s led more laps during that stretch than all but four drivers have the entire season. That makes him a serious threat to go all the way to Homestead, perhaps the only happy camper from a Richmond race that was otherwise little more than a disappointing snoozer. – Tom Bowles

Xfinity Series: Chase Elliott Finally Ends Winless Streak – It had been quite a while since Chase Elliott visited Victory Lane. The 19-year-old had been on a winless streak for over a year, but that ended on Friday evening at Richmond, edging out several Cup stars to win his first race of 2015.

The victory shrinks Chris Buescher‘s championship lead to 21 points with a handful of events left in the season. As Elliott heats up, he is looking to capture his second straight title in the Xfinity Series. However, the 21-point margin is still rather large, and it will take at least a few more top fives to win the title.

But for the first time since teammate Regan Smith‘s triumph at a road course, the headlines have featured a non-Cup star. Kyle Busch nearly won the race, leading 78 laps. Yet with Elliott’s car locked in late in the going, leading the final 83 laps, the No. 54 car could not find the winner’s circle. – Joseph Wolkin

NHRA: Nitro Stars Make the Media Tour Rounds: Six of the NHRA Countdown contenders will hit the road this week to visit the six cities that will host races in the Mello Yello Series playoffs. The drivers will provide a preview of the 2015 NHRA Mello Yello Countdown to the Championship and will participate in media interviews with television, newspaper and radio stations, pose for photos at the tracks and local landmarks and participate in social media events in their assigned cities.

Funny Car driver John Force will visit Charlotte, N.C., where the playoffs open at the Carolina Nationals next weekend. Richie Crampton is heading to St. Louis, site of the second round of the championship, the AAA Insurance NHRA Midwest Nationals Sept. 25-27, while JR Todd will go to Reading, Pa., where the third round takes place, the NHRA Keystone Nationals, on Oct. 1-4.

Cruz Pedregon is off to Dallas, site of round four of the Countdown, the AAA Texas NHRA Fallnationals on Oct. 15-18. Brittany Force gets to visit Las Vegas, site of the second-to-last event, the NHRA Toyota Nationals, Oct. 29-Nov. 1. Current Funny Car points leader Jack Beckman gets to visit Los Angeles, host of the season-ending Auto Club NHRA Finals at Pomona Nov. 12-15.

Sports Cars: Pirelli World Challenge Crowns Champions – This past weekend, while much of the stock car community was focused on the tripleheader at Richmond International Raceway (Sprint Cup, Xfinity and K&N Pro Series East), California’s Mazda Raceway Laguna Seca played host to the final race weekend of the year for Pirelli World Challenge.  Championships in all seven divisions were up for grabs.

GT saw Cadillac’s Johnny O’Connell win his fourth consecutive title, but it was by no means easy as he had contact while racing for third with chief rival Olivier Beretta. O’Connell dropped to 14th, but later recovered to finish 12th. Beretta was penalized for the contact, dropped back through the field and later retired.

In the final race of the season, NGT Motorsport brought in a couple of “ringers” for the weekend in 2013 Rolex Sports Car Series GT champion Alessandro Balzan and Alessandro Pier Guidi to replace the Cisneros brothers (Eduardo and Henrique).  The ringers proceeded to dominate the weekend by qualifying 1-2 (Pier Guidi on pole with a track record) and finishing 1-2 with Balzan taking the win.

GTA saw Eric Lux claim the class victory from pole in his Mercedes AMG SLS-GT3, while Frankie Montecalvo had already clinched the class title in his similar No. 66 Mercedes. Colin Thompson won the GT Cup class, putting another feather in his cap while dominating the GT Cup championship. Part-timer Kris Wilson won the standalone GTS race for TRG-Aston Martin Racing, his fifth win of the year. Michael Cooper, driving the No. 10 Chevrolet Camaro for Blackdog Speed Shop, finished 10th and claimed the GTS championship.

The Pirelli World Challenge season finale for the GT, GTA and GT Cup classes can be seen Sep. 20 at 3:30 p.m. on CBS Sports Network. The GTS finale will air Sep. 23 at 9 p.m. – Phil Allaway

Short Tracks: Eldora Brings a Familiar Story – Jonathan Davenport and Scott Bloomquist have been setting the dirt late model ranks on fire in recent months, and the World 100 weekend at Eldora Speedway was no different. After Davenport went on a tear in the summer months, it has been Bloomquist mainly that has taken home most of the trophies lately.  Bloomquist started from the pole during Saturday night’s A-Main event, but was passed early by Jared Landers. Further back it was Davenport, already a winner of the dirt late model Dream with a $100,000 payday back in June, who was picking off one competitor after another from the 18th starting position. With less than half of the laps remaining, Davenport caught and passed Landers for an additional $48,000 payout and win. NASCAR Camping World Truck Series Eldora runner-up Bobby Pierce finished second with Bloomquist behind them in third.

Elsewhere, touring series are inching closer to deciding their 2015 champions. At Montgomery Motor Speedway in Alabama, defending NASCAR Xfinity Series champion Elliott stopped by and won the Southern Super Series penultimate race. Following a seventh-place finish in the Alabama 200, Texan Casey Smith enjoys a comfortable advantage over Donnie Wilson in the points chase as he looks for his first series title heading into the finale at Five Flags Speedway in Pensacola, Florida in less than two weeks.

The SRL Southwest Tour asphalt late models visited Rocky Mountain Raceway in Utah, with Jacob Gomes ending up triumphant and closed-in on championship leader Greg Voigt with two races remaining. In Washington, it was Owen Riddle that won at the Wenatchee Valley Super Oval, but with a podium finish Garrett Evans extended his points lead heading into the final race of the Tri-Track Super Late Model Series at Yakima Speedway in early October. – Aaron Creed