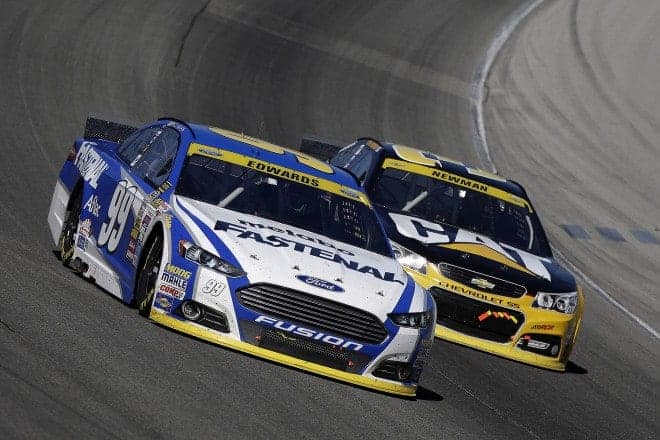 With the summer winding down, the wait is over. The Chase for the Sprint Cup is here.

JJ Yeley, Travis Kvapil and Timmy Hill will have to make the race on speed.

Brian Scott, whose 2016 plans are still uncertain, will compete in the No. 33 Chevrolet for Circle Sport Racing. Scott, who competes for Richard Childress Motorsports in the NASCAR Xfinity Series, made his 100th-career NXS start at Richmond International Raceway.

Fresh off a newly-announced extension with Hendrick Motorsports, Jimmie Johnson will head to Chicagoland atop the NASCAR Sprint Cup Series points with sponsorship from Lowe’s. Johnson is looking for a record-tying seventh championship.

The NASCAR Sprint Cup Series will return to Chicagoland Speedway on Friday, Sept. 18 for practice and Coors Light Pole Qualifying at 6:45 p.m ET. The field will then return on Saturday for two more practice sessions. Coverage for the MyAFibRisk.com 400 will begin on Sunday at 3 p.m. ET on NBCSN and MRN.