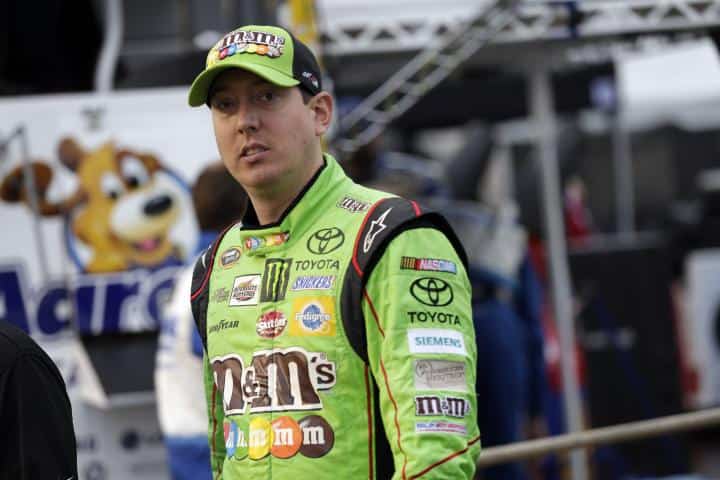 The #NASCAR 1M Follower Club is exclusive club where drivers sit and drink martinis and tweet "hi" and watch it get like 100,000 favorites.

NASCARCasm has been posting some interesting things over the last few weeks. His most recent idea? Have drivers with over one million followers tweet “hi” and watch the number of favorites and retweets pile. This, however, would be interesting to actually follow.

Tony Stewart had some fun on Thursday as a dirt-track owner. Stewart spent a lot of time at Eldora Speedway watching the World 100 race as a spectator and owner. Stewart posted his appreciation for the event and the hard work the previous owner of the facility built right into it.

We r never alone in many of our journeys n this world. We feel very fortunate to have the opportunity to help others! pic.twitter.com/rHcqRdJCMm

Kyle Busch had the opportunity to help another family late afternoon on Thursday. Whether you love Kyle and Samantha or not, this is something that people will never forget. This truly shows how great athletes are and should never stop doing things like this for everyday people.

Denny Hamlin got into a betting mood on Friday at the Richmond International Raceway. Hamlin jokingly posted this tweet, predicting the number of times Carl Edwards uses the words “neat” “awesome” and “cool” during his media availability. We hope Hamlin did not lose very much money in the process.

Tonight..I'm going out and racing my heart out for the 200+ employees that make up @MWRteam that deserve one last chance to race for a champ

Clint Bowyer posted one final tweet before strapping into his office on Saturday at the Richmond International Raceway. Bowyer wanted to go out and race his heart out in hopes to have a shot at racing for the Sprint Cup Series title with MWR for one final time. Bowyer did just that by being the final driver to get into the Chase via points.

NASCAR Merchandise shared a unique photo as the race ended on Saturday evening. The account posted this tweet, saying that the Chase for the Sprint Cup Series hats were on the way to be delivered to the 16 lucky drivers. Having the opportunity to do this would be a thrill of a lifetime.

I have really enjoyed reading all of your comments about the chase. I love how dedicated @NASCAR fans are for their drivers.

Jamie McMurray had to be one excited driver coming into the race on Saturday evening. All McMurray needed to do was take the green flag on Saturday in order to lock into the 2015 Chase. The Missouri native took to Twitter, thanking fans for all of the positive comments.

It's been a difficult afternoon sitting next to @JrrhodesJr #HTTR pic.twitter.com/PX2RpxWABU

Dale Earnhardt Jr. spent his Sunday afternoon watching football with a buddy of his. His buddy, not a Washington Redskins fan but a Miami Dolphins fan, who played against each other on Sunday, had some fun over at Earnhardt’s house. We wish we all could’ve been a fly on the wall during this time.

Joey Logano had some fun on Twitter Tuesday morning while on his way to New Hampshire to promote the 2015 Chase for the Sprint Cup. Numerous drivers, including Logano, are set to make appearances all over the United States. Good thing Logano has an extra polo shirt with him.

John Hunter Nemechek had some fun last weekend on the water. Nemechek had the opportunity to pilot a boat with Race City Marine and Leif Abel. It appears that driving a boat on water would be a lot of fun!