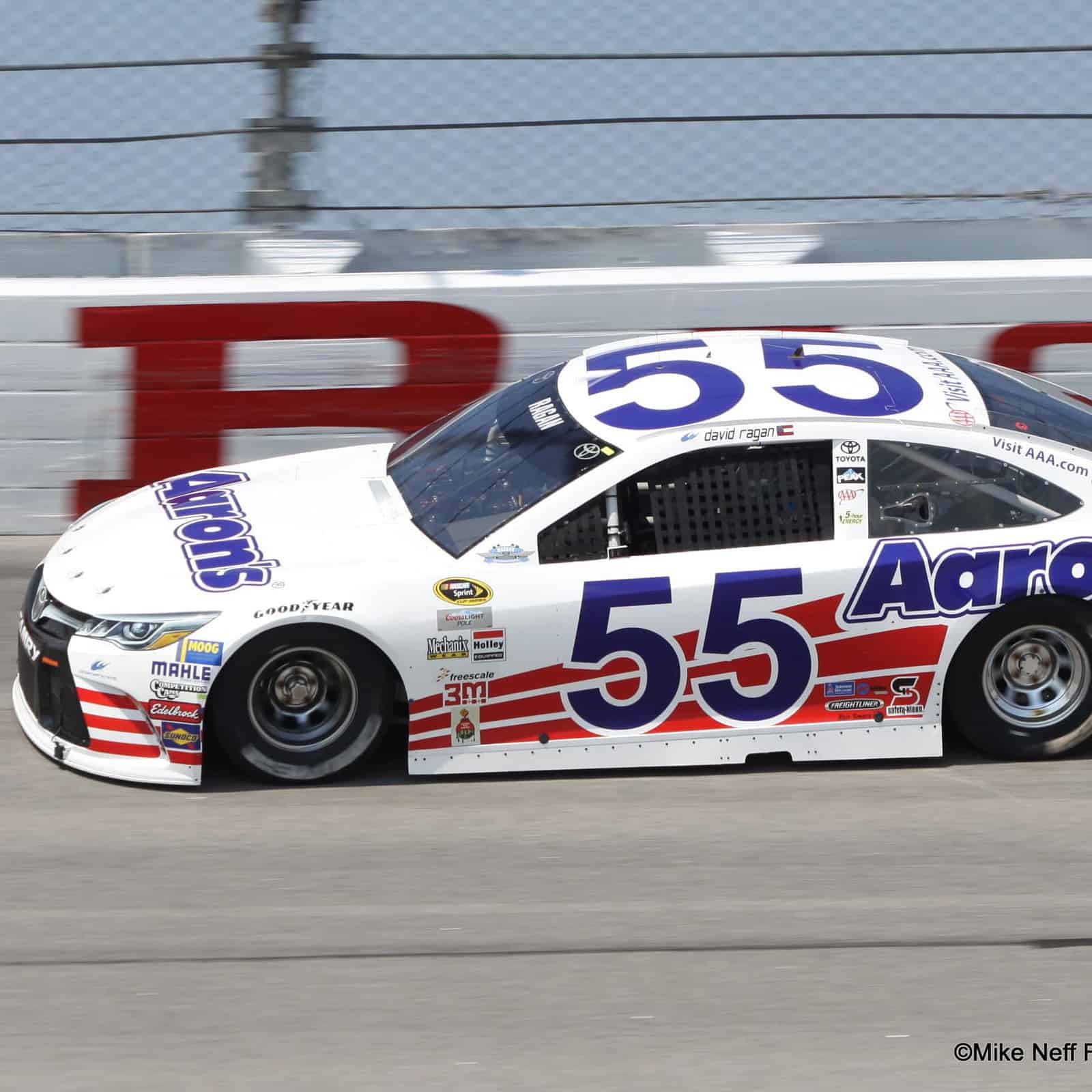 When a team shuts down everything is affected; drivers and team members are left in a tough situation especially when the move happens late in the season. Included in that oftentimes are the sponsors of the team who are left in a decision to either move to another team or drop out of the sport entirely.

On Thursday, according to Sports Business Daily, Aaron’s announced it will not sponsor a car in NASCAR for the 2016 season after previously sponsoring Michael Waltrip Racing’s soon-to-be-shuttered No. 55 for the past few years.

According to the website, the company had been in talks with other organizations for 2016, but ultimately decided against pursuing further talks.

“We have decided to take some time off from a team sponsorship for the 2016 season,” the company said in a press release. The NASCAR fanbase is an important audience for us and we have built substantial equity over the past 15 years. We are exploring creative ways to continue to participate in the sport in 2016 including media, brand relationships and track activation.”

Aaron’s had a long relationship with MWR and Michael Waltrip. The company first appeared on a MWR car in August 2000 in the then NASCAR Busch Series at Bristol Motor Speedway. Since then the company has with the team in some capacity and has been on a Cup car steadily since the 2008 season.

MWR announced earlier in the season the team will cease operations after the 2015 season, leaving drivers Clint Bowyer, David Ragan and Brian Vickers without rides at the moment. Bowyer has been linked to HScott Motorsports for 2016.

So, I guess this means that whatever network broadcasting the races will ***FINALLY*** have to stop referring to the driver who gets the free pass as “the lucky dog”. I certainly hope so!

So that makes it a little clearer why Kaufman pulled out of MWR.

Oh, what a shock! A business made the decision that NASCAR, with its free fall decline in viewership, was a terrible waste of advertising dollars. What amazes me is that any company would continue to dump money down the black hole that is NASCAR.

I think there is some value to sponsorship, but at the right price. And the teams themselves, collectively, bear a lot of responsibility for the escalation in costs. The real value of sponsorship in motorsport, IMHO, is in the business to business relationships.
Not to knock Aaron’s and what they do but maybe the Nascar demo wasn’t what they needed.

I freely admit that you are much more knowledgeable about matters such as these. (Here comes the) But, I have Xfinity and every time I receive my bill I get pissed off at being forced to help those morons sponsor a racing series NOBODY watches. I’d rather pay a few bucks less per month or at least have them advertise in some way that would at least justify the expenditure.

I have them also, but if I remember correctly at one time the majority owners of Comcast owned or held major interest in the 76’ers and the Flyers.
But to change gears a little bit if the sponsor(s) are paying you x dollars,wouldn’t you use that number as your budget? Or at least the amount of your income, regardless of source would be the budget. So how are you “losing” money? Just asking.

We will probably pick up two B-B arrangements if all goes well, one domestic, one international. Wouldn’t have happened w/o name on side of the car, and the owner being a nice guy.

Its a shame when a long term sponsor is forced to pull out. Especially when that sponsor is on the quarter panels of a second tier team.

NASCAR needs to honestly take a hard look at the declining ratings and exponential costs associated with the sport. The Hendricks, Gibbs, Penske teams etc are dominating the sport much like the bad old days when if you weren’t fortunate to have factory support you couldn’t compete.

Drastically slowing the cars down would even the playing field and increase competition.

Maybe then the stands would fill up again and the TV ratings would increase.

Long term sponsor forced to pull out? Perhaps decided that their money could be better used elsewhere?