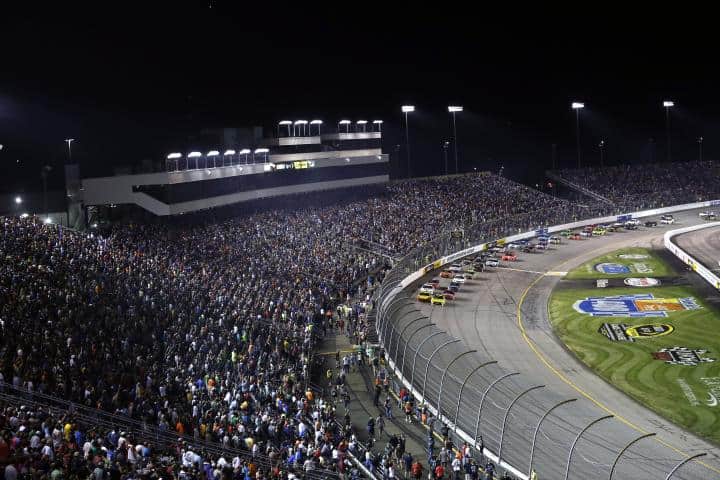 Out like a lamb and in like a lamb. That description feels apt for the end of the Cup Series’ regular season and the beginning of its Chase – or is it playoffs? In many ways, there is nothing surprising about the regular season wheezing out as few can remember anything significant happening in that 26th race save for two instances.

The first, when Jeremy Mayfield won in a magnificent effort at Richmond to earn his spot (on points – wins didn’t matter then) in 2004, to the inaugural Chase. The problem that Mayfield’s win brought was that it intoned that further regular season finales would bring similar masterful performances, or at the very least, a heightened sense of drama featuring the question of just who might pull the proverbial rabbit from the hat to race for the championship.

The second moment still lingering is the Clint Bowyer spin fiasco from just two years ago. The controversy from Bowyer spinning in an attempt to get his then-teammate Martin Truex Jr. into the Chase created a swarm of media attention that questioned how teammates function on the track. In addition, the incident marked the beginning of Michael Waltrip Racing’s slow decline into – after the season ends – nothingness.

Aside from those two races, does anyone recall anything exciting about the cut-off race at Richmond? Didn’t think so. For all the hype the TV coverage brings, it’s rather difficult to have a stick-and-ball equivalent in racing that matches something like a bottom-of-the-ninth game-winning homer, or a fourth-quarter comeback complete with a touchdown scored in the waning moments. Racing just doesn’t quite work in the same way.

But hey, at least it’s Chase – or playoffs, according to Rutledge Wood – time, which means the other 27 drivers are totally irrelevant and we can all now narrow our focus.

Happiness Is… Another Record. Sure, vinyl has held a friendly niche category since the mid ’90s, with turntables and dropping the needle still a part of some people’s lives. For the most part, the CD took over and then has been displaced by its digital brethren. But there’s still records out there. And for those people who aren’t hipsters it’s those that have failed to embrace new technology that also help to maintain the sonic dinosaur.

Therefore, it’s fitting that Jeff Gordon will be adding another record to his collection this weekend at Chicagoland. Wonderboy will be exemplifying his sense of endurance by starting his six millionth consecutive race (actual number: 788).  Take that Denny Hamlin, you glass figurine! It’s not like Gordon isn’t already a first ballot hall-of-famer, but this accomplishment just adds to his ridiculous (or as my niece would say, ridiclious) cache of numbers already on his resume. Now about that fifth championship.

Happiness Is… Chicagoland. Located in Joliet, Ill., the Chicagoland track opened in 2001, with Kevin Harvick winning the inaugural race for Richard Childress Racing. Ooohhh, wowwie. Or something. The truth is that most fans are already moaning about the race this coming weekend, and probably with good reason, as the event will likely be another follow-the-leader affair brought on by a mix of bad tires, bad aero and that no one really seems willing to take a risk anymore. That it’s one of the common 1.5-mile tracks doesn’t enhance the desire for many people to turn the channel away from football.

All of the aforementioned issues make it difficult to defend that Chicagoland marks the beginning of the Chase. Here at Happiness Is we’re here to find the positive spin, so how about: The series visits the track just once a year, so maybe everyone won’t have all the data they need to perfect set-ups; or Illinois winters are brutal and it’s a good bet that another year of weather has made the track just a tad more difficult to drive; or how about that the midday start time will mean that the drivers go from daytime to dusk, warranting changes to the car to keep up with the track. Just trying to be positive.

Happiness Is… Smog. If NASCAR keeps killing your interest in the sport, you can always spend a couple moments checking out the Formula 1 race taking place in Singapore this weekend. Is Lewis Hamilton running away with the championship this year? Yes, yes he is. Does Mercedes continue to show an advantage much like Joe Gibbs Racing has done this summer in the Cup Series? Um, no, Mercedes is way more dominant.

This race, however, is one of the more unique ones on the F1 calendar. While there had been concerns about the local smog being a factor – yes, it has been that heavy – and could be a problem for fans and visibility for drivers, the show must go on, and it will. The fantastic element to this race is that it takes place at night and is lighted in a way that is aesthetically serene.  To have these million-dollar show-ponies dart the streets of Singapore is a beautiful thing.

Happiness Is… Extension. Whew, Jimmie Johnson isn’t going anywhere. That was close. With Lowe’s waiting so long to renew his sponsorship, it sure seemed like he would be a victim of silly season. Unsubstantiated rumors had him racing for Tommy Baldwin Racing or BK Racing. Uh huh. Not even sure how any drama surrounded Johnson but perhaps that was all tied with the question of whether Lowe’s would stay in the sport – especially as its rival, Home Depot, has divested so much over the past few years. Guess the six-time champ still gets some attention.

It’s Johnson time again. Brian will see to that. Race tracks. Tires. Whatever else it takes. He has to look forward to Hendrick’s Monday morning phone call.

-The vote of no confidence in BZF & announcement that Humpy Wheeler was taking over
-The elimination of one or more races at Chicago, Texas, Kentucky, Kansas, California, Michigan, New Hampshire, Pocono, Charlotte
-The addition of Rockingham, North Wilkesboro, Iowa
-The retirement of and an apology for “the chase”
-A unique identity for the GN series racing on tracks suitable for it & the trucks (e.g. South Boston, Gateway, Milwaukee, Rockingham, North Wilkesboro, IRP, Hickory, Montgomery, Colorado Springs, Mansfield)
-The breakup of megateams & a rule stating that one driver / one owner teams housed in a unique, standalone facility
-The return of Southern accents and heritage to stock car racing
-Fostering & material support of local tracks & series
-Duct tape on the mouth of each Waltrip on tv.

That’ll do for now. Color me a cynic in my old age…

I think you pretty much covered it Mike! Especially like the break-up of the mega teams and having each series run on their own tracks. Oh, of course having Brian resign and the Chase eliminated but those are just on everyone’s wish list. While I know that duct tape is good for 200 mph I’m not sure that its strong enough for the Waltrips jaws.

Wow, Mike, you said it all! Applause!!

Thanks to all. Forgot to add Indianapolis to the “delete” list. Only was reminded by an article on RaceFansForever.

Thankfully college football is at hand. My Auburn Tigers will face off against LSU. I don’t have high hopes given the lackluster performance last week against Jacksonville State. See, BZF? You got me talkin’ football on a nascar “racing” site.