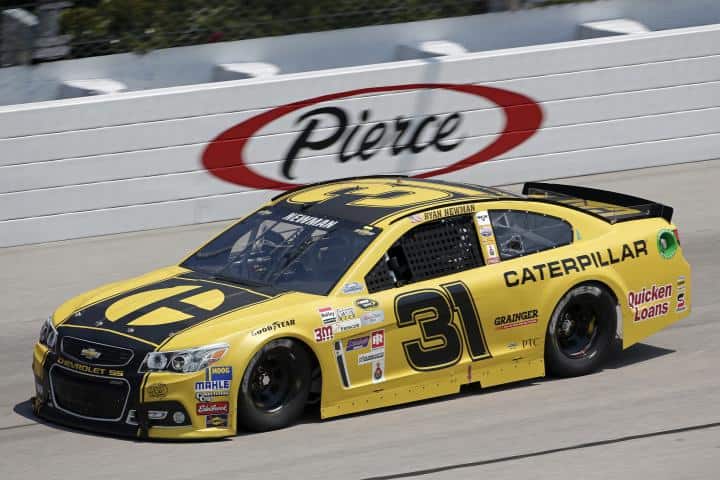 Race fans, the time is finally here. Whether you look forward to it or dread it, the Chase for the Sprint Cup is upon us.

This season’s Chase is the second installment of NASCAR’s playoff format, pitting the top-16 competitors on the circuit against each other in rounds, with four drivers dropping out after every third race until only four stars remain for a winner-take-all shootout at Homestead-Miami Speedway.

NASCAR instituted the new format in the hopes of making winning matter. Winners in the regular season earn a guaranteed spot in the Chase as long as they attempt to make each race and stay in the top 30 in series points. Once the Chase begins, any contender that earns a victory earns a bye to the next round, eliminating one driver hoping to advance on points.

While the new championship format appears to have increased the emphasis on winning, drivers such as Ryan Newman and Jamie McMurray have proved that winless drivers can still give themselves a chance if they can find consistency.

Last season, Newman came within one position of celebrating his first NASCAR Sprint Cup Series championship  and with it, the thought of a winless champion became a real possibility.

Entering the second edition of the new Chase format, the question on the minds of critics, drivers and hopeful Jeff Gordon fans is this: Can a winless driver lift the Sprint Cup in November?

Can a Winless Driver Win the Championship?

Opinion One: Yes! Of Course They Can!

Newman is a Daytona 500 champion, Brickyard 400 champion and a Sprint Cup Series veteran of more than a decade. Still, if you asked anyone going into last year’s Chase, no one would’ve predicted that the Rocket from South Bend, Ind. would be competing for the title come Homestead.

Newman was in the midst of one of his worst seasons statistically entering the Chase, but with some luck, newfound speed and gratuitous usage of the chrome horn at Phoenix found a way into the final round.

Sure, Newman came up short because he didn’t win, but if it weren’t for late cautions that allowed eventual champion Kevin Harvick to close the gap, Newman could’ve worked his way around Denny Hamlin and taken the title, win or lose.

That Newman – driving for the then-struggling Richard Childress Racing and ending with his first winless season since 2009 – could contend for the championship offers hope for this fall as drivers like Gordon, Clint Bowyer and – once again – Newman try to triumph without a victory.

Yes, it will be difficult. With Matt Kenseth, Kyle Busch and Joey Logano seemingly winning every weekend, the amount of openings to advance each round will be minimal.

Still, with consistency comes opportunity. Last season, Newman advanced by scoring top 10s while his competitors suffered DNFs. Yes, drivers like Brad Keselowski and Dale Earnhardt Jr. were quicker than Newman most weekends, but Newman’s consistency pushed him to the top as the others suffered crashes, blown motors and flat tires. The same scenario promises to present itself again, whether it occurs this season or in future years.

Five drivers enter the 2015 Chase without a win to their name. There’s a good chance that four of those drivers will be eliminated following the third race of the playoff at Dover. However, with a slew of top 10s, a few top fives and a little luck, the driver that lifts up the Sprint Cup in Florida could be making their first trip to Victory Lane.

Opinion Two: Consistency Matters, But So Does Winning

For 66 years, one driver has stood above the rest as a champion of the NASCAR Sprint Cup Series: Regardless of the championship format, not a single champion has been winless.

Sure, Newman offered a scare for purists who believe that a winless champion would taint the legacy of the championship, but even then he lost the title to five-race winner Harvick.

Why? Because Newman couldn’t make his way to Victory Lane.

NASCAR instituted the new Chase format in 2014 to emphasize winning. Regardless of whether the format succeeded or failed in achieving its goal, one thing was still certain: Getting to Victory Lane still mattered in the end.

Newman’s run – strong, consistent and relentless – offered the ultimate test for NASCAR’s winning-matters mentality. By rising to second in the season finale, Newman even pushed the limits of going winless to the brink.

Still, he came up short.

The Hoosier’s run, while stellar, proved only that consistency is still important for the final 10-race gauntlet. When it came to the final race, a four-car showdown to determine the champion, it took winning speed to claim the Sprint Cup.

The same occurrence will happen this season. Some winless drivers might make themselves into contenders, but when it all comes down to it, it’ll be a team that’s made their way to Victory Lane that celebrates the biggest victory in the end.

The reason is simple. Winning, while important for team morale and earning a bye in the Chase, also shows that a team has the speed necessary to top their competitors.

Don’t be confused, winning isn’t everything. Keselowski earned a career-best six victories in 2014, but failed to make the final round after suffering setbacks at both Martinsville and Texas.

The championship formula isn’t comprised solely of victories or consistency, but a combination of the two. Keselowski’s six wins were impressive, but two straight rounds of issues proved too much to overcome. Newman’s consistency got him to the final round, but his inability to win cost him when it mattered most.

Both the winningest and most consistent drivers failed to earn the championship in 2014. Instead, the title went to Harvick, who finished inside of the top 15 in all but one race of the Chase, and overcame the one bad performance – a 33rd-place result at Martinsville – with a victory at Phoenix to advance and ultimately earn his first-career Sprint Cup.

NASCAR’s new Chase formula incentivizes winning, and while consistency can overcome the gains from winning up until the finale at Homestead, ultimately it will take winning performance to earn the sport’s biggest prize.

I think last year proved it could happen. But it probably won’t.

You don’t need wins to get the trophy. You need the most POINTS. Why can’t Brian get that?

The Newman scenario proves that consistency has always mattered. Fans never seemed to worry about how many wins the title winner ad, just that they had proved to be the best over the entire season. This just makes this entire emphasis on ‘winning is everything’ even more ridiculous. It was unnecessary to begin with, and has just gotten even moreso with the eliminations. Really, all 43 teams on the track, and Nascar wants us to pretend that it’s just a ‘battle’ between 16 drivers? I guess they really do believe the fans are as stupid as BZF.

Points, cruising, stroking………Sorry folks, real fans have ALWAYS cared about wins. As Ralph Waldo Emerson famously stated, “Consistency is the hobgoblin of little minds” and Frontstretch readers. Nobody wants or would respect a winless “champion.”

Bill B
Reply to  brokenarrow

Yes but the system as it exists now could result in one driver winning 35 races and losing the championship by finishing 2nd in the final race (assuming one of the other 3 survivors won it). Wonder what Ralph Waldo Emerson would say about that? Probably the same thing most Frontstretch readers are saying about the chase… it’s effin stupid.

I hope it happens – maybe NASCAR will then see how ridiculous this “Chase” format is.

Honestly, I just don’t care. The constant Chase, Chase, Chase makes me less and less likely to tune in.

C’mon John, don’t be that way! Remember that you’re part of a Nation and that makes the Chase that much more exciting! Sure, it’s Tarp Nation but its still a Nation just the same.

I’m pulling my tarp over my head and hiding under it until this whole mess is over!

Anybody but me thinought that this whole thing is just an elaborate exercise to get more money for Nascar and the teams?