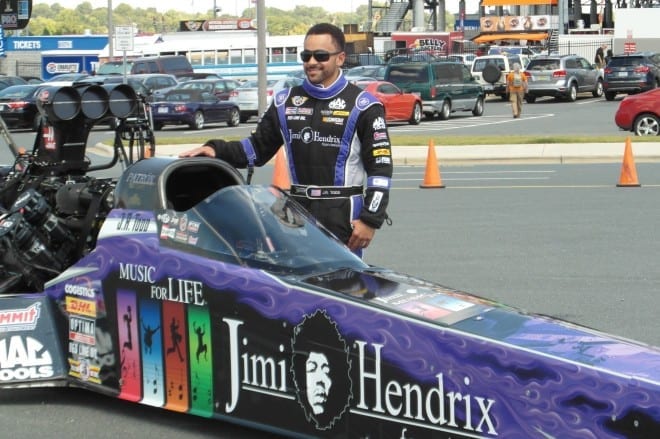 The NHRA Mello Yello Drag Racing Series’ Countdown to One begins this weekend at zMax Dragway with the Carolina Nationals. Our own Toni Montgomery is on-site with an update on Friday’s activities.

Action resumes tomorrow with two more rounds of qualifying. Delayed coverage of qualifying can be seen Saturday night at 11:30 p.m. ET on ESPN2. Eliminations are on Sunday.

A writer for Frontstretch since 2002, and editor since 2006, Toni heads up the NHRA coverage for the site. She’s responsible for post-race coverage in the weekly Pace Laps multi-series round-up along with the weekly Nitro Shots column featuring news and features from the NHRA Mello Yello Drag Racing Series. An award-winning former writer for the Presbyterian Church, Toni works in web design and freelances with writing in North Carolina.
Previous Off the Wall With: Alex Bowman
Next Number Crunching: Figuring Out the Best Bets for the 2015 myAFibRisk.com 400 at Chicagoland