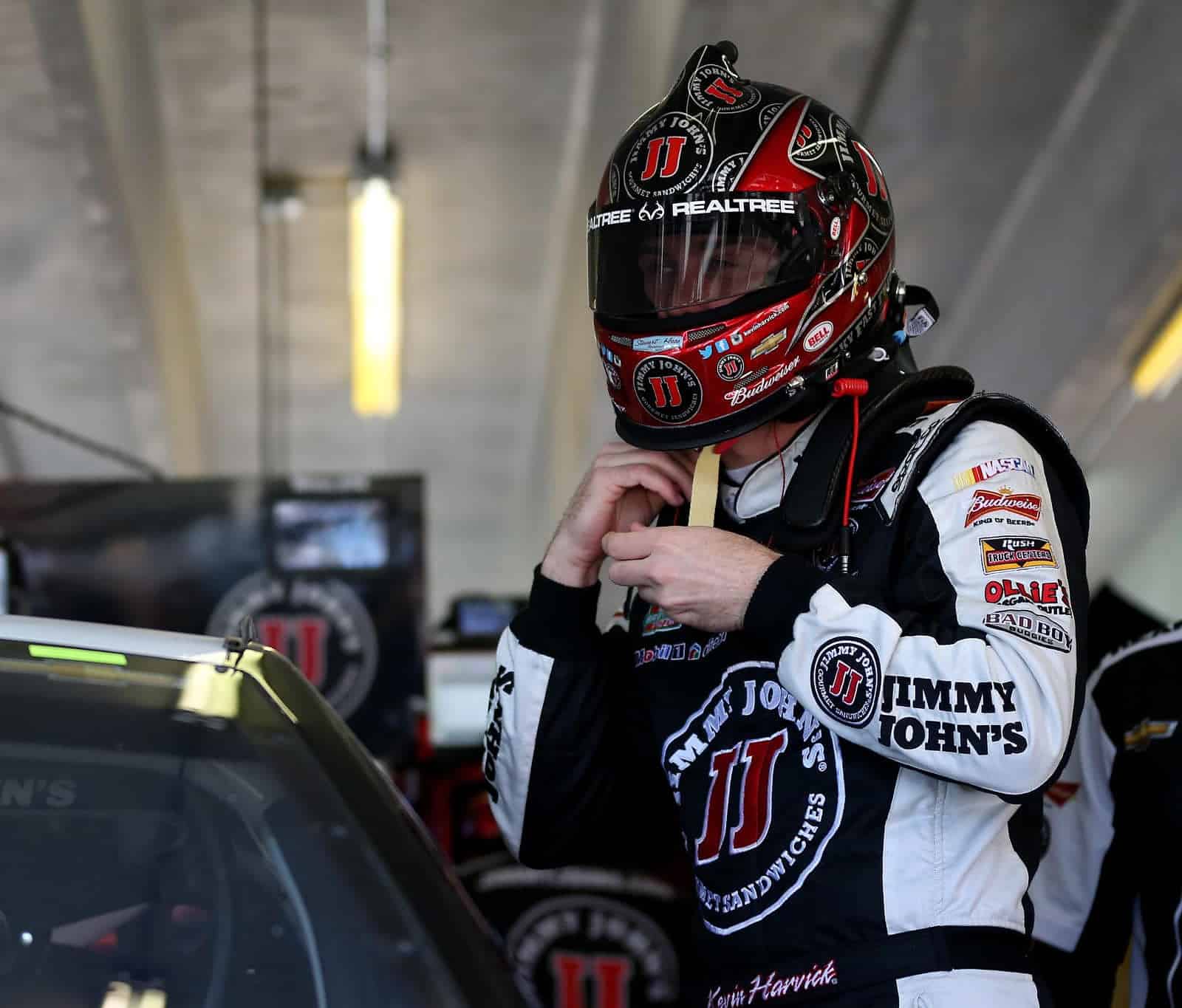 When qualifying is cancelled, NASCAR has a series of rules that determine the starting grid, based upon how much track activity occurred prior to the rainout. Since the first practice session was completed, the field was set using a combination of the speeds from that practice and race attempts. As a result, Kevin Harvick, who was fastest in practice, will start from the pole. Joey Logano will start alongside.

Brad Keselowski and Martin Truex Jr. will make up Row 2, while Austin Dillon and Ryan Newman will be in Row 3. Kyle Busch, Kasey Kahne, Kurt Busch and Jeff Gordon will round out the top 10.

12 of the top 14 qualifiers are in the Chase for the Sprint Cup. Those Chasers starting outside the top 14 are Paul Menard in 16th, Dale Earnhardt Jr. in 19th, Clint Bowyer in 26th and Denny Hamlin in 29th.

The three drivers who failed to qualify are Ryan Blaney, Travis Kvapil and Michael McDowell. These three drivers had the least number of race attempts. For Blaney and McDowell, it is the third time this year that they’ve had to pack up and go home early because of qualifying being rained out. The DNQ especially hurts for Blaney since he was ninth quickest in practice and had a chance at a good qualifying effort.

Good old Mother Nature does it again. A team who was 9th fastest goes home while another team who was 46th fastest, and a full 11-miles-per-hour slower gets to race. That’s the penalty for running a partial schedule. You can be fast, but, if you don’t make an attempt every week like some start-and-park, you’re screwed. Well, the rules are what they are I guess.