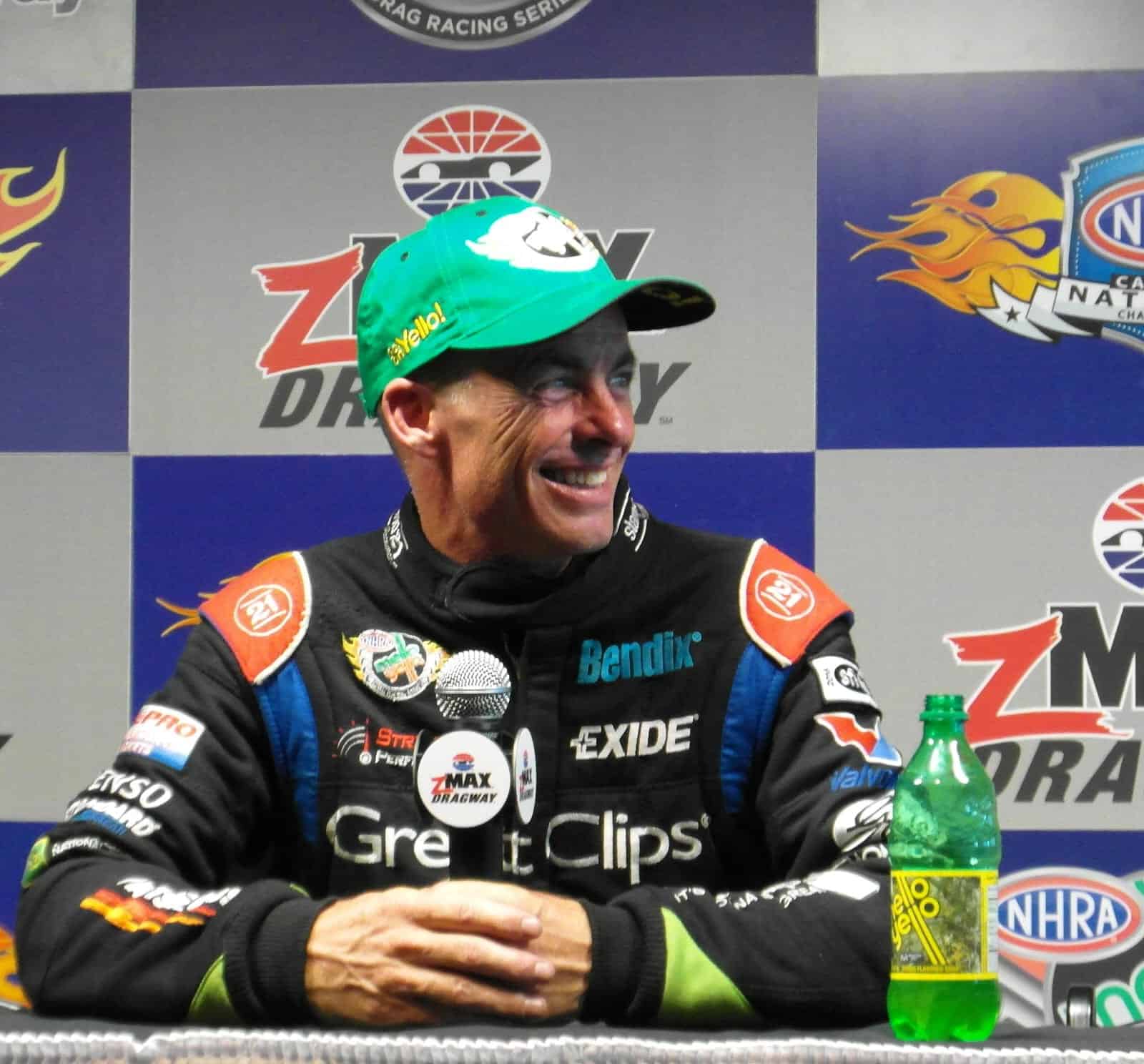 After two qualifying sessions in the heat of the day on Saturday, the field has been set for eliminations on Sunday for the Carolina Nationals. The high track temperatures made for a lot of sliding around and not a lot of improvement on the times set on a much cooler track on Friday night during the second session.

In Top Fuel, Clay Millican stayed on top and scored just his second NHRA No. 1 qualifier. Tony Schumacher and Steve Torrence remained second and third. Millican is guaranteed to make it to Round No. 2 on Sunday with only 15 Top Fuel cars on the grid this weekend. He’ll have a first round solo pass.

“(Having that first round bye) is huge. It’s huge,” said Millican. “We will get to go out there and test the racetrack with no win/lose situation. We know we’re going in to the next round. That’s something that doesn’t happen very often, having a bye run. I’m not going to complain about it.”

Funny Car rankings at the top of the chart did not change, with Tommy Johnson Jr. holding on to the top spot. Del Worsham ended up second with Ron Capps in third. Chad Head was the odd man out and did not qualify for Sunday’s eliminations.

For Pro Stock, Greg Anderson remained at the top on the merits of his Friday time with teammate Bo Butner in second and Erica Enders-Stevens in third.

There was a change at the top in Pro Stock Motorcycle as category points leader Eddie Krawiec put down a great time of 6.851 in the heat in the fourth and final round of qualifying to steal the top spot from Friday’s provisional No. 1 qualifier Jerry Savoie. Savoie holds on for the No. 2 spot with Andrew Hines sitting in third. 10th-place Countdown contender Scotty Pollacheck missed the show and will not compete on Sunday.

Eliminations take place tomorrow starting at noon. We’ll have all the updates for you live on Twitter on @Frontstretch and @ToniLMontgomery.