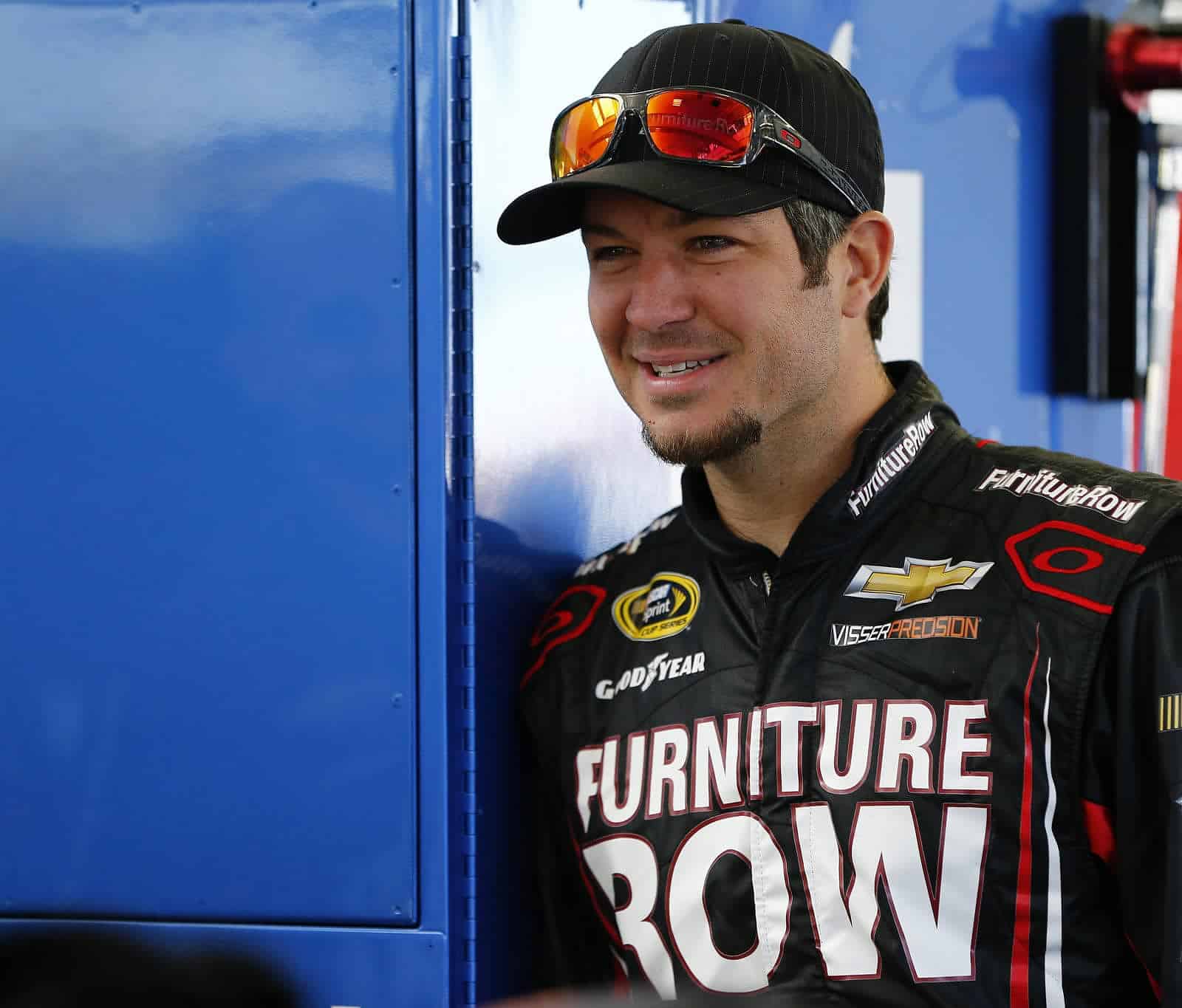 It’s fair to say that the No. 78 Furniture Row Racing team with driver Martin Truex Jr. is one of the underdogs in the 2015 Chase field. However, they showed on Saturday that no one should count them out just yet. Truex was fastest in the first practice on Saturday afternoon and was on top of the field again in final practice.

Truex was fastest right out of the gate with a lap of 29.213 seconds (184.849 mph) on his first lap in the final 50-minute session. The time held up to be fastest in the session. Truex is making his third Chase appearance in his career and will look to capture his fourth career victory, and second of the season, Sunday afternoon in the myAFibRisk.com 400.

Team Penske’s Brad Keselowski rocketed to second late in the session. The 2012 Sprint Cup Series champion has won this race in two out of the previous three years (2012 and 2014). 2013 Chicagoland winner Matt Kenseth and Carl Edwards were third and fourth. Kyle Larson was the fastest of the drivers not in the Chase, placing his No. 42 Clorox Chevrolet fifth on the speed charts.

Jimmie Johnson was sixth fastest with a time of 29.397 seconds. Johnson, who has yet to visit Victory Lane at Chicagoland Speedway, has had his fair share of struggles throughout the summer stretch of the season, but the six-time champion had the fastest 10- and 15-lap consecutive speeds in final practice. Denny Hamlin was seventh, followed by three Richard Childress Racing drivers, Paul Menard, Austin Dillon and Ryan Newman, to complete the top 10.

The first race in the Challenger Round, the myAFibRisk.com 400 can be seen tomorrow at 3:00 p.m. ET on NBCSN.

So qualifying got rained out and Ryan Blaney in the Wood Brothers car had the ninth quickest time and DIDN’T get to race. Another nail in the coffin filled with sponsors. Isn’t it about time to let the fastest qualifiers get to race?