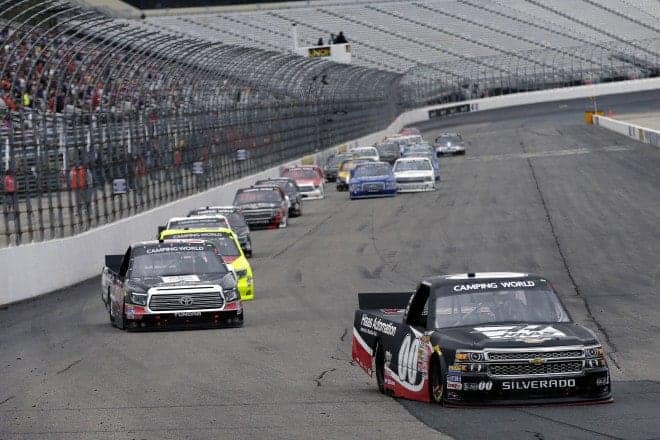 With the end of the season quickly approaching, the NASCAR Camping World Truck Series will add another chapter to the championship tale at New Hampshire Motor Speedway.

NASCAR released the preliminary entry list for the Sept. 26 UNOH 175 at NHMS earlier today (Sept. 21). The list includes 31 entrants, meaning every team will make the race.

Bad news for the field: Kyle Busch is back. Busch, who already has two wins in three NCWTS starts this season, will join prospect Gray Gaulding and championship hopeful Erik Jones to complete the Kyle Busch Motorsports stable.

Japanese driver Akinori Ogata will return to the Truck Series for his second-career start. Ogata, 42, finished 29th in his 2014 series debut.

Defending race winner Cole Custer will look to repeat his first-career victory one year ago. Custer will be joined by last week’s winner John Hunter Nemechek and Cup regular Austin Dillon as Chevrolet looks to earn its fourth win of the season.

The NASCAR Camping World Truck Series will roar to life on Friday, Sept. 25, for two practice sessions. The field will return on Saturday for Keystone Light Pole Qualifying at 10:10 a.m. ET, followed by the running of the UNOH 175 at 1 p.m. ET. Coverage can be found on FOX Sports 1 and MRN.