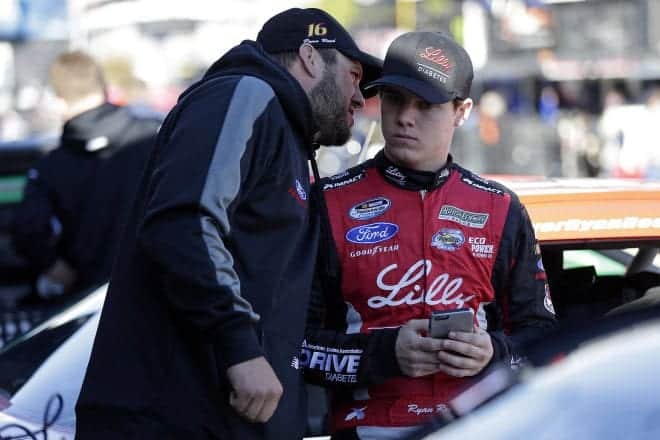 Reed, who captured the team’s first win earlier this year at Chicagoland, will also participate in the ARCA Racing Series test session at Kentucky Speedway on Tuesday in preparation for this weekend’s Crosley Brands 150.

“I’m thrilled to be back behind the wheel of the No. 38 machine for Lira Motorsports for two more races,” said Reed. “I know Carlos [Lira] and [crew chief] Teddy Brown will give me an awesome car to drive and hopefully we can bring home another victory for the team.”

Reed returns to the series this weekend at Kentucky and on October 16th at Kansas Speedway, behind the wheel of Lira’s No. 38 Ford Fusion, with primary sponsorship from Lilly Diabetes.

Reed kicked off the season with a dramatic victory in the season-opener at Daytona International Speedway and is currently ranked 10th in the NXS championship standings. He will team with Lira Motorsports, who is competing in its first year of ARCA competition. The team has recorded 15 top-10 finishes through the first 17 races of the year amongst all of the organization’s entries combined.

The 22-year-old Bakersfield, Calif. native has competed in three previous races at Kentucky Speedway. He scored finishes of 17th and 11th at the 1.5 mile track in NXS action last season and recorded a 14th-place finish in July 2015.

Reed has made two previous starts at Kansas Speedway. In 2012, Reed recorded a 10th-place finish in the ARCA Racing Series event at the track. In 2014, he finished 12th in the NXS race at Kansas.

The Crosley Brands 150 from Kentucky Speedway will be televised live on FOX Sports 1 on Friday, September 25 at 8 p.m.