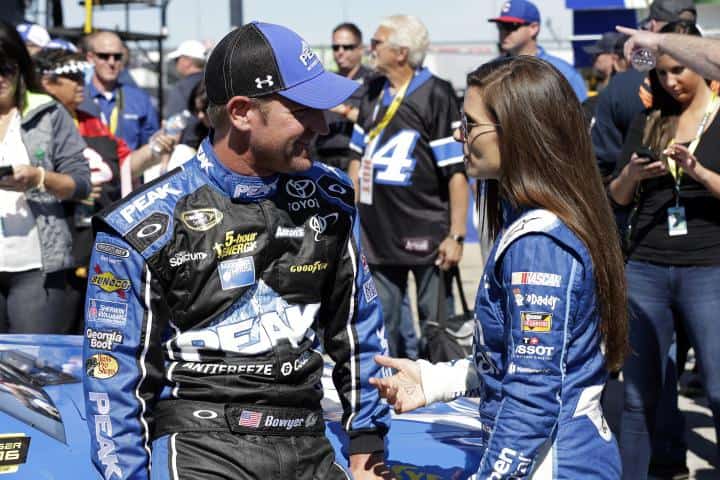 Four teams were penalized following the Chicagoland race weekend and one’s Chase hopes now hinge upon winning one of the next two races.

Clint Bowyer’s No. 15 team was assessed a P4 penalty for an infraction relating to the track bar.

The infraction occurred during opening day inspection, and with it comes a 25-point penalty to Bowyer and team owner Robert Kauffman. In addition, Bowyer’s crew chief Billy Scott has been suspended three races and fined $75,000. He will be placed on probation for the six months following the issue of suspension.

Since Bowyer is in the Chase and there are only two weeks until the Challenger round of the playoffs end, NASCAR has requested to the National Motorsports Appeals Panel that the prescribed appeal process be expedited in the case Bowyer’s team appeals the penalties. It is expected they will appeal.

Bowyer was 15th in points, six points behind the cutoff line. With the loss of 25 points, he will drop to 16th with 2,000 points, the amount he started the Chase with.

In addition to Bowyer’s penalty, Danica Patrick’s No. 10 team was penalized for a modified right-side quarterpanel that was found during pre-qualifying inspection. The P2 penalty places crew chief Daniel Knost and car chief Pete White on probation through December 31, 2015.

On the Xfinity side, the Joe Gibbs Racing teams of Daniel Suarez and Kyle Busch were each assessed a P2 penalty.

Suarez’s No. 18 side skirt was found to be modified following pre-race inspection, while Busch’s No. 54 was too low following the race.

Busch’s crew chief Christopher Gayle was fined $12,500 and placed on probation through the end of the year. Car owner JD Gibbs was penalized 10 owner points as well.

Gee, i could have sworn it was only the HmS cars that cheated.

It’s the other cars that get caught and penalized and appeal and lose the appeals.

How fitting. When MWR first started out in NASCAR they were caught cheating (rocket fuel at Daytona) and now, here we are again. The circle is complete.

it started that way with mwr and it will end this way.