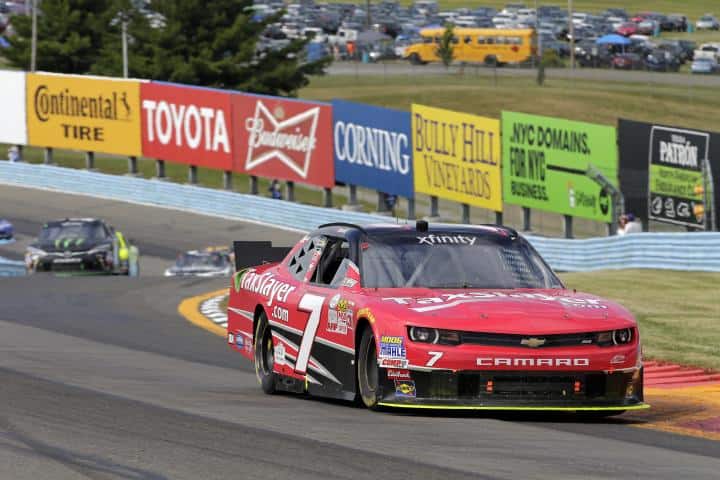 JR Motorsports sewed up more support for 2016 on Wednesday.

The team announced it has re-signed TaxSlayer, longtime team partner, to a 10-race deal in 2016. The company will serve as primary sponsor for the races on the team’s No. 7 and No. 88 cars during the Xfinity Series season.

No driver lineups were announced. The No. 7 has historically been driven by Regan Smith, who is still looking to re-sign with the team. The No. 88 has run with multiple drivers this season, including team owner Dale Earnhardt Jr., Kevin Harvick and Kasey Kahne.

In addition, TaxSlayer will serve as primary backer in one Sprint Cup race for Earnhardt’s Hendrick Motorsports ride in 2016. It will also serve as an associate sponsor on the No. 88 for the rest of the NSCS schedule.

“It has been a privilege to be associated with Dale Jr. and JR Motorsports for so long, and we’re excited to add a new chapter with Hendrick Motorsports next season,” TaxSlayer.com President and CEO Jimmy Rhodes said. “We have found an immense loyalty among NASCAR fans, but especially with Dale Jr.’s fans. We want to continue growing this partnership.”

As part of the announcement, the team revealed that the black and red paint scheme would be redesigned for 2016, with Earnhardt overseeing the project. It will be unveiled on Oct. 5.

“TaxSlayer is one of our longest-tenured sponsors at JR Motorsports,” Earnhardt said. “It’s quite incredible how both of our companies have grown in that time. I’m extremely loyal to them. I hope the fans are, too. We’ve done great things together, and I’m really looking forward to racing a TaxSlayer car in Sprint Cup next year.”