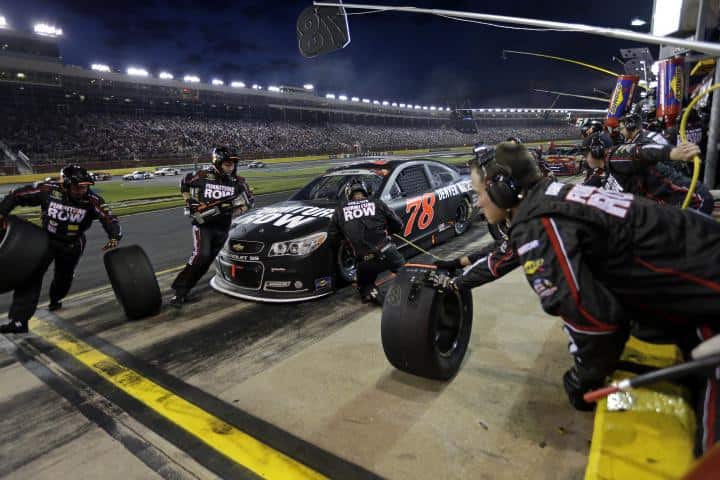 Even though the team is in the thick of the Chase, Furniture Row Racing’s No. 78 will make pit crew changes effective this weekend at New Hampshire Motor Speedway.

The team announced today it will have replacement tire changers for the race on Sunday.

Josh Franko and Adam Hartman will be the new tire changers for the No. 78 team driven by Martin Truex Jr. Franko, who was on the backup pit crew for Michael Waltrip Racing, replaces Dave Collins, who suffered an ankle injury during pit practice on Wednesday.

The team’s pit crew is based out of the MWR shop in Cornelius, North Carolina.

Truex is currently 11th in the Chase for the NASCAR Sprint Cup Series points standings after a 13th-place finish at Chicagoland Speedway. He’s won one race in 2015, with seven top fives and 17 top 10s, coming off a dismal 2014 season in which he missed the Chase and scored just one top five all year in his FRR debut.