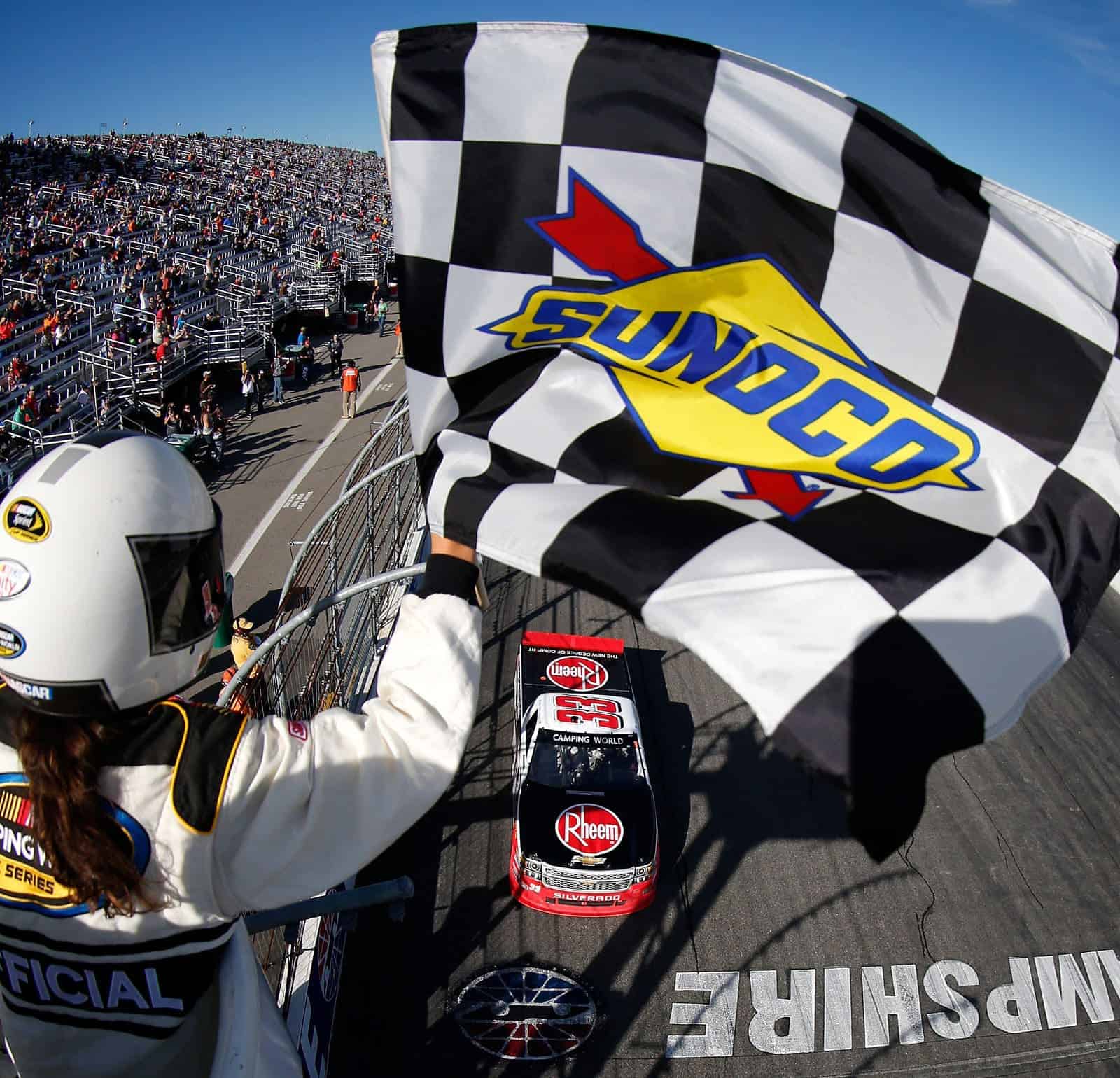 It was a dominant weekend for Austin Dillon. Dillon led every NASCAR Camping World Truck Series practice session, sat on the pole and won the UNOH 175 at New Hampshire Motor Speedway. It’s Dillon’s seventh career NASCAR Camping World Truck Series victory and his first of the 2015 season. Dillon beat out two-time defending champion Matt Crafton for the victory. He led 80 of the race’s 175 laps.

“I just wanted it to go green — and it didn’t,” said Dillon. “But that’s what makes these races fun when you get these late-race restarts. I want to thank GMS for all the support they gave me to run this truck. They did a great job setting it up, but what can I say, a win is a win and I’m really proud of that one. It was a fun restart with Matt. Him and [Johnny] Sauter on the outside, I was a little worried about it. I was a little bit better in [turn] 4 if I had to use it but it worked out good for both of us.”

Kyle Busch finished in the 11th position. Busch led 67 laps but was forced to pit under caution after contact with another truck. His right-rear tire was flat and, according to his team, the tire wouldn’t have made another lap. Tyler Reddick finished in the 15th position. Defending race winner Cole Custer crashed out on lap 144 after blowing a right front tire. He finished 24th.

Erik Jones is still on top of the point standings and leads by seven points over Crafton. Third in the standings is Reddick, who is 19 points out. Sauter is fourth in points, 47 points behind while Hemric is fifth in points, 108 points back. Sixth in the standings is Peters with Cameron Hayley seventh, and John Wes Townley eighth. Spencer Gallagher is ninth and Ben Kennedy rounds out the top 10.

The next race on the NASCAR Camping World Truck Series schedule is the Rhino Linings 350 at Las Vegas Motor Speedway on Saturday, October 3.