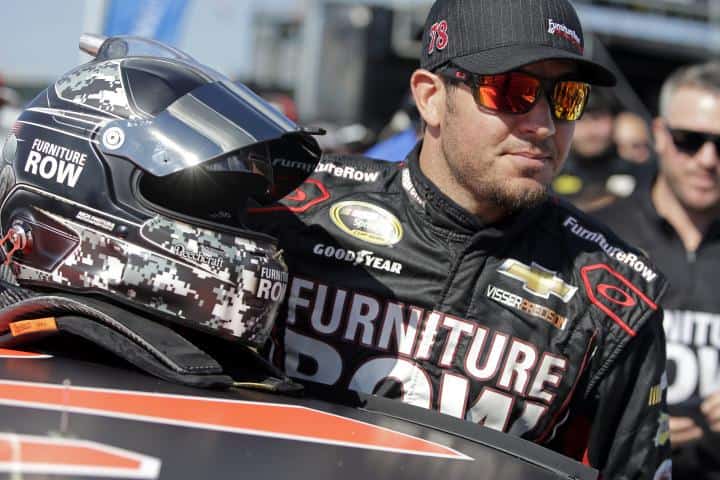 It’s been highly speculated for months that Furniture Row Racing would move to Toyota. On Saturday, Motorsport.com reported that those rumors have been confirmed and the team will announce they will indeed move to Toyota for the 2016 season.

Toyota held a press conference on Sunday at New Hampshire Motor Speedway to announce a new partner. That new partner is FRR.

“As we continue our quest to be a contender for this year’s Sprint Cup championship, it’s hard not to feel the excitement and enthusiasm of becoming an integral partner with Toyota next season,” Joe Garone, president and general manager of Furniture Row Racing, said on Sunday. “The added resources and technical support that Toyota will provide, along with having a technical alliance with Joe Gibbs Racing, definitely increases the growth potential for our team.

The team will remain a single-car operation, and they have resigned driver Martin Truex Jr. The New Jersey native originally signed a multi-year deal prior to the 2014 season and had a tough year, earning a career-low five top 10s and a lone top-five finish. Truex missed the Chase in 2014 and finished a disappointing 24th in the points standings.

However, things have turned around in the 2015 season, and Truex won his third career race at Pocono Raceway in June, making the Chase due to that win and having a solid regular season. They currently sit 11th in the NASCAR Sprint Cup Series point standings entering Loudon.

“I am happy to continue in my role with Furniture Row Racing and feel that we’ve just begun a growth spurt that will take us to a new level,” Truex said. “It’s a great organization and Barney (Visser, team owner) gives us whatever we need to be successful.

“It’s not just the place, it’s the people, especially this year. Last year almost made me want to retire. It’s funny what a year and a couple of different people can bring to the table.”

Truex has signed a one-year deal with the organization. But plans are in place to expand the team to two cars in 2017 given a sponsorship and driver package capable of competing for wins. And come Daytona in Feb. 2016, it will be the first time since the team’s inception in 2005 that it will be a car that isn’t a Chevrolet.

The team has formed a technical alliance with Joe Gibbs Racing, which will be the only other major Toyota team in 2016. JGR expanded to four cars in 2015 with the addition of Carl Edwards, but never formed a true alliance with Michael Waltrip Racing – the other Toyota stable in the Cup garage. But with MWR’s doors closing at the end of the year, it has enabled Toyota to sign FRR.

JGR will provide chassis for the No. 78 team, with Toyota Racing Development building engines. It is unknown how much information JGR and FRR will share, but it will likely be similar to the relationship that the team has built with Richard Childress Racing since 2010.

“I know the folks from Toyota and I am looking forward to being part of their team again. They build fast engines and having a technical alliance with the highly-successful Joe Gibbs Racing is an added bonus to our program. While our primary focus right now is on the Chase, I am eagerly looking forward to what is in store for our Furniture Row Racing team.”