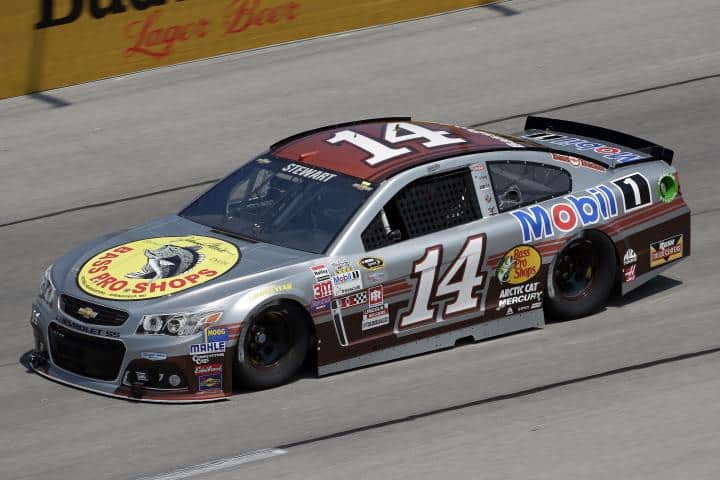 A little less than a year after one of NASCAR’s biggest drivers, Jeff Gordon, announced he was retiring, it looks like another big named driver will announcing his retirement after the 2016 season. Motorsport.com is reporting that three-time series champion Tony Stewart will end his driving career after the 2016 NASCAR Sprint Cup Series season. According to the website, an announcement is expected sometime this week and maybe as soon as Wednesday.

The news comes as Stewart is in the worst season of his NASCAR Sprint Cup Series career. Stewart’s 11th-place finish in the Sylvania 300 at New Hampshire Motor Speedway on Sunday puts him 25th in points with just two top-10 finishes.

Stewart, who is often considered one of the best drivers in NASCAR, has seen a drop in his results the past couple years. He has won just one race in his last 82 starts. His career began to decline when Stewart broke his leg in a dirt track accident in August 2013. He missed the final 12 races of that season. Then his career took another turn when an incident in another dirt track race at Canadaigua Motorsports Park took the life of Kevin Ward Jr. in August 2014. He missed three races due to the incident.

It’s been rumored in recent weeks that Clint Bowyer would take over Stewart’s No. 14 ride when Stewart decided to retire. However, both parties have not commented on the situation. Bowyer is a free agent after the 2015 season after his contract with Michael Waltrip Racing expired due to the team ceasing operations at the end of the year. The move would require Bowyer to drive for another organization for one season before moving into the No. 14 ride in 2017.

Bowyer’s 2016 future has been unclear. One set of rumors had Bowyer driving a second team at Furniture Row Racing. However, the team made an announcement Sunday at New Hampshire Motor Speedway that they would move from Chevrolet to Toyota for the 2016 season and remain a single-car operation with driver Martin Truex Jr.

Another set of rumors has Bowyer replacing Justin Allgaier in the No. 51 Chevrolet at HScott Motorsports before moving to the No. 14 car in 2017. It has been reported that Allgaier and HSM have not come to terms on a new contract for the 2016 season, therefore opening up the ride for Bowyer. The team did confirm that driver Michael Annett will return to the organization in 2016. Motorsport.com reported in August that the team was close to resigning Allgaier for the 2016 season.

And another hit for NASCAR’s fan base.
No surprise though.

Allgaier is a very good driver that is definitely underrated. He gets a lot out of a not so great car. He’s far better than Annett on any given race weekend, so I don’t understand why he’s the one seemingly left without a ride. Hopefully, another team sees the same thing and gives him a new opportunity.

i always find it interesting how drivers that don’t appear to be able to tolerate each other end up working together.

with gordon retiring, that will have lots of empty seats, now stewart, not that he’s ran well, but fans would still watch to see how he ran, to see if he finally started running on all 8 cylinders and got a win.

i wonder if stewart will walk away from na$car and just concentrate on track ownership and sprint cars.

You are fooling yourself if you think Stewart won’t continue to be active with owning his Cup team. No way he sells his share. He will still be at the track most weeks anyways because of that.