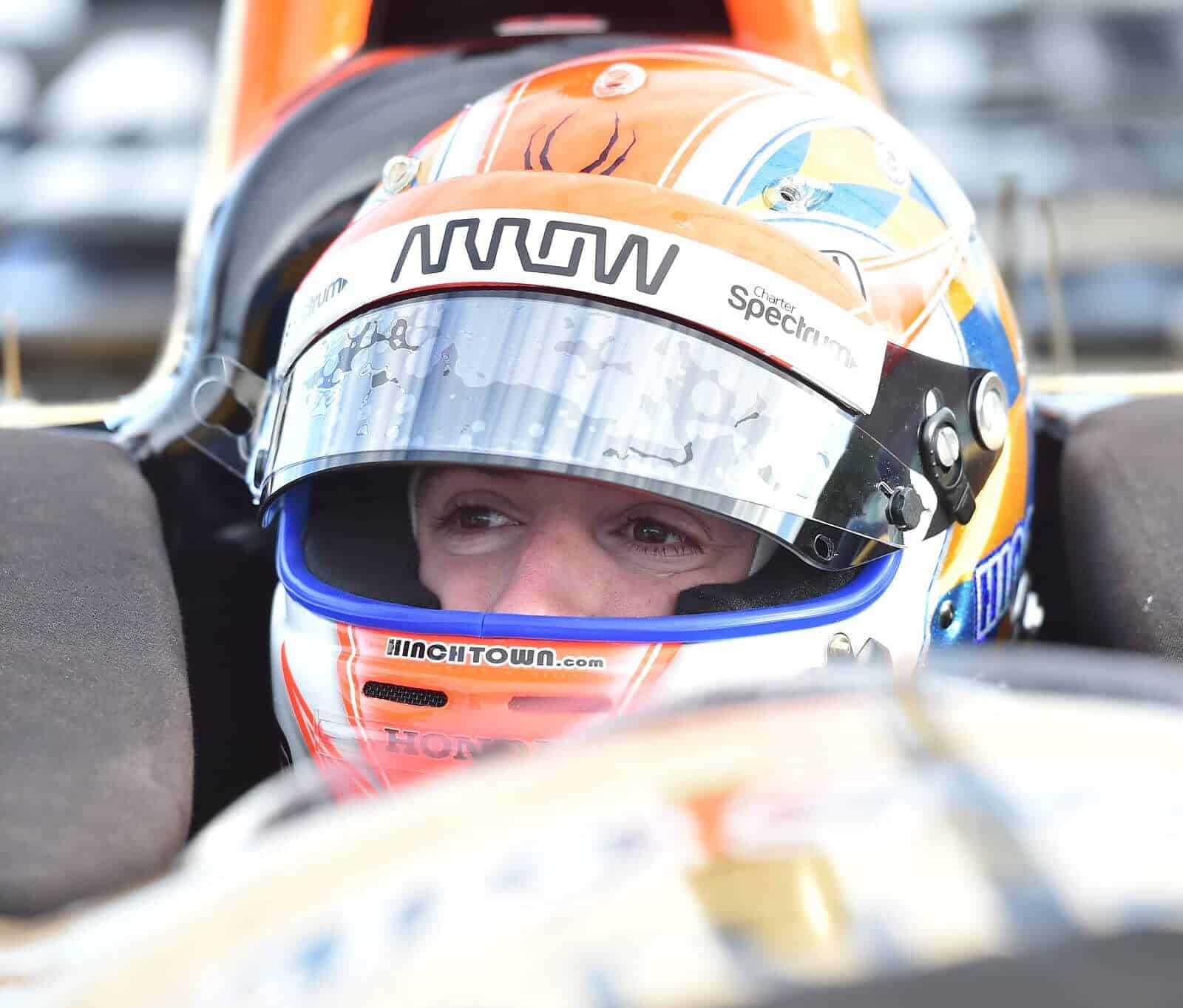 Hinchcliffe, 28, returned to the cockpit of his Schmidt-Peterson Racing No. 5 Honda as part of a Verizon IndyCar Series test at Road America on Monday, held in preparation for the series’ return to the 14-turn, 4.048-mile road course in 2016.

The laps were Hinchcliffe’s first since suffering a violent accident a May 18 practice session for the 99th Running of the Indianapolis 500. Hinchcliffe was injured when a broken suspension from his machine pierced his upper thigh, causing him to lose blood at a rapid rate. Hinchcliffe’s life was saved by INDYCAR’s Holmatro Safety Team, who kept the Canadian from bleeding to death.

Two surgeries and four months later, Hinchcliffe was one of five drivers to test at what he considers his favorite track.

“This track is unreal. It’s my favorite one in the country,” said Hinchcliffe in a release. “So to get to come back here and throttle an Indy car around this place is awesome.”

IndyCar gave fans a chance to follow along with the self-proclaimed “Mayor of Hinchtown” on the series’ Youtube channel.

“We’re going through a lot for Honda, on the aero side, on the engine side, obviously a lot of just chassis-related items as well,” said Andretti. “Just getting through the checklist. Hopefully we have more positive reads than negative.”

Bourdais, a winner at the Elkhart Lake, Wisconsin track in a 2007 Champ Car event, served as the lone Chevrolet driver on Monday.

While Honda’s exploration and Bourdais’s presence brought healthy side stories, all eyes were on Hinchcliffe as he made a much-anticipated return to the series.

“It’s awesome. To see him back in his car, in his natural environment and what he loves to do, it’s great,” said Hunter-Reay. “… We just came off a full season of running and he’s right there with us. I didn’t expect anything less out of him, but it’s cool to see that. He’s got a lot of heart.”

Asked to come to the pit area during a brief run on-track, Hinchcliffe responded with, “I am never coming in. Ever.”

However, while Hinchcliffe’s return may have come quickly, the Toronto native plans on taking things slowly moving forward.

“I did (have some anxiety) a little bit,” Hinchcliffe acknowledged. “But then I looked down and checked my shoes and remembered that the right one is go and the left one is stop, and then everything was fine.”

The IndyCar Series will return to Road America following an eight-year hiatus on June 26.