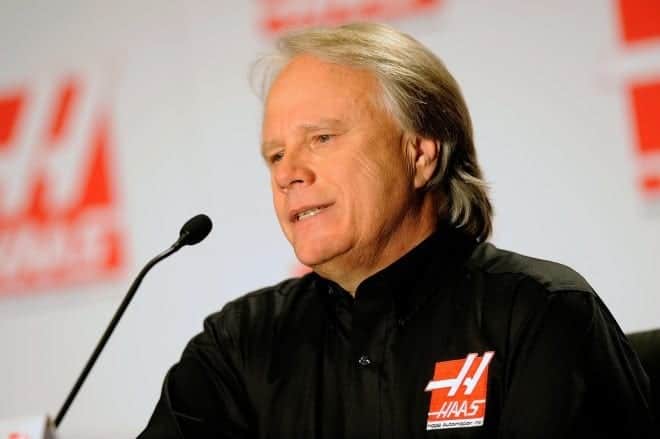 Haas announced on Tuesday that Romain Grosjean will pilot the team’s entry next season in the Formula 1 World Championship. The 2016 season will mark the first year for the Haas Formula 1 team and will become the first American-based team since 1986.

Grosjean, a native of Switzerland, has 78 career F1 starts since making his debut in 2009. The 29-year old has 10 podium finishes and continues to seek his first career victory in the series. He tied his best finish of second two different times throughout his racing career.

Found and chairman Gene Haas explains why the team decided to go with Grosjean:

“We wanted an experienced driver capable of developing our car and our race team into one that can score points and better itself each race and each season,” said Haas in a team release. “We found him in Romain Grosjean. I’ve been involved in motorsports for a long time and learned early on the most crucial component is the driver. Romain has strong credentials and he will be an important asset to Haas F1 Team.”

Grosjean is excited to get behind the wheel with the new team. He’ll get his first seat time in a test at Circuit de Catalunya in Barcelona on March 1-4. He’ll also have the opportunity to at the same track on March 15-18 before the season gets underway on April 3 in Melbourne.

“What Gene Haas and everyone at Haas F1 Team is building is impressive, and I’m very proud to be a part of it,” Grosjean said in a release. “Formula 1 is incredibly competitive and the only way to succeed is by finding new ways of doing things. This is a new opportunity with a new team that is taking a very different approach to Formula 1. I believe in their approach and they believe in me. While I am committed to giving my absolute best to my current team in these last five races, I am very excited for what the future holds at Haas F1 Team.”

Technically minded is what team principle Guenther Steiner likes the most about Grosjean.

“In addition to being an experienced Formula 1 driver, Romain is very technically minded,” said Guenther Steiner, team principal, Haas F1 Team in a release. “He gives strong, specific feedback as to how the car performs. As we develop our car in testing and throughout the season, his insight will be crucial.”

Grosjean currently competes in the series with the Lotus F1 team. He has one podium finish in 2015 at Circuit de Spa Francorchamps. Grojean has an average finish of 10.8 and has completed 75.9% of the laps through 14 races so far this year despite having five DNFs.

#F1 To Be Investigated By #EU as #Sauber and #ForceIndia lodge complaint, this post includes Bernie Eccelstone’s reply http://truesportrealtalk.com/2015/09/29/f1-to-be-investigated-by-european-union-regarding-anti-competition-practices …

another reason you have to love F1. Its not a dictatorship, but you better quick on your feet to keep up with Bernie.

Grosjean reminds me of Jean Girard, Ricky Bobby’s French rival. What about the other driver? Is Haas’ new approach to F1 to only field one car? I tend to disagree with Haas and think the most crucial component in racing is having the best cars. As an extreme example, look at Rosberg versus Alonso this year.

It will be interesting to see how this team fares during its first several years. No fan of Haas, but it should add some drama to the sport.
Grosjean has some really bad races in his first stint in F1. Since he returned he has actually done pretty well. Probably as good as a start up team could expect to get.

Who will drive their second car?