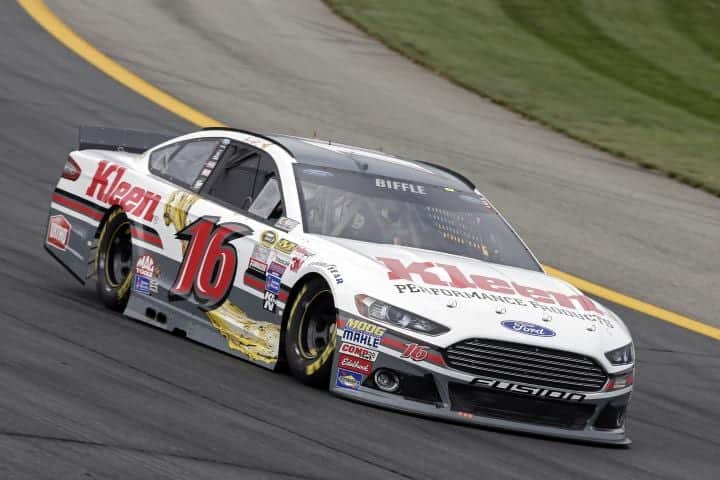 We’re at the place in the Chase where the pressure is really on when the Sprint Cup Series goes to Dover next weekend. It’s the first elimination race and we will see who the first four out will be. And after Sunday’s race at New Hampshire, it’s just not really clear cut who will be in or out after Dover.

So when it comes to the NASCAR Sprint Cup Series, it seems it’s really just Joe Gibbs Racing’s world and everyone else is just living in it. With Matt Kenseth winning Sunday, the Gibbs cars have now won 10 of the last 13 races. Kenseth was pretty good all day, but maybe not quite the fastest driver out there. But as is sometimes the case, the fastest car doesn’t always win, and that was the case when leader Kevin Harvick ran out of fuel with four laps to go. Sure, maybe it was a bit of good luck, but also good strategy, as Kenseth had pitted late enough to make it the full distance. Now he and his crew can breathe a little easier for one week, before the next Chase round begins.

Of course, there can only be one winner in a race, but this group of drivers is almost guaranteed a place in the next round of the Chase: Denny Hamlin is guaranteed to advance as he won at Chicagoland, but also Carl Edwards, Jimmie Johnson and Joey Logano have a 26-point advantage or more over 13th place. It would pretty much take a disaster for one of those guys not to make the second round of the Chase.

In honor of baseball great Yogi Berra passing away this week, when it comes to Ryan Newman, you have to wonder if it’s déjà vu all over again for him in the Chase this year. Last year it was Newman, who did not win a race, who finished second in the Chase as he finished second at Miami to champion Harvick. Newman may be at it again. He has finished fourth and 10th in the first two Chase races. Yes, we know, that’s nothing spectacular, but he has an 18-point cushion over 13th place heading to Dover and sits sixth in the standings. So, there are at least 10 other Chase drivers, not mention the other 27 non-Chasers, who would love to be in Newman’s shoes for sure.

It’s been a pretty miserable year for Greg Biffle, and really, all of the drivers at Roush Fenway Racing. And while he was nowhere close to making the Chase this year, Biffle and the rest of the No. 16 team actually had to feel good about their finish on Sunday. Biffle finished fourth and even led 12 laps in this race. It was just his third top five, and fourth top-10 finish, of the season. So, it’s not a lot, but it is something for Biffle and a team that is looking for any kind of positive result to hold on to.

In The Cooler (Cold)

The one Gibbs driver who did have a bad day was Kyle Busch. He ended up in 37th after some mid-race issues left him several laps down. But making it to the next round of the Chase is not a lost cause for Busch. He is just one point behind 12th-place Dale Earnhardt Jr. for the final transfer spot. So, sure, he will need a good finish at Dover, but he’s certainly not in a win or go home mode. If he gets a top 10 at Dover, he’ll be good to go to the next round.

It’s always difficult when NASCAR has to make a judgment call about something that happens on the track during a race. So, in this one, Brad Keselowski was penalized with a drive-through penalty for jumping a restart just ahead of leader Biffle. But I’m not sure NASCAR got this one right, considering the spirit of the rule. For one, Biffle was slow going to the line, as there was nice chain reaction of bumper to bumper cars in the line behind him. And also, Keselowski made sure to allow Biffle to have the lead going into the first corner, so while he may have been a half-car length ahead of Biffle at the start-finish line, he didn’t use that to his advantage. So, in the spirit of this rule, NASCAR was in error on this ruling.

Harvick probably wouldn’t mind if NASCAR had switched back to its old point system for 2015. The driver with 18 top-five finishes and two victories this season is now in real danger of not making into the final 12 in the Chase. He is 23 points behind Earnhardt Jr. for that 12th and final Chase spot. His early exit last week put him in a hole already, and then while having the dominant car and leading 216 of the 300 laps Sunday, he was in a fuel-mileage situation while leading at the end. He and crew chief Rodney Childers decided to go for it, but lost on this gamble. So now, with Johnson having been the dominant driver at Dover for years, and with Stewart-Haas Racing’s alliance with Hendrick Motorsports, you wonder if there will be any note-sharing between Childers and Johnson crew chief Chad Knaus. It wouldn’t be a surprise if there is not, simply because Johnson knows one of the best chances for him to win a seventh title would be not to have Harvick contending for one. All this means if Harvick is running well, say in the top five next week, there will be a lot of scoreboard watching going on in the No. 4 pit stall.

Danica Patrick got a bit of good news earlier this fall when it was announced she has a full-time sponsor for 2016. She seemed to be ready to deliver have some more good news as she was running 12th just past 200 laps Sunday when she was bumped by Newman, who was bumped by Jeff Gordon on the side and slid up into the wall. She also took a pretty good hit from David Ragan after backing down the track after hitting the wall. So, Patrick was left with a 40th-place finish and leaving many who selected her as an inexpensive option in fantasy leagues disappointed, too.

So you couldn’t even mention Gordon in your article? So sad!