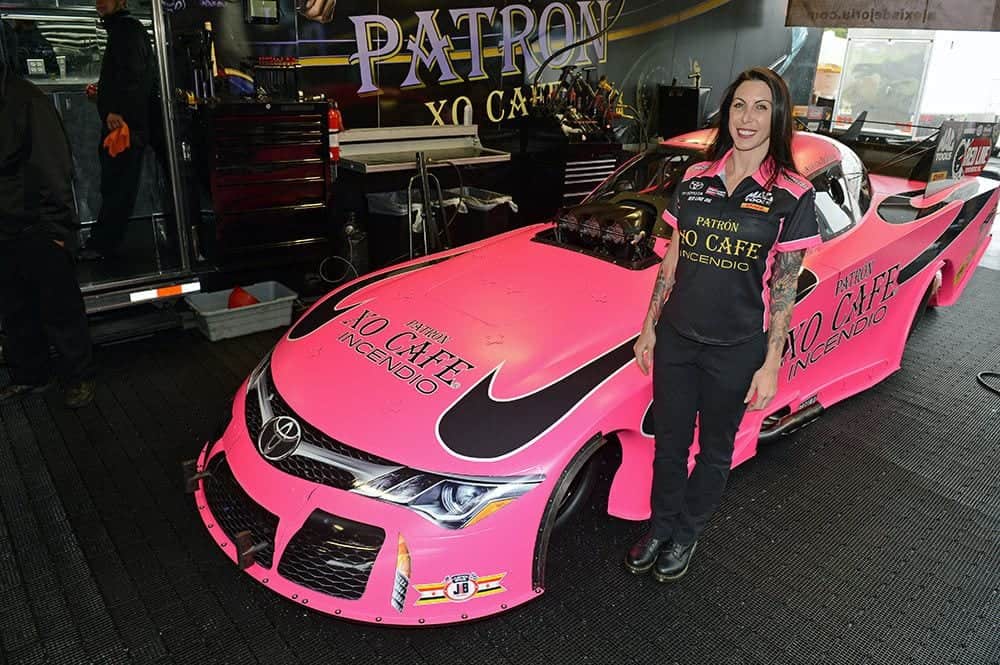 Normally, I think of Silly Season as a NASCAR thing, that time of year when drivers, sponsors and teams start making moves and announcements for the coming season. In some cases, the moves will take place at the end of the year. Other times, it might be right away or with at least a few races left in the year to get a jump on next season.

Given the moves surrounding the temporary (at least for now) shuttering of Alan Johnson Racing, detailed here last week, and now all the moves that have happened in the Elite Motorsports camp over the last week, it looks more like Silly Season is upon the NHRA this time.

To catch you up in case you missed it, Vincent Nobile showed up in St. Louis in the seat of an Elite car, a switch from his alliance with KB Racing. Nobile was in the red Elite car that Jeg Coughlin Jr. raced recently at three events. Now this week, Elite has announced the addition of Brian “Lump” Self, formerly the crew chief for Chris McGaha, as a crew chief for Elite, joining current head wrenches Rick and Rickie Jones as well as Mark Ingersoll.

Clearly, Richard Freeman is a team owner who is already working on getting a good jump on next season. “We have some big plans for 2016 and beyond,” Freeman said. “This will allow him (Self) a little time to get up to speed on how we do things on a daily basis.”

Between Elite and AJR, there are already some things to keep an eye on over this offseason. Looks like Silly Season is getting into full swing a little early and with Pro Stock set for changes in 2016, there’s a lot of adjustments to evaluate in the weeks ahead.

Some things most people don’t know about Drew: Odds are people don’t know much of anything about Skillman, seeing as this year is his first running the pro classes. It’s not his first year in drag racing, however. Drew comes from a racing family, as his grandfather Ray Skillman and father Bill were racers as well. Skillman has also made some noise in the NHRA Lucas Oil Drag Racing Series in Stock and Super Stock competition, winning five times in Stock and once in Super Stock. Two of those Wally trophies came on the same day as he swept the two classes at Atlanta in 2012.

Hector Arana Jr. had a great week last week. He proposed to his girlfriend, Nicole Nobile (she said yes), was reunited with his brother Adam, who joined the U.S. Coast Guard after last season but was able to get a weekend pass to join his family at the track in St. Louis, and capped it off by winning in the finals over his father at the AAA Insurance NHRA Midwest Nationals last weekend. It seems like a good week to feature Hector Jr. telling us about something crazy (and fittingly in this case, it’s crazy-good) that’s happened to him at the racetrack.

We’re always talking about the Nitro cars but to back up a step, just what does this mean and why are they called that? It is because they burn nitromethane for fuel. Nitromethane is the result of a chemical reaction between nitric acid and propane, a fuel used pretty much exclusively in specialized drag racing classes like Top Fuel and Nitro Funny Car. The chemical formula for it is CH3NO2. Gasoline is C8H18, so nitromethane is a little like gasoline that has been mixed with nitrous oxide. The oxygen atoms help it burn and provide more power when combusted inside the engine.

The Countdown marches on, this weekend stopping off in Reading, Pa. at Maple Grove Raceway for the NHRA Keystone Nationals. This event marks the third of the six Countdown races. Tune in on Sunday night!